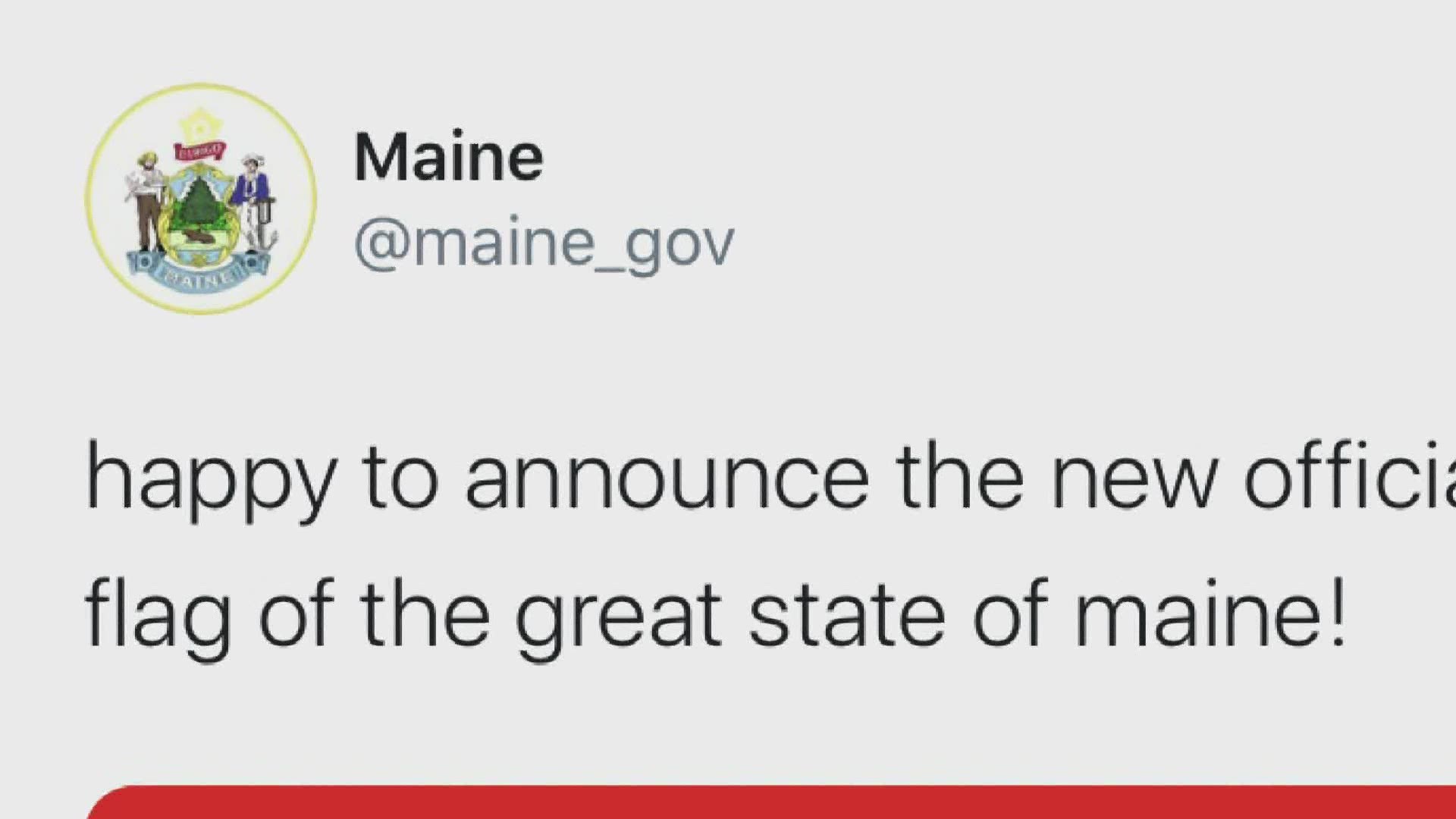 AUGUSTA, Maine — With so much information filling our news feeds, sometimes it can be challenging to tell what's real and what isn't.

happy to announce the new official flag of the great state of maine! pic.twitter.com/yxO3gWiM3A

It says, "Happy to announce the new official flag of the great state of Maine!" and below is a rainbow flag, a symbol recognized for the LGBT community.

This tweet, posted on Saturday, at last check has over 92,000 retweets. This came just ahead of National Coming Out Day, Sunday, October 11.

While the tweet's intentions may have been good to raise awareness and offer support it was posted on a parody account. Some people knew that but some people did not.

The bottom line is this is not the new state flag and this is a parody account.

The governor's office confirmed to NEWS CENTER Maine that "this account and its posts are not affiliated with Maine State government."

The first thing to look for? That little blue verified checkmark from Twitter. This account does not have one. That little checkmark is how Twitter identifies an account of public interest to be valid.

Also, take a look at the history of tweets. It doesn't take long to scroll down and identify some language, even expletives, you certainly would not expect from an official government source.

According to the governor's office, that account "predates the current Administration and is unverified" and it has not been active since 2012.

Amid the election season, it's an important time to know what's real and fake online. Twitter this month announced a series of significant changes to prevent the spread of misinformation.

For example, starting October 20, users will be encouraged to quote tweets and add their own context instead of just retweeting.

It can be a confusing time online, but before you like or retweet something you believe to be authentic, it's worth a closer look.