The folks over at STRIVE in South Portland were ecstatic to hear the news, saying they have several big hockey fans at their program. 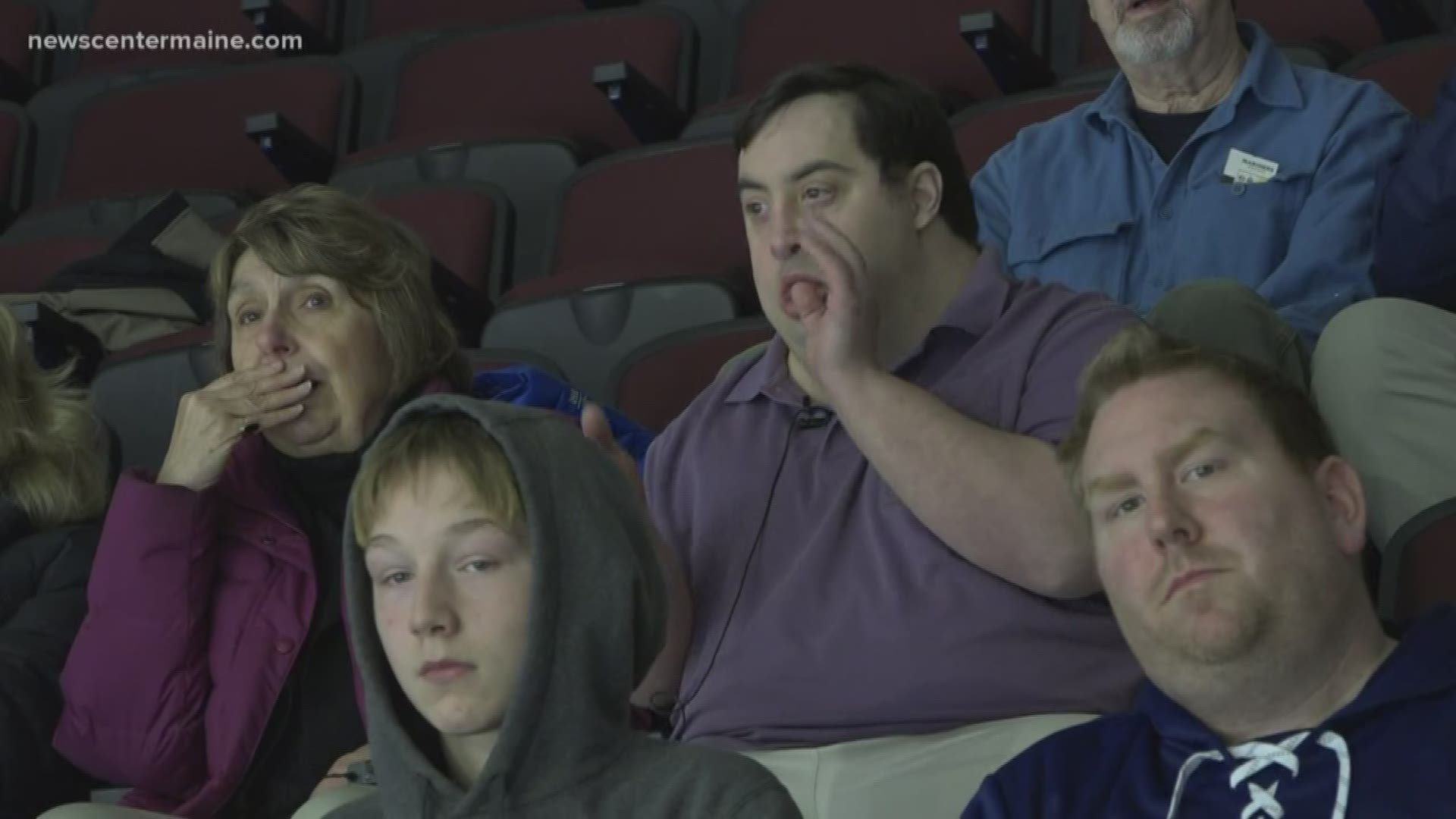 PORTLAND, Maine — Folks at PSL Services, or STRIVE, were surprised with two season tickets to the Maine Mariners earlier this week from the team's goalie, Tom McCollum.

STRIVE is an organization based out of South Portland that provides people with intellectual and developmental disabilities or mental health diagnoses a community of support and assistance in finding greater independence.

It's part of McCollum's 'Goalies Who Give' initiative, which was created and adopted by the team this week. McCollum says the hockey community is always looking for ways to give back. This is something he has tried to do with every team he has played for.

"For me it was about continuing something that I've done for the last six or seven years," McCollum said. "It's something I really enjoyed once I got into it and I just feel like it's really important for the team to give back to the community and really help establish that great relationship."

After seeing a thank you video from one of the participants over at STRIVE, McCollum said their smile tells you everything you need to know.

"The most exciting part is just seeing that smile on his face." McCollum said.

In addition to the two tickets, the Mariners will be throwing in a couple more for family and friends of the participants who use them this season. They will also be invited out on the ice after the game and even have the chance to see the teams' locker room.

STRIVE's Associate Director, Peter Brown says he was over the moon to hear about the donation.

He says what makes the donation even more special is that they didn't even ask for it.

"It means a lot to us when things like this happen genuinely," Brown said. "We certainly have our hand out to the community a lot, but this just happened, and it was all initiated by the teams' goalie."

STRIVE participant, Jeff Goranites was ecstatic when he heard about the tickets. He's a huge hockey fan and says the Mariners are his all-time favorite team.

"It feels awesome, I really like this a lot," Goranites said. "Thank you to the goalie and I hope he has a great season."

The team expects STRIVE participants to start taking advantage of their tickets as soon as this weekend.