COVID-19 cancelled Maine Maple Sunday in March, so from October 9 to 11, Maine Maple Weekend is happening, as part of the Northern American Maple Tour. 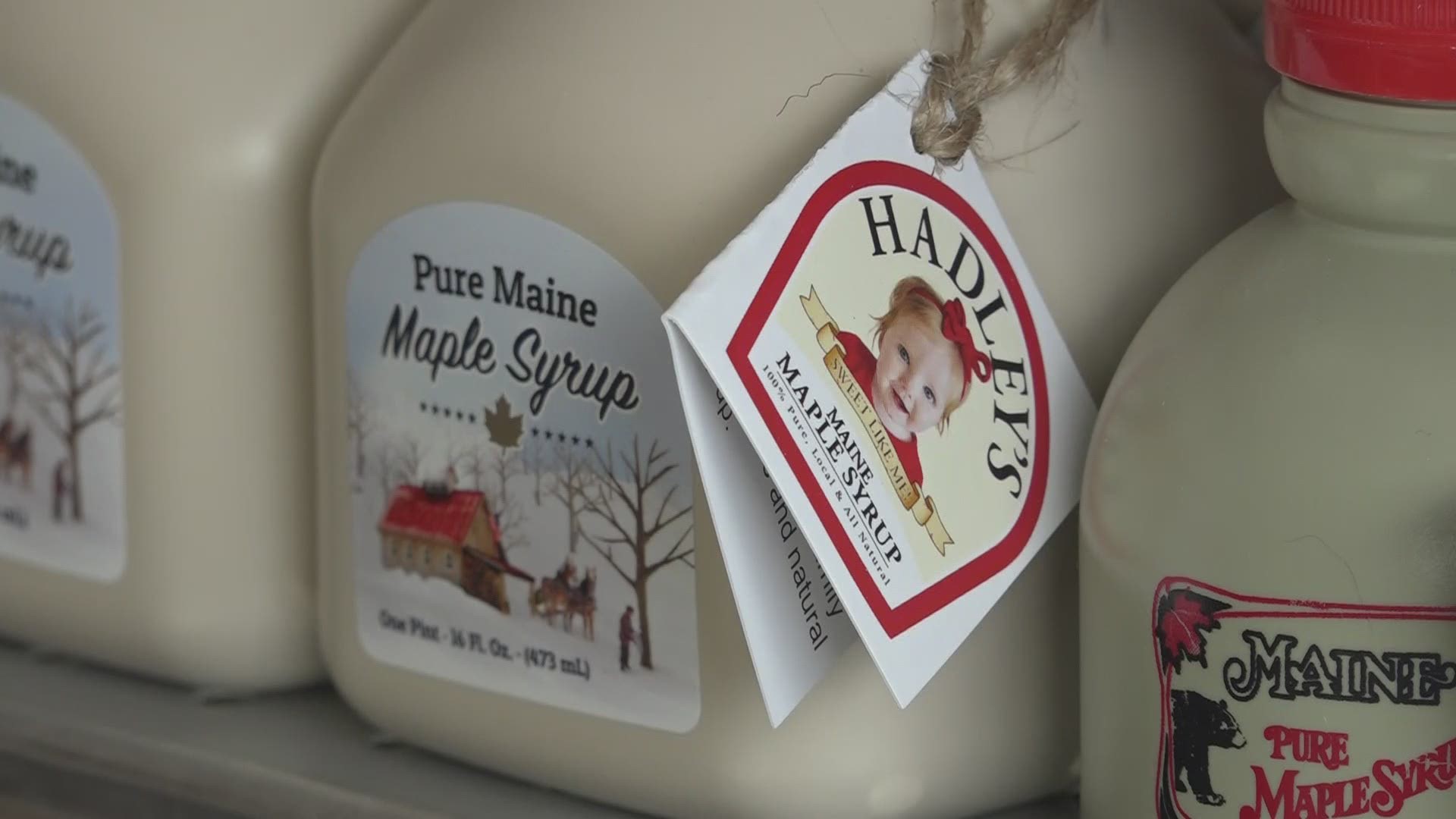 MAINE, USA — Brightly colored leaves normally indicate it's time to enjoy pumpkin spice and unpack last year's sweaters. This year, though, maple is another thing Mainers can celebrate in October, as part of a new tradition stemming from coronavirus pandemic challenges.

From October 9 to 11, Maine Maple Weekend is taking place in conjunction with the North American Maple Tour, which runs from October 9 to 18. The purpose of these events is to allow visitors to purchase maple syrup and see facilities, with some tours and limited tastings. Sugarhouses won't be in action until late winter and early spring in 2021 -- but this is an opportunity for people to squeeze some maple in this year and allow producers to make up some of the revenue they lost following the cancellation of Maine Maple Sunday in March.

In honor of #MaineMapleWeekend, I had to share these classic 2008 pictures😂From October 9-11, a number of maple producers will be open, after #COVID19 cancelled Maine Maple Sunday in March. Details about this new tradition on @newscentermaine at 5:30 and 6:30 a.m. #wakeMEup pic.twitter.com/Tz2PqVJ9EA

"Sales outside of Maine Maple Sunday have been strong, if not reported up for most producers -- however, a lot of producers report that they make 50-80 percent of their annual sales on Maine Maple Sunday," Scott Dunn, the president of the Maine Maple Producers Association, told NEWS CENTER Maine via Zoom. "It’s a tough one to make up, even with strong sales."

Dunn says the maple industry is important year-round, since it provides more than 500 jobs and brings in more than $27 million to the state. It's why he and participating maple producers hope this weekend will be relatively successful, with COVID-19 precautions in place, like the use of masks and hand sanitizer, as well as social distancing.

In Clifton, vice president of Linda's Maine Wild Blueberries John Williams has been busy preparing for the event, bottling almost 50 gallons of maple syrup last weekend. This entire tradition is very new to Williams -- in fact, March was supposed to be his first official Maine Maple Sunday. He started tapping trees a few years ago as a hobby and eventually it grew into more than that.

"It’s just good to be outdoors and involved as a family, and that’s the big thing," Williams told NEWS CENTER Maine. "We love people. We love to meet people and share experiences."

Williams says this weekend, they will be offering whoopie pies, cookies, maple syrup, and cotton candy. They aren't expecting a huge turnout but are hoping to see some people show up, since they lost some business in their other undertaking (growing and selling blueberries) this summer, with fewer tourists driving up Route 9 to Canada.

Hours south in Lebanon, Frank Ferrucci, the co-owner of Maple Moon Farm, is also preparing for this weekend, saying he and his team have had to get creative to figure out how to handle a large amount of syrup they're not used to having this time of year. Still, like Williams, Ferrucci says he is largely in the business for the human interaction and is looking forward to seeing hopefully a couple hundred people turn out this weekend.

"It’s something I can’t imagine not doing, even if from an economic standpoint it can be a little challenging sometimes," Ferrucci said with a smile, while chatting with NEWS CENTER Maine via Zoom.

Maple Moon Farm has been in business since 2013. Ferrucci says they have a large farm, which will allow for social distancing this weekend. They will have products for sale and walking tours through the sugarbush, and the sugarhouse will be open to one group at a time to learn about the history of the craft.

Ferrucci encourages visitors to check out a handful of different maple producers, since he says they all run a bit differently. The goal is to have Maine Maple Weekend happen in the fall every year, as an addition to the classic Maine Maple Sunday in March.

The Maine Maple Producers Association represents about 250 producers in the state. To see a list of which producers are participating this weekend, click here.