The Maine Legislature adjourned in March because of the coronavirus pandemic, which likely means a lot of responsibility will fall on the 130th Legislature. 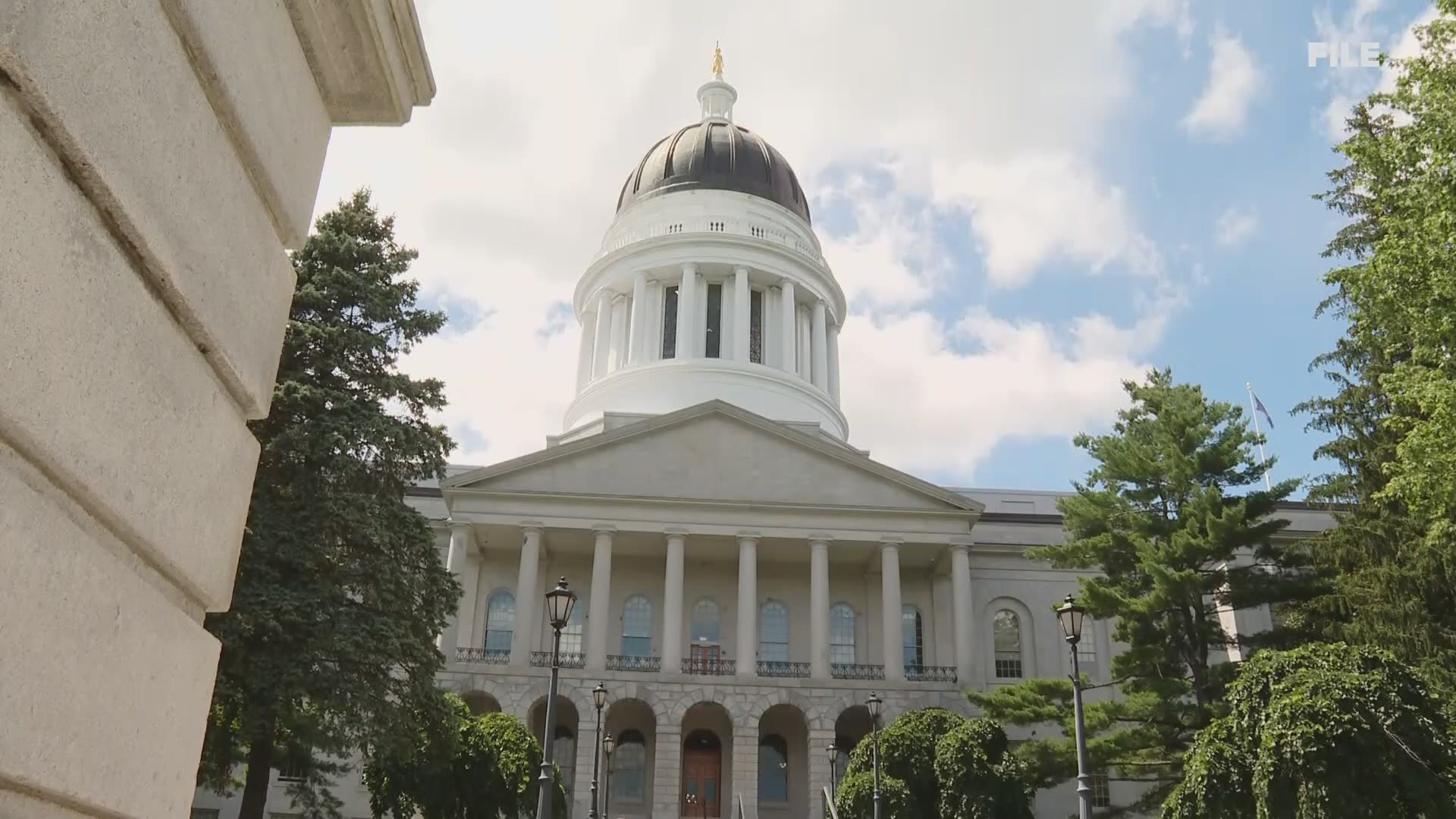 AUGUSTA, Maine — Political signs are a sign of the times in 2020. In Skowhegan, boards with the names Betty Austin and Jennifer Poirier are scattered about yards and sidewalks, as these women compete for a place in Maine's 130th Legislature.

Betty Austin is the incumbent state representative candidate for House District 107, which represents Skowhegan and part of Madison. She is running for her third term in House and says the key issues she cares about are health care, education, and finding ways for the state to make more money, so people don't have to pay more taxes.

"I want to see more people be able to lift themselves up and have jobs that they like doing -- and make enough money so that they can really enjoy their lives and do things for their children," Austin told NEWS CENTER Maine.

Austin is a Democrat but says she used to be a Republican. Before taking a seat in the House, she was on Skowhegan's budget committee, planning board, and selectman's board. She says her goals entail looking at building instead of cutting back.

"Priorities are to make sure nobody gets lost in the cracks," Austin noted.

The woman challenging Austin is republican Jennifer Poirier, a long-time member of the region's school board. She says she wants to see a change in leadership, telling NEWS CENTER Maine it's been more than a decade since the district has had a Republican representative.

"The state budget is way beyond its means, and we need to reduce the spending to make Maine viable in the future," Poirier expressed, adding that she believes the government spends too much money on committees and projects that aren't necessities.

Poirier's key issues are reducing spending the state, helping businesses that have been hurt by the coronavirus pandemic, and improving trades and living skills programs to try to keep a younger generation in Maine.

"We need to have opportunities for our kids here to make them want to stay and start their families and careers here," Poirier said.

Most eyes are on the presidential race in #Election2020, but there are a lot of local seats at stake, too. This morning on @newscentermaine, I'll explain what priorities may look like in the 130th legislature, after an early adjournment this year because of #COVID19. #wakeMEup

This race is one of many races for local seats happening around the state, as the 2020 election gets closer by the hour. This year, the Maine Legislature adjourned in March and has required a special session to vote on bills. Democrats have voted to do so, but Republicans have not, which means a lot of responsibility will likely fall on this next group of lawmakers.

"The rubber is going to meet the road, and something's going to have to give," Trey Stewart, the assistant Houser Republican leader, expressed to NEWS CENTER Maine via Zoom regarding the state's budget. He says the election represents a "critical juncture" in dealing with financial challenges in our state, adding Republicans did not vote for a special session because they want to focus on the state of emergency and budget challenges, while Democrats want to run businesses "as usual".

"Ronald Reagan said it best. The problem is not that the citizens are not taxed enough -- the problem is that the government spends too much," Stewart added, emphasizing his concerns and frustrations with the state's budget.

Officials with the House Majority Office declined an on-camera interview, saying a lot of decisions will come down to who is the future leader in the House post-election 2020. They did say Senate President Troy Jackson and Speaker of the House Sara Gideon have worked with the executive director's office, House clerk, and Senate secretary to create a plan for the Legislature to meet. That is designed to serve as a guide for whoever is elected.

The House Majority Office added that on September 17, Gov. Janet Mills signed a curtailment order to try to maintain budget stability during the pandemic. The administration did not make program cuts. Instead, it used CARES Act funding, federal grants, and agency cuts to keep order. You can read more about how funds were distributed here.