A report by the University of Maine's School of Economics finds hospitality sales in the state were still down by about 31 percent as of June 17. 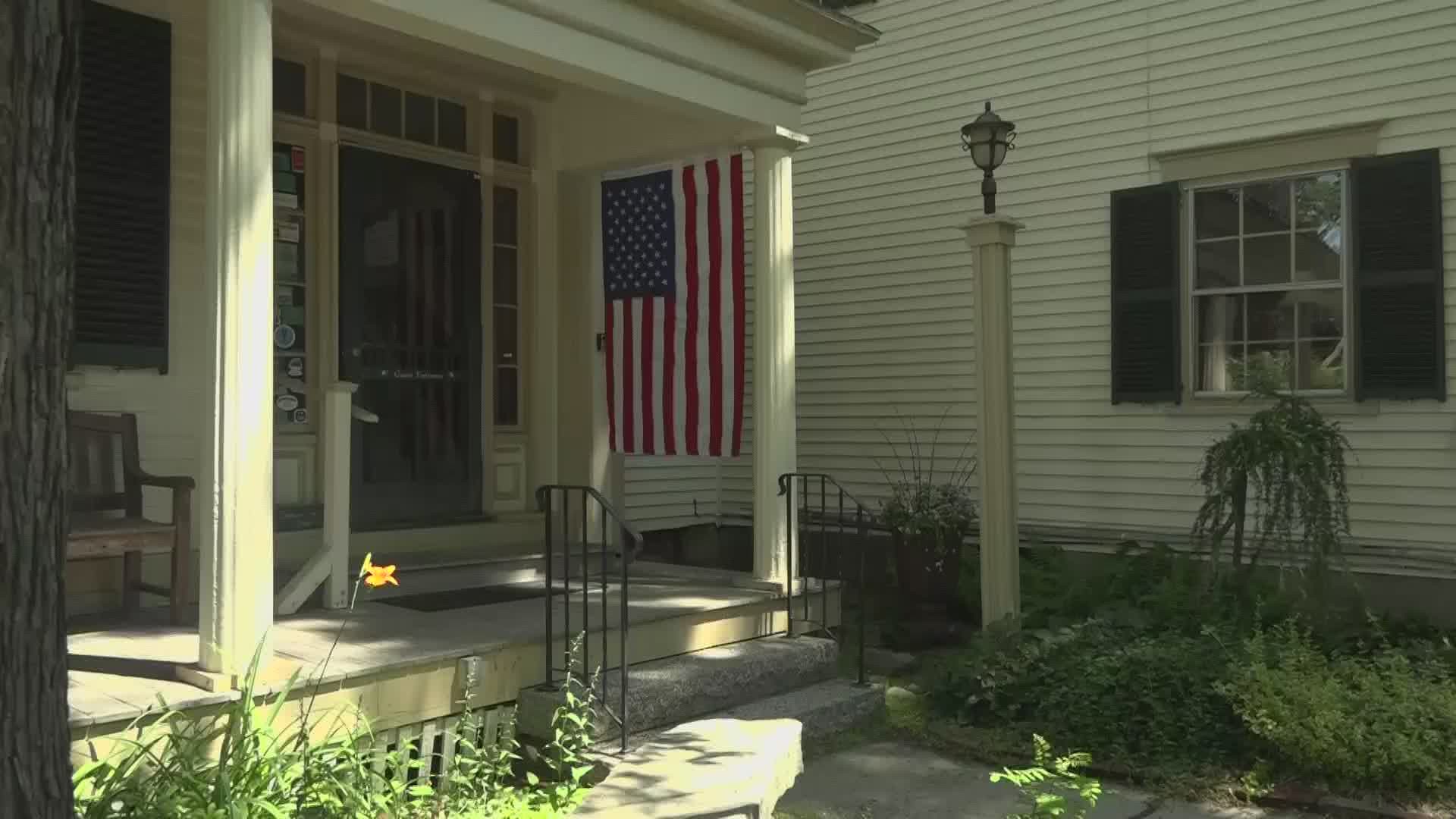 BRUNSWICK, Maine — Eileen Hornor has owned The Brunswick Inn for more than a decade. She says that over the years, she has seen demand grow among loyal regulars, Bowdoin College students, and people coming to Maine's largest town to experience its restaurants and renowned local theater.

"We would have been completely full, and there would've been kind of a buzz and excitement," Hornor expressed, adding, "There would have been people having drinks on the porch and getting directions to Popham Beach -- and the staff would’ve been excited to get really rolling again."

This year is much different. Hornor says the coronavirus pandemic hit like a "tsunami of bad news". She has been able to rely on some business from Bowdoin College students this spring and upcoming fall who want to be in town for the semester but aren't allowed on campus -- but says demand this summer doesn't look promising.

"In terms of numbers, you know, it's devastating financially," Hornor shook her head.

She says at this point, her mindset has completely changed. Now, instead of trying to be profitable, her goal is to simply "hang on" -- and hopefully bring back the staff members she had to let go, who she says rely on the inn to make a living. It will certainly be a challenge, though, since Hornor says she hasn't been getting many calls so far.

"Even though Governor Mills has opened up the state somewhat, I'm not getting a lot of inquiries," Hornor said. "I feel like people are not in the mindset or traveling or vacationing."

RELATED: Confirmed coronavirus cases are rising in 40 of 50 states heading into holiday weekend

According to HospitalityMaine, the state's hospitality industry was on track to a 14th-straight record-breaking year until March when COVID-19 hit. Now, these businesses are struggling to stay afloat during what would be some of the busiest months of the year.

Steve Hewins is the president and CEO of HospitalityMaine. He says hotels and inns have been even more affected than restaurants. He's worried Gov. Mills' decision to permit some traveling between states is still not enough, since Massachusetts residents are still not allowed to travel to Maine. Those visitors typically make up about 40 percent of the pine tree state's tourism market.

"Normally hotels would be 100 percent sold out," Hewins said of past Fourth of July holiday weekends. "(This year) many of them are anywhere between 10 percent and, let's say, under 50 percent full. No one’s really above that."

Hewins says the implications of these low numbers stretch beyond the hospitality industry, too.

"The tentacles of the industry go deep into the economy," Hewins explained. "It's not just restaurants and hotels, but it's all the businesses that are affected and impacted by tourism and visitors."

A report ("Impacts of COVID-19 on Maine’s Hospitality Sector") released by the University of Maine's School of Economics earlier this week indicates sales in hospitality were down about 31 percent as of June 17, the latest recorded date. Comparing Maine Revenue Services data from this year versus 2019, March was down about 35 percent and April was down about 63 percent. The report estimates the hospitality sector will generate about $4.6 billion in revenue in 2020, which is a 33 percent decline compared to 2018.

Last year, July and August both brought in more than $600 million in hospitality sales, and June and September brought in $450 million. Those numbers account for about half of total hospitality sales in Maine, which proves the summer season is essential.

"We're projecting a large decline for 2020 based on what's already happened and kind of what you may expect the summer to look like," Todd Gabe, a professor of economics at the University of Maine and a co-author on the report, said.

Gabe says normally there are more than 70,000 jobs in hospitality in our state -- but for 2020, he is projecting about 46,000. He added that just because the state is reopening doesn't necessarily mean tourism numbers and demand will follow that trend.

"Before people were told they had to stay in, they were slowing down their activity," Gabe explained. "What that means is even as we loosen restrictions and say, 'Okay, people can start going out now', we can't tell for sure."

The entire report is as follows:

RELATED: VERIFY: Does a requirement to wear a face mask violate constitutional rights?