A team of four friends from Maine has started an Indiegogo account to raise up to $50,000 for the suspense-thriller, independent film "Fallen Drive". 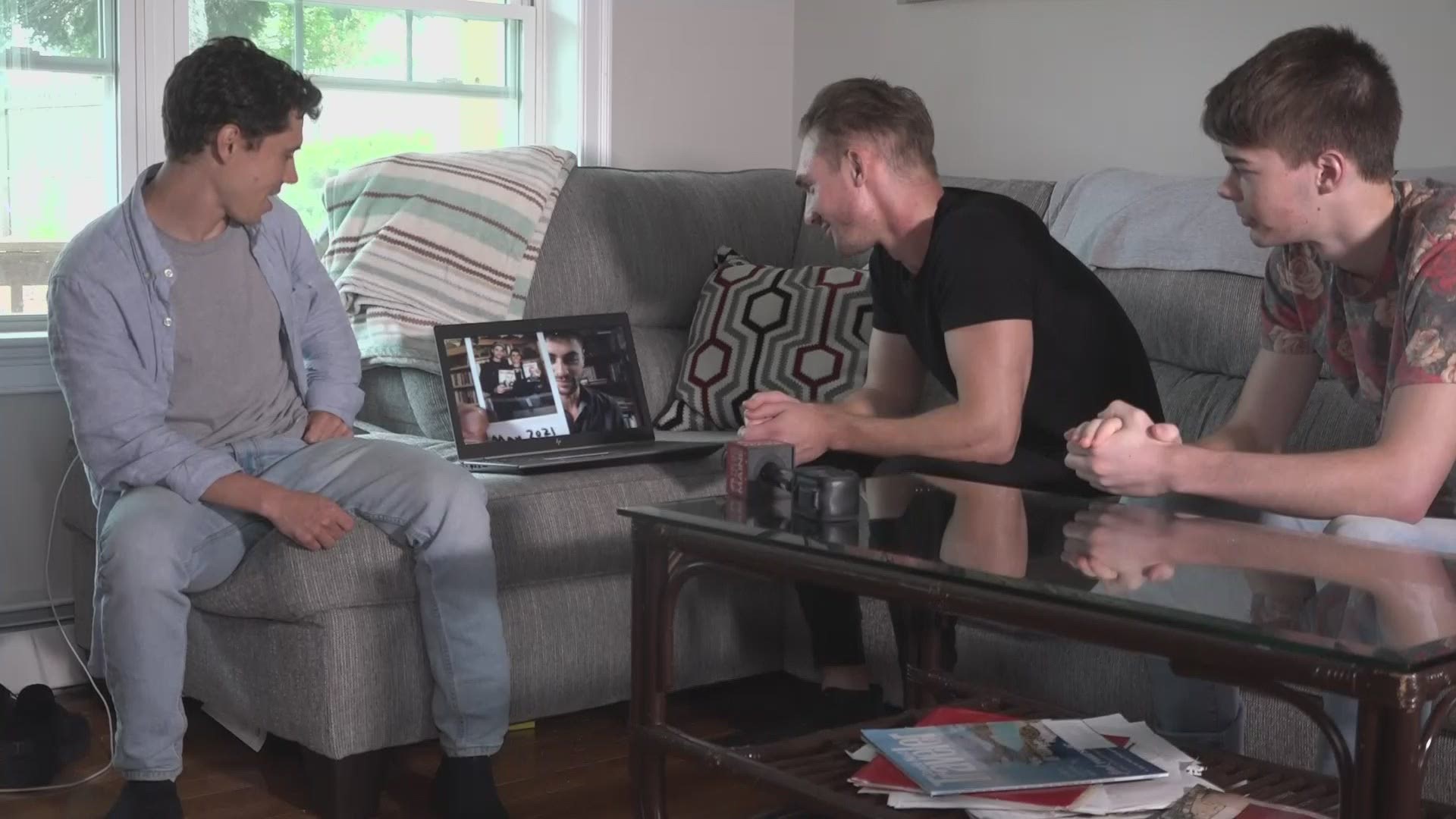 CAPE ELIZABETH, Maine — It's a rainy Tuesday morning in South Portland as Don Clark, Cash Cassidy, and David Rice gather together on a couch inside. The door to the apartment building is cracked open to let in sunlight and the sounds of birds and traffic. Nick Cassidy fills the screen of the laptop positioned next to them, and these friends exchange excited greetings through Zoom.

Unlike his friend Don, half-brother Cash, and cousin David, Nick is still in Los Angeles. The team of four recently finished shooting an independent film there, taking on roles like writing, acting, directing, and producing. Nick, David, and Don (all in their late twenties) have lived in LA for a handful of years, working to infiltrate the entertainment industry. 18-year-old Cash just graduated from high school in Maine.

Four friends originally from Maine recently wrote, acted in, directed, and produced an independent film in 9.5 days with about $30,000. Now, they're asking the community for help to complete post-production. That story on @newscentermaine at 6:30 a.m. #wakeMEup
🎥: "Fallen Drive" pic.twitter.com/fhNvRu6aJU

You don't need to know much about Hollywood to understand that the entertainment industry can be brutal and competitive. While chatting with NEWS CENTER Maine, Nick expressed that just getting into a room to audition for a show is a challenge. It's one reason why this group of friends -- with previous experiencing creating short films -- decided to take matters into their own hands and collaborate on "Fallen Drive", their original, independent, suspense-thriller film. With one location, nine and a half days, a crew of about 22 people, and $30,000, the first part of creating this 90-minute piece (about a get-together filled with former high school classmates and revenge) is complete.

"Knowing that you're all there with these delusional dreams of pursuing a career in acting or film really helps you feel like it's actually a possibility," Don smiled, recalling what it was like to work with friends and talent newer to the acting scene.

"The passion that everyone brought because they were young and hungry made this film so incredible," Don added. "It just makes you realize how much talent is out there that's completely undiscovered."

Nick says that the process of making a movie hasn't been easy, but doing it together has been an unforgettable experience -- especially with the opportunity to take control in an industry where there's typically little opportunity to do so.

"It was a new experience for us to be the ones who are making decisions," Nick said. "Usually it's, 'Show up at this time!' 'Say this line!'"

David says the team worked together by dividing up scenes in the movie, so each co-writer could write scenes. Afterward, they pieced them together and rewrote a couple of times until everything "click(ed)".

"To be able to put your talents together to make something is -- I feel like that feels even more special than your own thing," said David.

It's a feeling Cash can relate to, having taken $10,000 out of his college fund to help support the filming process. He also dedicated his time by acting in background scenes and sleeping on set to protect the equipment which was an experience he says was unlike any other.

"Being on set, you know...it was so friendly," Cash shook his head. "You didn't have to think about it. We were just doing it. It was kind of like it still had that same feeling of making a home movie, except we're working with a $100,000 camera."

The team of four is hoping to submit "Fallen Drive" to festivals once it's completed -- but before that happens, they need to put it through post-production and are hoping for support from the community. Creating a film is an expensive process -- and the friends have set up an Indiegogo account to raise up to $50,000 to pay for editing, color correction, and a music score. They say they plan to finish the film no matter what -- but financial help goes a long way.

"Working on something that you know is going to be seen by people and that you really believe in and getting through that with your close friends -- it's a great feeling," David noted about their motivation.

If you're interested in learning more about Fallen Drive and donating to this cause, you can click here. This fundraiser will end on August 10. If they can raise the money they need in that time, the hope is to submit the film to festivals by the end of the year -- and have audiences see it by early 2022.