So far this year, the Maine DOT has spent about $29.3 million on winter maintenance costs, compared to $46.2 million last winter and $46.4 million the year before 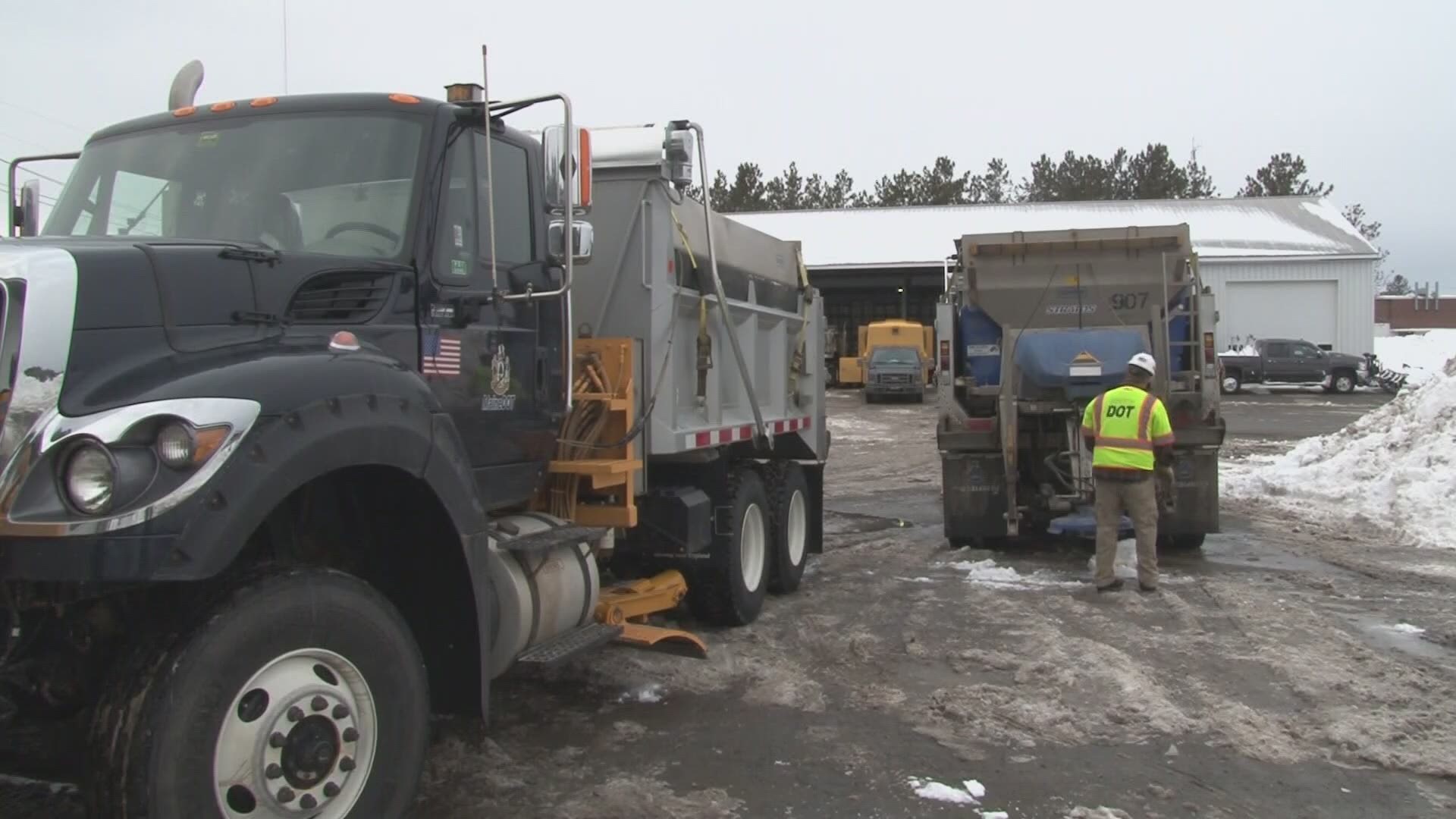 MAINE, USA — After days on end of sunny, warm weather, a mid-April nor'easter is on its way to Maine. The change in trend, though, isn't surprising to Mainers who are generally accustomed to unpredictable springs.

Paul Merrill, spokesperson for the Maine Department of Transportation, says crews will be on standby this weekend, ready to respond once snowflakes start to fall. He expects crews in the maintenance regions near the mountains and in western York and Cumberland Counties near the New Hampshire border will be most affected.

On Thursday, crews spent the day putting plow blades back on their trucks. Lately, they've been doing a lot of spring maintenance work, like clearing brush and picking up litter, which has required a slight switch in gears. They've also been checking on vehicles to make sure they're in good shape and ready to go in the event of a call.

I’m LIVE in York County, keeping an eye on weather conditions. We’ve been seeing freezing rain since leaving Portland at 4:30 a.m., with a mix of snow and rain in some places. How the @MaineDOT1 has prepared for this late season storm on @newscentermaine at 6:30 a.m. #wakeMEup pic.twitter.com/LMPLtSSk9K

"We roll with the punches, and we are prepared for whatever Mother Nature throws our way," Merrill told NEWS CENTER Maine. "We've seen pretty much everything there is to see, in terms of weather in Maine."

Merrill says the mild winter season this year has actually been good for the Maine DOT's budget, with low-cost output for snow and ice removal. He says the department plans for the worst, hopes for the best, and typically looks at five-year average costs since Maine winters can vary so much. So far this year, the DOT has plowed 1,296,508 miles and used 99,045 tons of salt -- about $29.3 million of winter maintenance costs, compared to $46.2 million last winter and $46.4 million in the 2018-2019 winter.

"It's given our crews more time to do other maintenance work," Merrill said about the slow winter. "It's saved us money budget-wise -- but...the next one might be the worst winter we ever have. So, while this year has been pretty mild, and that's been a good thing -- we know that can change from season to season."

Merrill says the good news is since it's April, the snow likely won't last very long. He asks that anyone who meets a snow-fighter on the road give the DOT truck plenty of time and space to keep everyone safe.