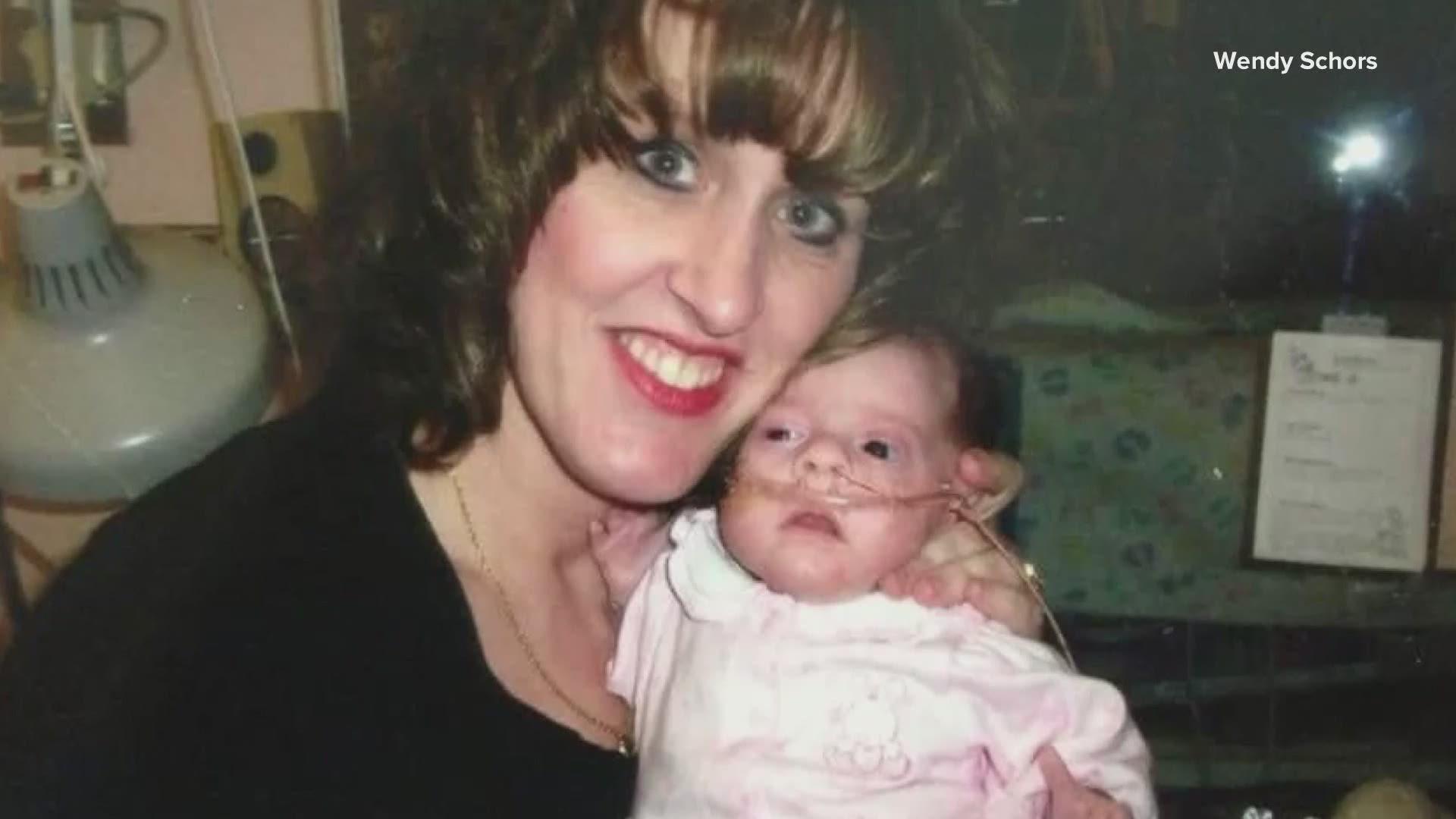 MACHIAS, Maine — For Machias 14-year-old MacKenzie Schors, giving back and volunteering are by no means new concepts. On Saturday, August 1, she will be doing that in a different way, though -- taking to her metallic purple bicycle and peddling 10 miles from Archibald's One Stop gas station to the start of the Sunrise Trail off of Main Street and back.

"I love the feeling of giving back," MacKenzie expressed to NEWS CENTER Maine. The money raised in this particular fundraiser with the Children's Miracle Network Foundation will go toward the purchase of a new Neo-natal Intensive Care Unit ambulance at Northern Light Eastern Maine Medical Center.

"It’s crazy," MacKenzie emphasized. "I mean, I didn't think that we would make it anywhere close to 1,000."

Machias teen MacKenzie Schors is biking 10 miles tomorrow as part of a fundraiser for the NICU at @NorthernLightH in #Bangor. I'll explain why this mission is so important to her and how she has been inspired on @newscentermaine at 6 a.m. #wakeMEup pic.twitter.com/VHNTaGXCm2

For her, there is a really personal reason that she feels so inclined to support the NICU in Bangor. In 2005, the Schors family spent months there after she was born 12 weeks prematurely.

"For us, the NICU was a lifeline," MacKenzie's mother, Wendy, told NEWS CENTER Maine. She says that in a time filled with so many unknowns, having the support and guidance of the doctors and nurses was invaluable. It's why ever since, she and her family have donated their time to raise money for the NICU and taken on projects like creating Christmas baskets for families staying there dring the holidays.

"We just wanted to always make sure that other people in those same circumstances could see a success story," Wendy explained.

For the Schors, MacKenzie is that success story -- and after she turned 10 years old, MacKenzie started taking on her own independent fundraisers. This year, she was named the Children's Miracle Network's 2020 Champion Child of the Year for Northern Light Health.

"It really drives us to want to make sure that we are raising the funds, helping kids that are in the hospital today and the days to come," Kelly Pearson, the director of Northern Light EMMC's Children's Miracle Network's program, about how children like MacKenzie inspire her team.