As the Maine Beer Box prepares for its third international trip, four Maine breweries are crediting the marketing strategy for international sales. 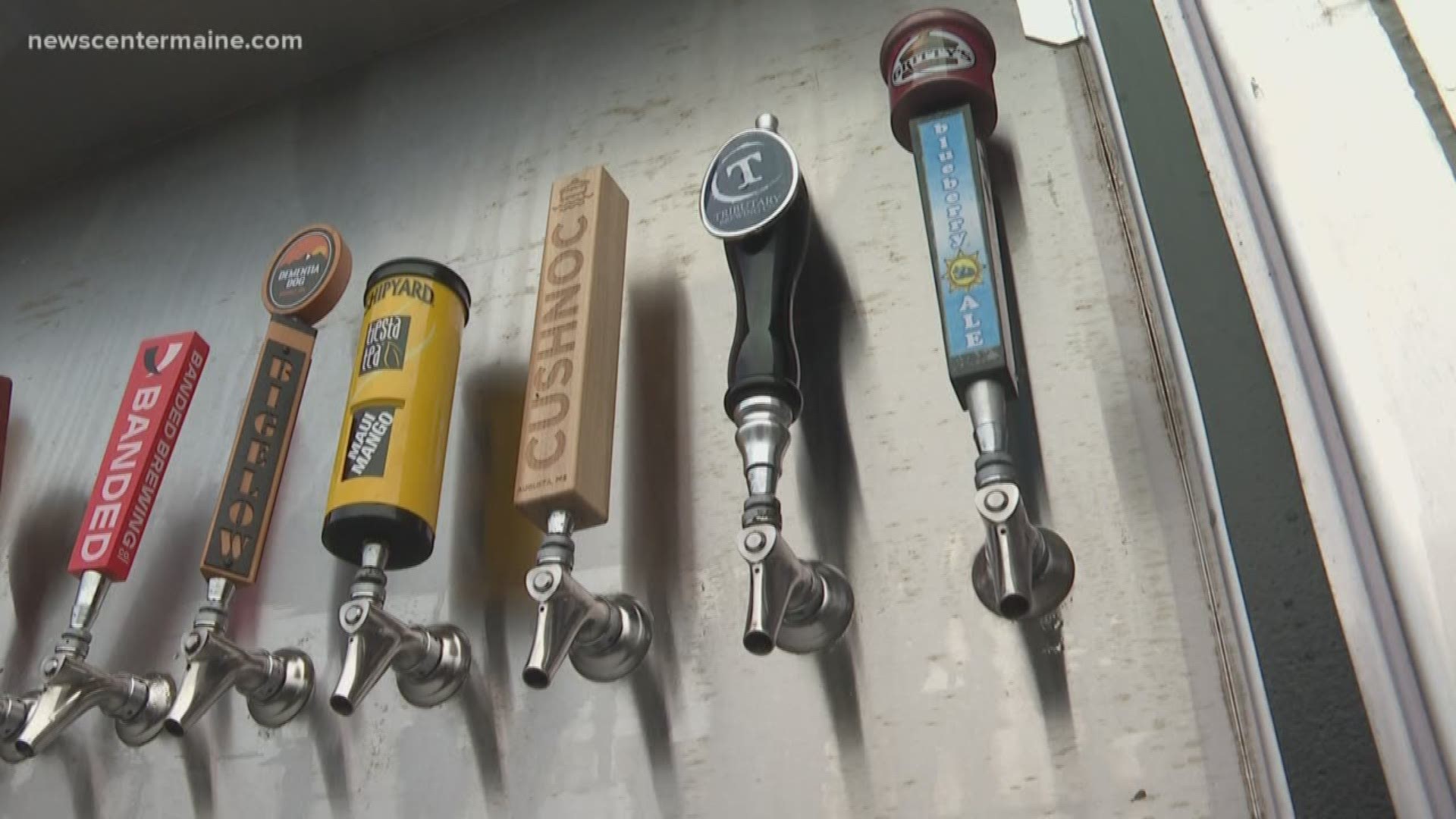 PORTLAND, Maine — What started as a marketing initiative is turning into much more. The Maine Beer Box is helping local brewers go global.

A 40-foot refrigerated shipping container with 78 beer taps is preparing to depart on its third international trip. The Maine Beer Box will be leaving from Portland, Maine for Nova Scotia this weekend.

It appears now that those previous trips are paying off for local brewers. The Maine Beer Box traveled to Leeds, England last fall, and four Maine breweries ended up significant orders for their beers internationally.

Baxter Brewing Company from Lewiston was one chosen for a UK-based craft beer club, which has customers all over the world.

"We sent 49 pallets of beer to the Beer52 program in April and it was awesome," said Luke Livingston, founder of Baxter Brewing Company. "Both cash and projects for our brewers at a time of year that was really helpful."

But shipping out tens of thousands of dollars worth of product to another country can be risky.

Sometimes the payment for that beer doesn't come through for several months or sometimes not at all.

"It happens all the time," said Brent Hoots.

Hoots is the founder of NaviTrade Structured Finance which works with the Export-Import Bank of the United States to help brewers and other business owners manage that risk.

"It's a huge peace of mind," said Livingston.

For Livingston, tapping into an international market is an opportunity worth the challenge.

"It's getting harder and harder to distribute further away from home domestically as local beer gets to be a bigger thing everywhere in the U.S. however American made craft beer is also getting a name for itself internationally where there is still market opportunity."