Maryann Engelbert, 37, of Litchfield is a wife and a mother to three young boys. She is battling stage five kidney failure and is searching for a living donor. 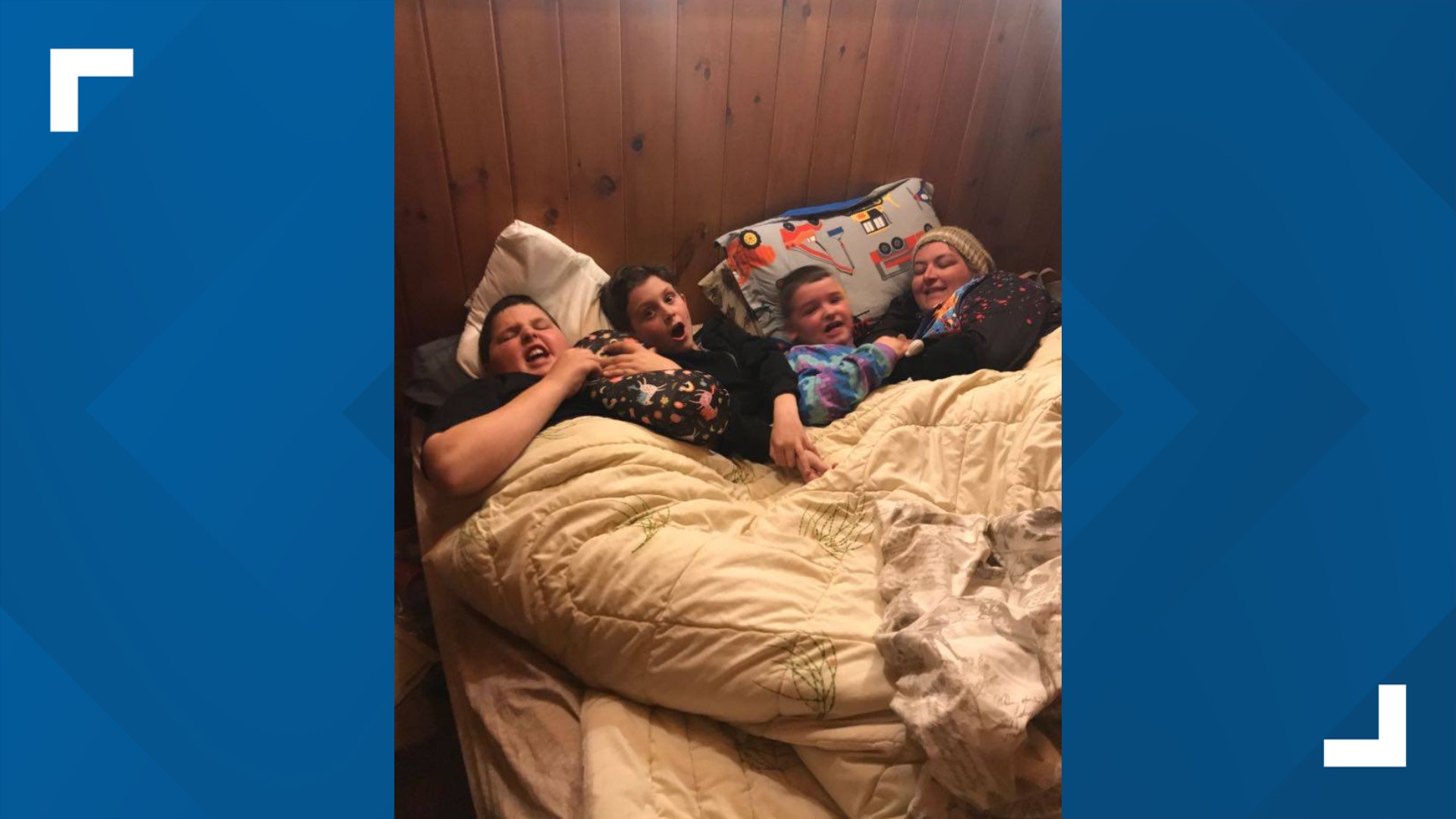 Engelbert's diagnosis came as a surprise at a routine dentist's appointment in December of 2018 when doctors noticed her blood pressure was alarmingly high. She was sent to the emergency room and after rounds of tests found she learned she had stage three kidney failure because of a rare autoimmune disease called Berger's disease. Engelbert says this condition causes scar tissue and adds doctors have told her dialysis isn't an option. Within a week of being diagnosed, her condition progressed to stage four through late spring of 2019. Since then, it's been stage five.

"It's this constant feeling, like you're a ticking time bomb," Engelbert expressed.

A mother from Litchfield found out she has kidney failure after a routine dentist appointment in 2018 -- and since then, it has progressed to stage 5. I'll tell you about Maryann Engelbert's struggle to find a living donor on @newscentermaine at 5:30 and 6:30 a.m. #wakeMEup pic.twitter.com/kYFinn3h0W

Engelbert's battle doesn't just affect her. She's been married to her husband for fewer than three years and is a mother to three young boys. Talking about them is when she gets emotional, noting she doesn't necessarily feel bad for herself -- more so, she feels bad for her family and the people around her.

Engelbert says her numbers are stable now, but getting a kidney on the donor list can take between five and nine years -- time she's not sure she has. It's why she's looking for a living donor -- and has had some false moments of hope. One time was when her mother, Sheila Wallace, signed up to donate online but after meeting with doctors found out she's not a good candidate because of some internal health issues.

Wallace says the entire experience has seemed like a "nightmare", calling her daughter kind and upbeat, as well as someone who loves her family and has a great sense of humor.

"I would do anything for my children, you know?" Wallace shook her head. "I was very disappointed that I couldn't (donate)."

RELATED: Inspired by a stranger, Portland man tries to donate a kidney to help a friend

During this experience amidst a pandemic, Engelbert has found comfort in her best friend, Anne Seeber, who is battling liver failure. Both of their conditions require them to be extremely cautious to avoid contracting the coronavirus. Both Engelbert and Seeber say that strange connection has kept them close in a time of isolation, talking online or on the phone every day -- sometimes for hours at a time.

"She has a heart of gold," Seeber said about Engelbert. "She would give you the shirt off her back, no matter whether she knew you or not."

Engelbert found out this winter that she is in the clear to get a transplant. The only thing standing between her and that process is actually finding a donor. She tries to stay optimistic, telling NEWS CENTER Maine she has a good day filled with a lot of energy about every week and a half. On her bad days, though, she says she can't do much -- and finds she gets hives from toxins in foods and notices her hair thinning.

"In a way, it puts things in really good perspective," Engelbert explained. "You definitely stop and appreciate things you (didn't) appreciate before."

Engelbert's blood type is A positive, which means she can receive an organ from people with A positive, A negative, O positive, or O negative blood types. Anyone interested in helping Engelbert can visit mghlivingdonors.org to find out if they could be a match. To fill out the form, you need her full name and birth date -- Maryann Engelbert, born on July 6, 1983.

The process to become a donor includes blood tests, a physical, a stress test, and a mental health evaluation. Engelbert says for anyone who is healthy enough to donate but isn't an exact match, there's a "kidney swap" program that would move Engelbert up in line for a transplant -- and help someone else, as well.