LignaTerra Global is bringing cross laminated timber to the former Lincoln Paper and Tissue -- to anchor what will become the Maine Forest Products Innovation Park. 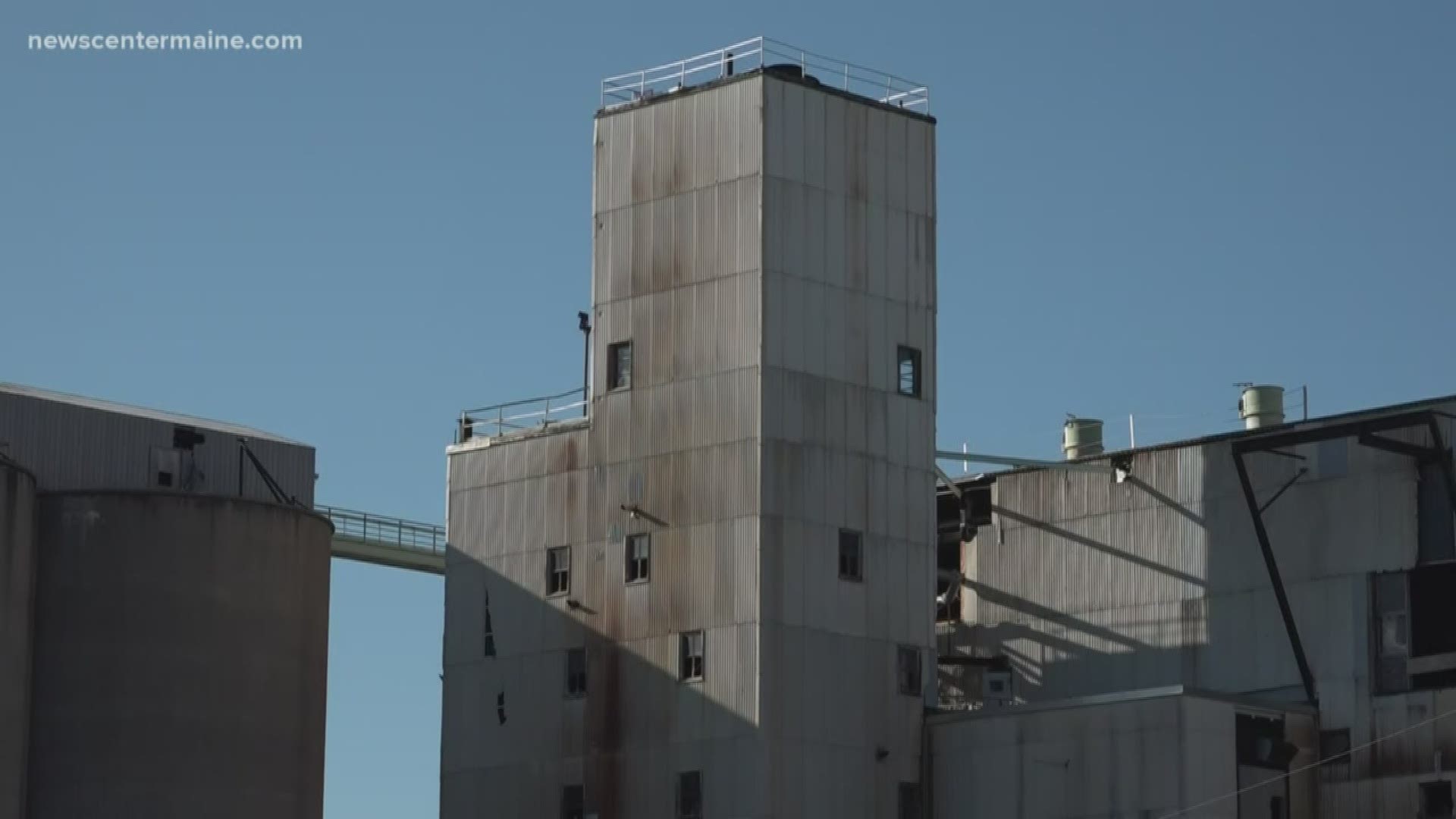 LINCOLN, Maine — The Lincoln Paper and Tissue mill off of Katahdin Avenue used to be a bustling industry for the town. Now, the abandoned site is quiet, surrounded by the sound of crickets in late September.

But that barren environment is going to change soon. On Friday, September 27, Lincoln town officials announced a cross laminated timber (CLT) manufacturer is moving in to help bring the mill back to life in a different way.

That difference is that it's more green. Cross laminated timber is a building product made from a renewable resource (wood), rather than carbon sequesters, like steel, concrete, or stone. The initiative is designed better shape the future of the construction industry.

Through a $30 million investment via an Acadia Capital Management opportunity zone fund, LignaTerra Global LLC is coming to Maine for the first time in Lincoln to anchor what will become the Maine Forest Products Innovation Park. The park will create 100 jobs for locals through a variety of forest product companies, while also using solar and biomass power.

To people like Lincoln Economic Development Director Jay Hardy, this project is exciting -- especially in the midst of a changing climate.

"We’ve been a paper mill town in Lincoln -- or we’ve at least been a town with a paper mill -- and in the 19th century, that was high-tech," Hardy explained to NEWS CENTER Maine. "(In the) 21st century now, the new high-tech forest products, businesses, and forest economy is really going to be around these kind of green tech, clean tech projects."

Despite an initially difficult journey deciding where LignaTerra would be based in Maine, the company's global co-founding partner, Nick Holgorsen, says Lincoln is a natural location.

"I believe that the area that’s been hit hard with some of the shutting down of the mills. The people are hurting, and they need job creation," Holgorsen says. "And so, for us to be able to come into the community and help with that and find good qualified work people -- is important to our company mission."

Lincoln Town Manager Rick Bronson says the town is not providing financing for the project. He added officials are currently saying it will be about a year until the park opens.