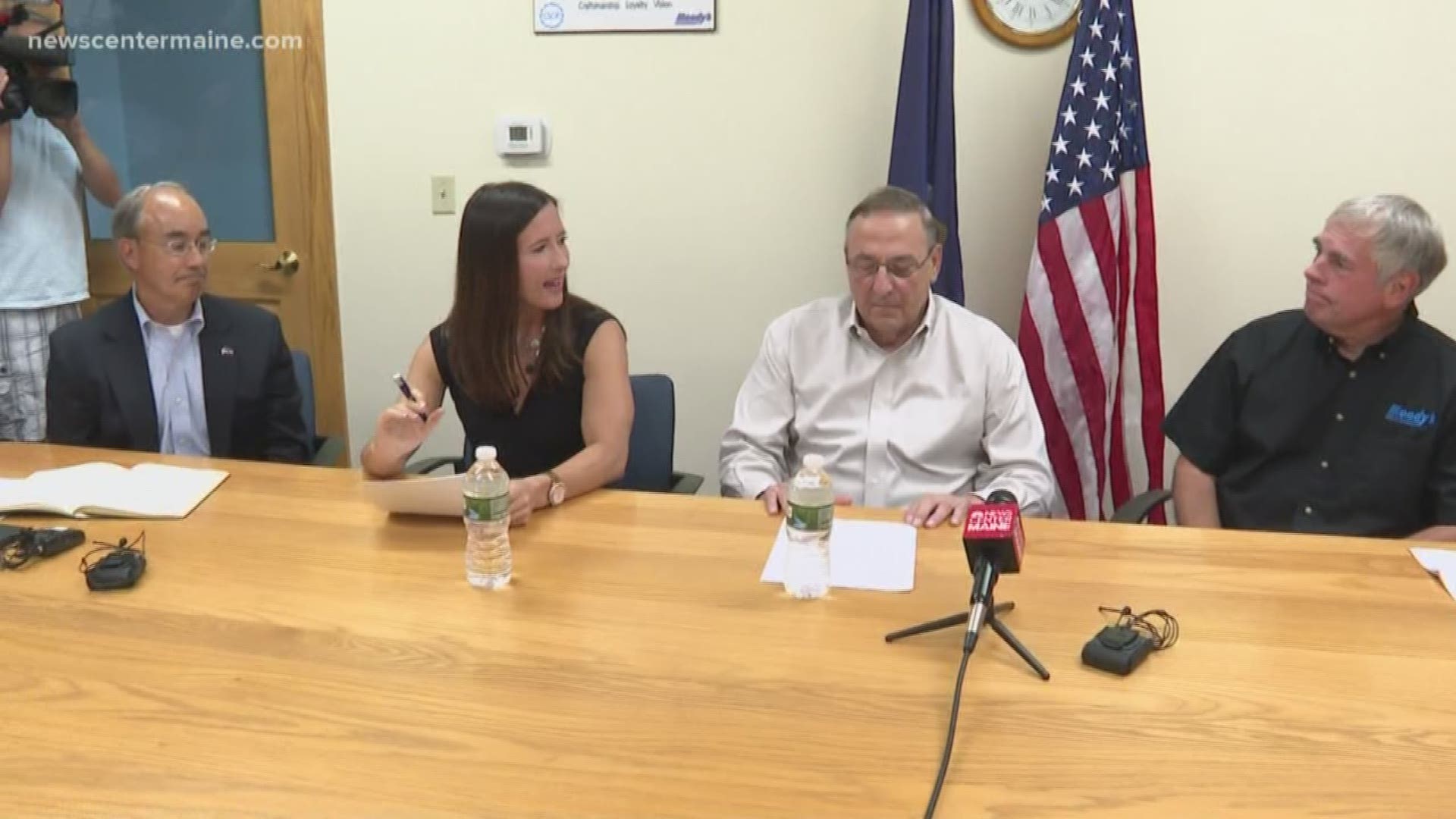 GORHAM, Maine — While Maine Democrats prepared Thursday to welcome the first of their party’s Presidential candidates to Portland, Maine’s top Republicans were looking to claim a little of the attention for their side.

“When you lower taxes, it's like going to Marden’s,” said LePage, a former executive of that company. “ When there’s a sale, put things on sale you sell more. Lower taxes, people have more revenue to spend.”

That was echoed by Moody, who was the GOP nominee for Governor in 2018.

“Trump’s policies promote working hard and sacrificing to get ahead and that’s what this country was built on and need to continue, policies matter,” Moody said.

They called the policies of most Democratic presidential candidates “socialist”, and said Trump needs to be re-elected.

“It’s a completely different view,” LePage said. “It’s pro-capitalism versus socialism where we are headed down.

Maine Democrats were quick to slam the GOP support for Trump, with party chair Kathleen Mara sending a written statement reading, in part, “President Donald Trump’s agenda in Washington gives corporations and the wealthy huge tax breaks while leaving many others behind. The nation’s deficit is set to exceed $1 trillion years earlier than expected."

But David Jones, owner of F.O. Bailey Real Estate and a leader of a Maine PAC that supported a Trump, said Trump is good for business.

“Do we want a thriving economy or do we want government involved with every single facet of our lives?”

LePage said he will help lead the Trump campaign in Maine, and will also work for Trump in Florida, where he spends the winter.