The Jackson Laboratory in Bar Harbor received about $110 million in funding from more than 200 different grant awards in 2020. 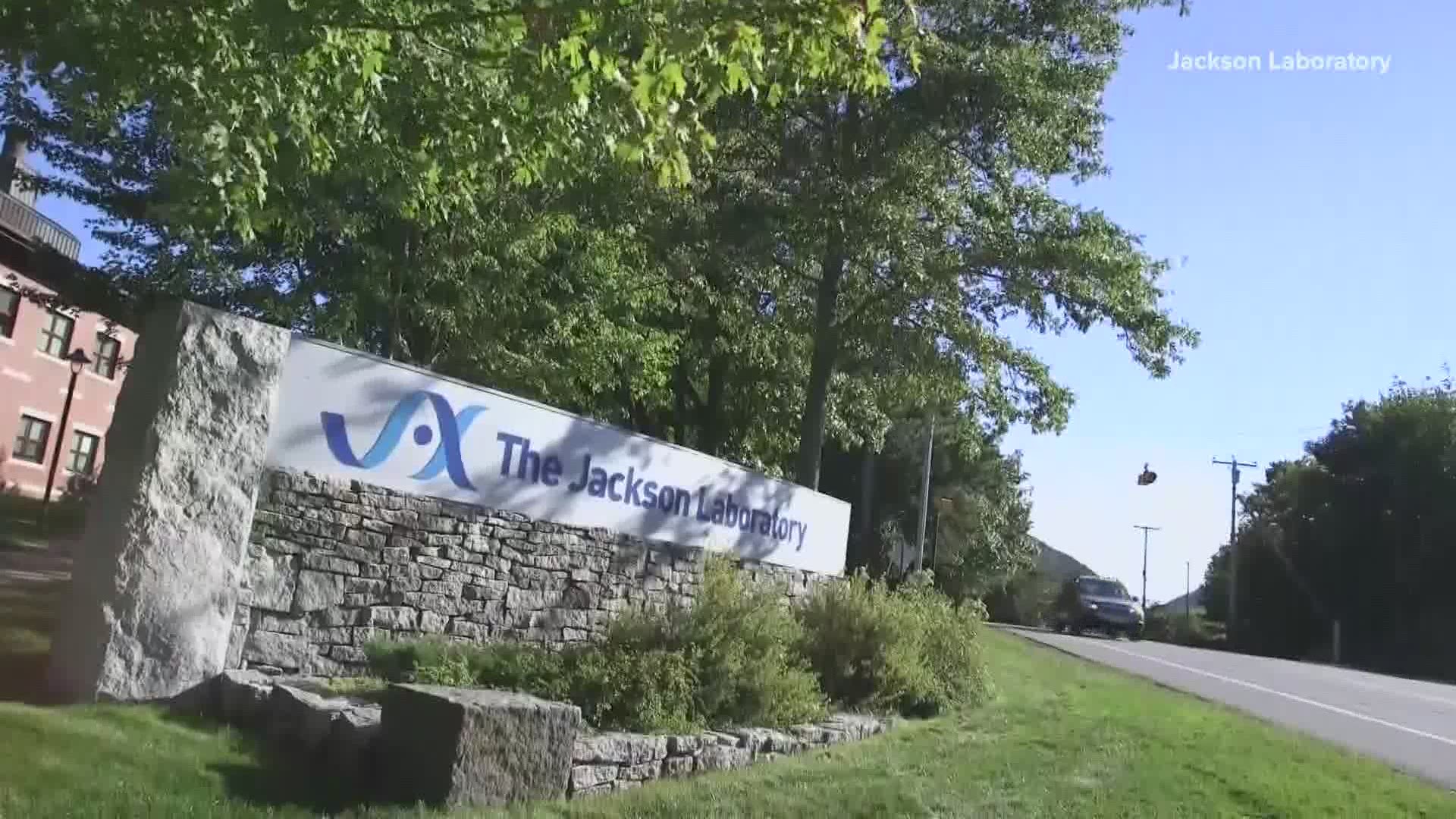 BAR HARBOR, Maine — Like so many other things, the future of funding at the Jackson Laboratory was unclear at the start of the coronavirus pandemic. The lab, which is known for breeding mice used in studies worldwide and even at the International Space Station, had a successful year, though -- receiving more funding in 2020 than in 2019.

Ken Fasman is the vice president for research at the Jackson Laboratory. He says the lab received about $110 million from more than 200 different grant awards -- more than $9.5 million more than the amount of money received in 2019. This funding includes a combination of new grants and the renewals of projects that have been successful, either involving individual scientists or large groups of them.

Despite the pandemic, the @jacksonlab ended up receiving more grant money in 2020 than in 2019. I spoke with researchers in Bar Harbor studying aging and rare diseases, who say this funding will help. Details on @newscentermaine at 5:30 and 6:30 a.m. #wakeMEup pic.twitter.com/lH3BtuXajo

Fasman says most of the lab's funding comes from the National Institute of Health, noting the Jackson Laboratory has been "unusually successful" in that regard, receiving more than twice the national average of dollars for several decades. Many grants are five years long to help scientists solve more complex problems.

"It's pretty rare that you can pitch a meaningful problem in biomedical research and solve it in a year's time," Fasman expressed.

Dr. Gary Churchill is a professor who works for the lab's Center for Aging Research. He says several grants were renewed in 2020 -- one in particular for the Nathan Shock Center, which has been around for more than 15 years and is designed to support different experiments related to the study of aging and how the process affects different diseases.

He says the work isn't meant to find the "blue pill" for mortality but rather to help people attain the best health they can in later years.

"Our real objective is not to extend people's life spans," Churchill explained. "We want to identify what it is about individuals and what can individuals do so that later in life they have good health."

The lab's Center for Precision Genetics also received funding in 2020 -- a five-year, $10.6 million grant to find treatments for rare genetic diseases by using gene-editing technologies to develop new mouse models. Researchers say rare diseases are usually monogenic with a single deficit in a single gene. The Jackson Laboratory can genetically engineer these mutations in mice for research -- a process that now takes weeks but used to take up to 10 years.

Dr. Cat Lutz is the senior director of in vivo pharmacology at the lab. She says a goal of this grant is to provide the rare disease community with access to thousands of mouse models to use as a "template" for approaching a variety of rare diseases.

"Prospects for therapeutics are not very good with these rare diseases," Lutz said about the challenges of treating them. "We're not working on one disease at a time anymore. We're approaching this in a very, very aggressive fashion."

She and Jackson Laboratory associate professor Steve Murray say that kind of approach is important since the rare disease community represents a "huge unmet need." There are more than 7,000 rare diseases and 350 million people impacted globally. This kind of research can also take the burden off of individual families and parents, who often have to fundraise for cures for diseases.

The ultimate goal is being able to edit a patient's gene so that the genetic mutation that causes their disease can be corrected.

"We have to keep (research) going because even though there is a pandemic --and even though research in this pandemic is very important, as well -- these patients still have these diseases," Murray noted. "We can't forget."

The Jackson Laboratory has trained a number of the world's famous biomedical researchers. Churchill, Lutz, and Murray say all that has really changed for them and their teams during the coronavirus pandemic is the workflow in some cases.