It's still unclear what made digesters explode at the Androscoggin Mill 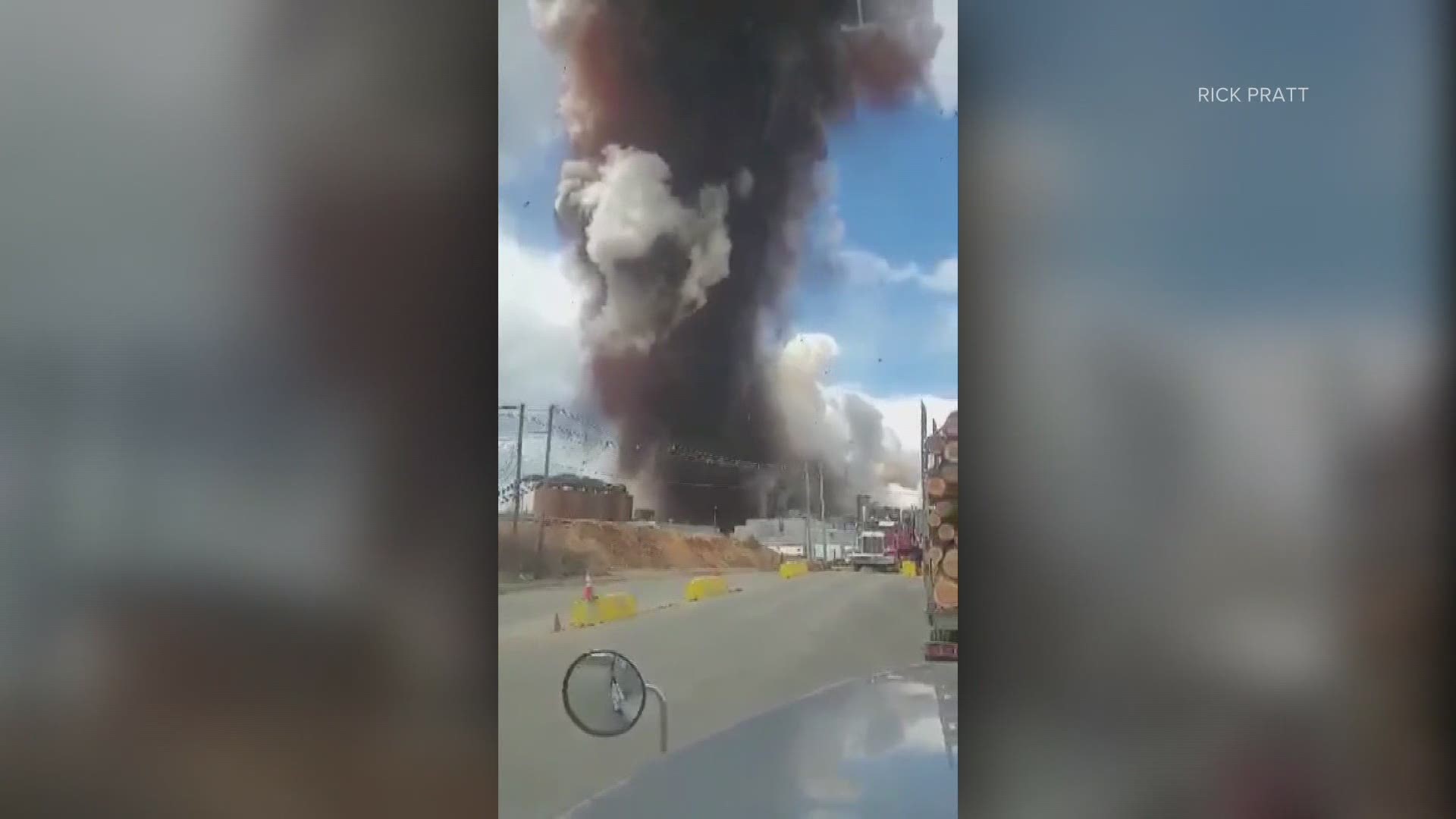 The State Fire Marshal's Office says more work remains before their investigation to figure out what caused the explosion on Wednesday is complete.

Mill officials tell NEWS CENTER Maine two digesters, which are used to create the pulp in the mill, exploded.

It's still unclear what caused them to explode.

"A digester is like a large pressure cooker," Robert Rice said. Rice is a retired pulp and paper professor at The University of Maine.

The 'pressure cookers' sent a mixture of wood fiber, water, and pulping liquor higher into the air.

Rice said it's not surprising no one was near the digester making the pulp when the accident happened.

"A lot of it is automatic and it's constantly monitored in a control room. Often the control room is a distance away," he said.

On Friday, McCausland says fire investigators, assisted by Jay Police, interviewed several mill employees who were in the immediate vicinity of the digester. Although debris came very close to the building they were in, all escaped without injury.

"Despite severe damage, several of those mill workers manually shut down valves to prevent further damage after the explosion," McCausland said.

RELATED: Investigators looking into cause of the mill explosion in Jay

Warning: The video above contains language that may be offensive

The Maine Department of Environmental Protection (DEP) tells NEWS CENTER Maine its Hazmat Response Team is assisting with clean-up in Jay. It is also taking samples of the air quality in the area.

DEP officials said anyone who lives in Jay and has any debris in their yard should call the mill directly to learn how to safely remove it.

The State Fire Marshall's Office and OSHA were also on the scene of the investigation Thursday.

McCausland said investigators began interviews Thursday with employees of the mill and witnesses and "got their first close look at the area where the explosion took place."