Maine school administrations are finding solutions, through hot-spots or Spectrum's Wi-Fi deal, to get students consistent Internet during the coronavirus pandemic. 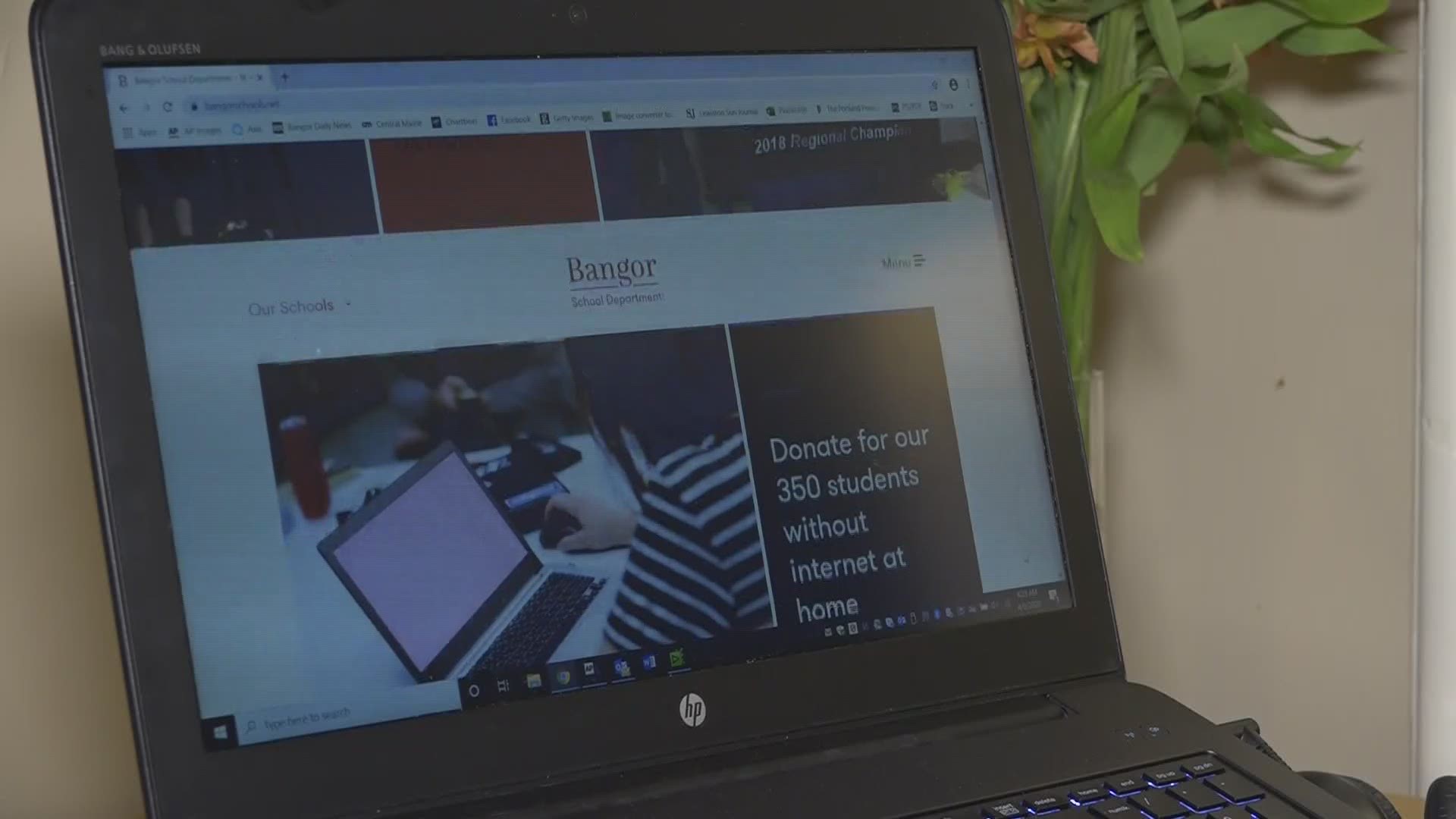 BANGOR, Maine — For years, Rebecca Brugman of Mount Desert Island has lived life a bit differently than most people. She and her three kids have never had consistent Wi-Fi access at home until now.

"It was definitely a cost factor because I was like, 'I need to buy food,'" Brugman expressed to NEWS CENTER Maine via video chat.

Though she used to encourage her kids to go to the public library hot-spot when they needed to do school work, that is not the case these days. For the first time in a while, their family has Wi-Fi at home because of a deal Charter Communications is offering students in the midst of the coronavirus pandemic.

The offer includes 60 days of free broadband and Wi-Fi access to students aged K-12 through college living at home. The same deal also applies to educators who do not already have a Spectrum Internet subscription.

"My kids immediately saw the free Spectrum Internet, like, day two that they were home," Brugman explained. "They called, and the box showed up."

The adjustment to online learning around the state has certainly been challenging, not only for families, but for school administrations, as well. A reason for that is the fact that every day, news about COVID-19 changes, which means education protocol typically does, too.

"Folks were preparing, but I think they were preparing for the wrong thing," Gregg Palmer, the superintendent for the Brewer School District, explained. "(It's) not because they weren't paying attention. It's because nobody knew what it was going to be."

In Brewer, teachers have been posting work online on Monday that is due the following Sunday. They are available all week with virtual office hours for students to video chat or call with questions.

Of the 1,600 students in this school district, Palmer says that most don't seem to have issues connecting to the Internet, but just one who does is too many. It's why his administration has been trying to raise awareness about Spectrum's deal and is encouraging families to help students connect to phone hot-spots if Spectrum's offer doesn't apply to them.

"If it’s you (without Internet), then that’s all that matters," Palmer expressed. "We want every single student to have access to learning."

For the Bangor School District, Superintendent Dr. Betsy Webb told NEWS CENTER Maine that the administration conducted thorough research to find out exactly how many students were having issues. After doing so, they determined that about 350 of the roughly 3,715 Bangor students don't have consistent Internet access.

"(The reason) can be really thinking about financial decisions that families have to make," Webb explained. "It can be about not being in an area where there’s connectivity, but I’m also finding that for some families, it was a philosophical decision."

During this time of social distancing, though, Webb says she wants to make sure all students can have a way to stay connected to their teachers. She was inspired after watching a FaceTime conversation between twin four-year-olds and their pre-K teacher.

"It was just a check-in, and it was about I’d say three to four minutes long -- ‘Good morning friends,’ and they sing a song together," Webb smiled. "The sheer delight and joy that those young learners had to see their teacher -- it just really emphasized what an advantage it is to have that kind of a platform to communicate."

The Bangor School District has decided to raise money to pay for hot-spot access for families in need -- a goal that will cost about $60,000 for four months. Additionally, schools will be distributing their older laptops to younger students who don't usually have that one-to-one device access.

The school administration has started a campaign online to help raise that money -- amounting to more than $16,500 so far. Webb says she and her staff are extremely grateful to the people giving individual donations, the non-profits considering grants, and the federal government's flexibility for the school district's Title I grant.

Superintendent Palmer says that although the future is unclear, there is one promise he can make students and parents.

"I predict that no matter what the scenario is, the Brewer School Department and school departments around Maine are here for their families."