Inspired by a stranger, Portland man tries to donate a kidney to help a friend

"I picked up the phone and called John and said 'hey what do you think? Would you be willing to take a kidney of mine?'" 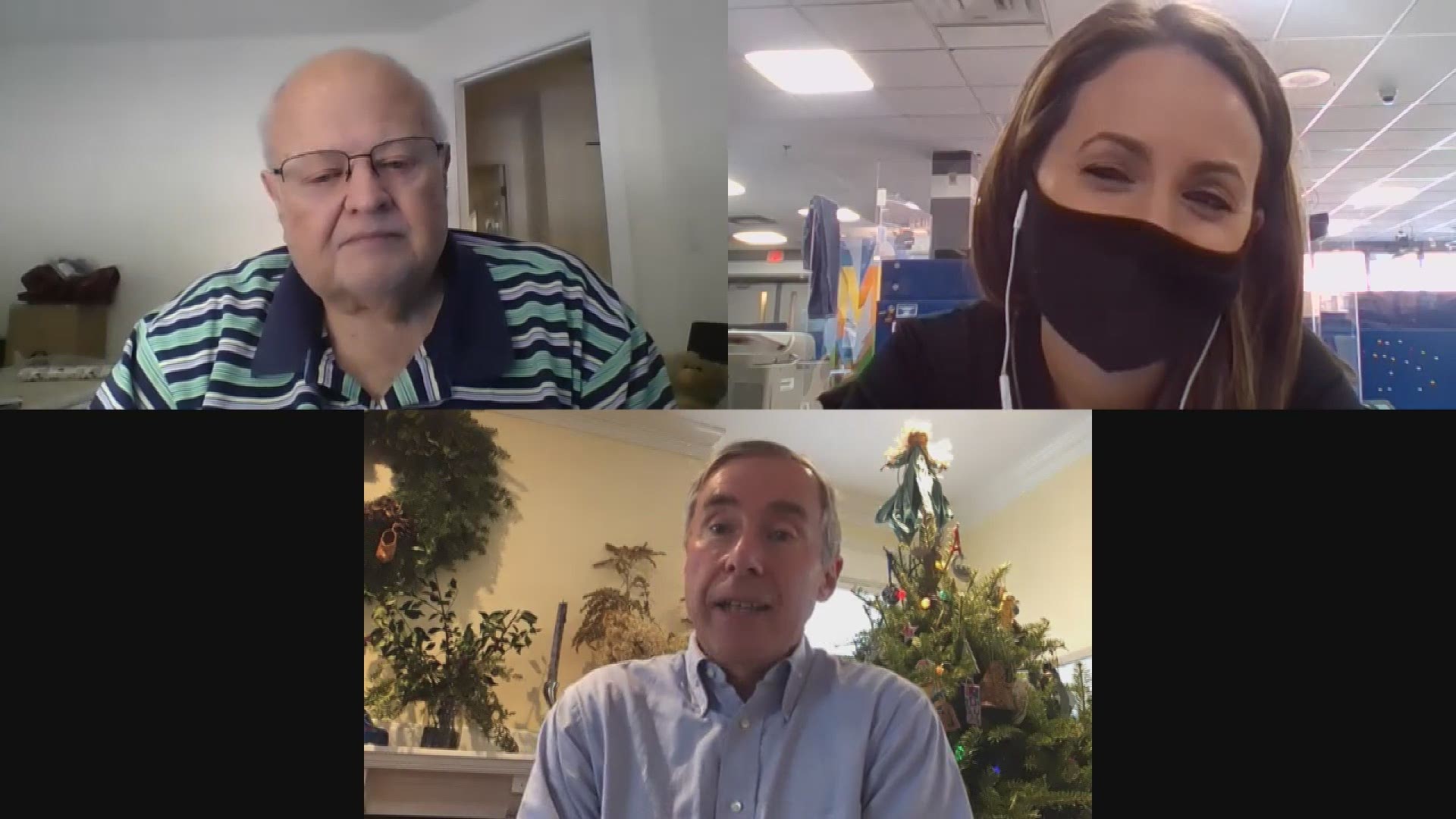 That was the case for one man in Portland, except it hasn't worked out exactly as planned.

"It really was not a big deal," Sheld Tepler said.

NEWS CENTER Maine interviewed Tepler in October when he shared his story of helping a neighbor by donating one of his kidneys.

They were a match and now they both are doing well.

"For me to know that I have to go on dialysis and have Sheldon come by two days later and say 'hey I'll be a donor' you just can't write that story," Roland Tufts, the kidney recipient said.

"It was a miracle and every time we re-tell that story to someone they feel that," Tufts' wife, Susan, said.

"It was just a great story that I saw on TV and it got me off my...couch. Off my couch, yeah," Ed Suslovic of Portland said.

You may recognize that name. Suslovic is a former Maine Representative and member of Portland's city council.

"That's when I picked up the phone and called John and said 'hey what do you think? Would you be willing to take a kidney of mine?'"

"My journey actually started 30 years ago," John Thompson said. "I had kidney failure due to hypertension that was uncontrolled for too long."

His sister gave him one of her kidneys long ago but now he needs to replace it.

"We actually know each other from the METRO board of directors," Thompson said.

"There's no words to describe how Ed is my hero I mean it sounds like a cliche," Thompson said.

But they were not a match.

"If we don't make it through the whole process, God love him," added Thompson.

Still, Suslovic was going to proceed to donate a kidney to someone else – and that in turn would help Thompson receive one sooner.

But there was another problem.

Suslovic, a runner, has always been healthy.

"I've been able to donate platelets through the blood donation program for 25 years," said Suslovic. "I've been donating whole blood more recently and 22 years ago I was batched as a bone marrow donor for a boy with leukemia. Did the bone marrow donation, it worked. Thankfully!"

But It turns out Suslovic needs medical help, too. His platelet count is low.

A discovery, all because he offered to help someone else.

"I'm so glad I did and ironically if I hadn't I wouldn't have discovered that I've got maybe a platelet condition that needs some attention," he said.

They are still working to get to the bottom of it.

"Worst case scenario it could be some type of leukemia which inhibits platelet production," Suslovic explained.

So for now, his donation days are on hold. But they are sharing their story for one reason.

"My ask to anyone that's watching or gets this message and gets this message is that if you're in reasonably good health and you'd like to do something really special for someone, please consider becoming a kidney donor," Suslovic said.

Inspired by one man's act of kindness -- another is trying to do the same.

Now Dr. Juan Palma -- the director of the Maine Transplant Program and transplant surgeon cautions there are real risks with becoming a living donor.

To find out more about Maine's transplant program, visit their website.

"I picked up the phone and called John and said 'hey what do you think? Would you be willing to take a kidney of mine?'" Ed Suslovic was inspired by a recent story of mine to donate one of his kidneys to a friend on the transplant waiting list. Story at 5 #NEWSCENTERmaine pic.twitter.com/kk4E7q78Dy