In the last three years, Friends of Casco Bay have turned to hundreds of volunteers to help record observations of trends and problems. 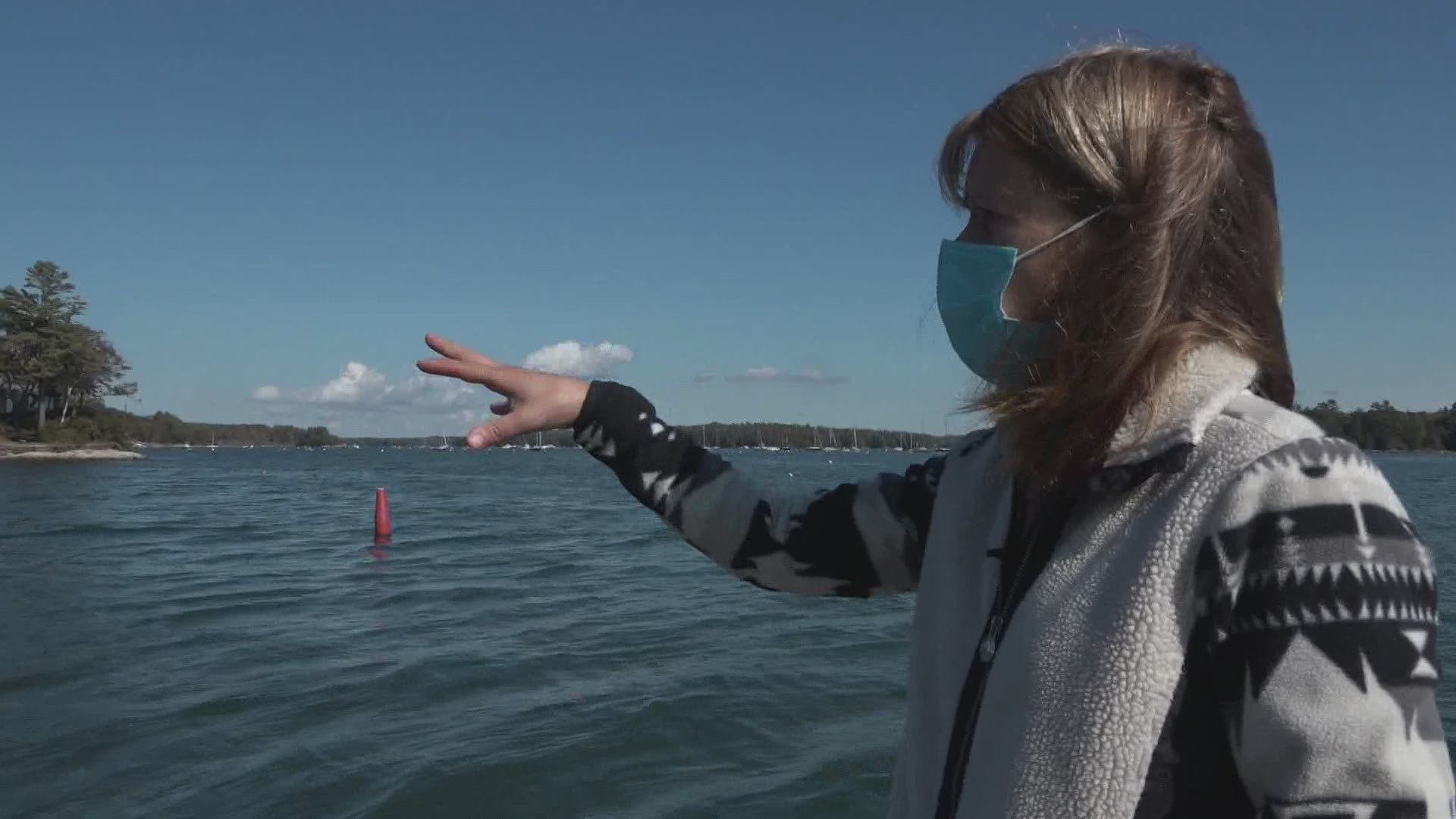 For the last three decades, a group called Friends of Casco Bay has monitored the health of the water.

But in the last three years, they've turned to hundreds of volunteers for help with the growing threat of climate change.

"There's an alarming problem that's big and that's climate change, so we see that Casco Bay is changing and there's a lot of consequences," said Ivy Frignoca, Casco Baykeeper.

Consequences like warming waters and ocean acidification which threaten shellfish.

As part of her work leading Friends of Casco Bay, Frignoca collects water samples every three weeks from April to October.

"Casco Bay is a big bay and it's got so many little coves and inlets and we just can't be everywhere."

Frignoca and the team at Friends of Casco Bay needed more eyes on the bay.

So three years ago, they launched a volunteer water reporter program and today, they have nearly 300 contributors who have helped identify concerns, concerns at Mere Point, for example.

That's where the aggressive and destructive green crab has dug out the mud – feeding on many shellfish species.

And where an algae bloom was discovered in June.

"That's concerning that's a sign of too much nitrogen entering the bay in that area. We don't know the cause of it but we did document the bloom," Frignoca said.

"So when our reporters help us document something like this then we can go in and collect water samples and try to identify a source and eliminate it."

They use the information for proposals to change permits and even laws to protect the bay against climate change.

"We couldn't be happier with the quality of the posts and the information that our water reporters are helping us get."

Hundreds of people volunteering their time when the timing is urgent.

"It's pretty amazing. It's a pretty wonderful network."

RELATED: Shuck it, then chuck it