Students at one Maine high school used the pandemic to become even more involved in their performing arts program. 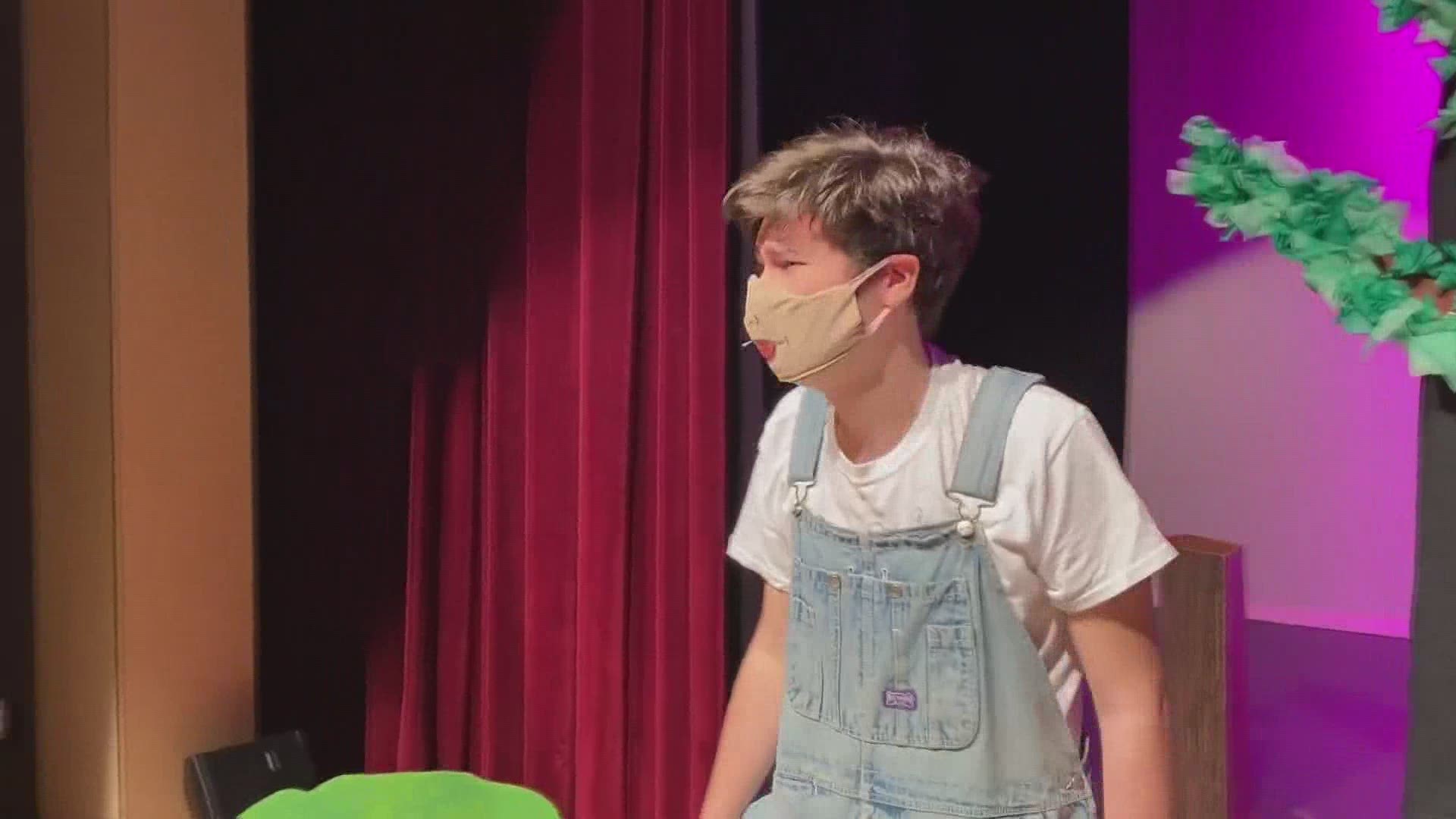 NEWPORT, Maine — Lisa and Dean Neal are teachers at Nokomis Regional High in Newport. Together, they teach a theatre production and design class. “Basically we were going to focus on costumes, set, sound, and light design,” said Lisa Neal.

However, during a recent lesson, the class analyzed the folktale, "Wiley and the Hairy Man" and got an idea. “The kids got so excited after we read it and they were like, ‘we’ve got to produce this,'" added Neal.

Produce they did. After they modernized the story to appeal to teens, students built a set, costumes and began filming the performance to eventually make a video to share with the public.

“...the story talks about the fears of this young boy and what kinds of fears face teenagers today, whether a job, college, personal image,” says Dean Neal.

Students at one Maine high school used the pandemic to become even more involved in their performing arts program. I'll tell you how on @newscentermaine at 5 and 6 a.m. #wakeMEup pic.twitter.com/HYfM8a0mwG

As most things have been during the COVID-19 era, innovation was key to the production’s success. Students built masks to fit their character. It allowed them to safely perform on stage.

“I saw part of myself in the actual production and in the set and it was a different experience that I think I took more away," says Nokomis Regional High junior Casey Crockett. "I could see the time that my classmates had put into their work.”

Despite the obstacles of socially-distanced theatre, the production has been an escape for many students at Nokomis.

“It’s just such a good experience for them to be able to leave the real world and create something for themselves," Nokomis junior Colton Bagley told NEWS CENTER Maine.

Once the video of the production is finished, some middle school teachers will be showing it to their students who are going to read the original folktale and analyze this adaptation.