Bored during quarantine, one 7-year-old in Derry Township, Dauphin County jumped into action to stay busy and make it count. 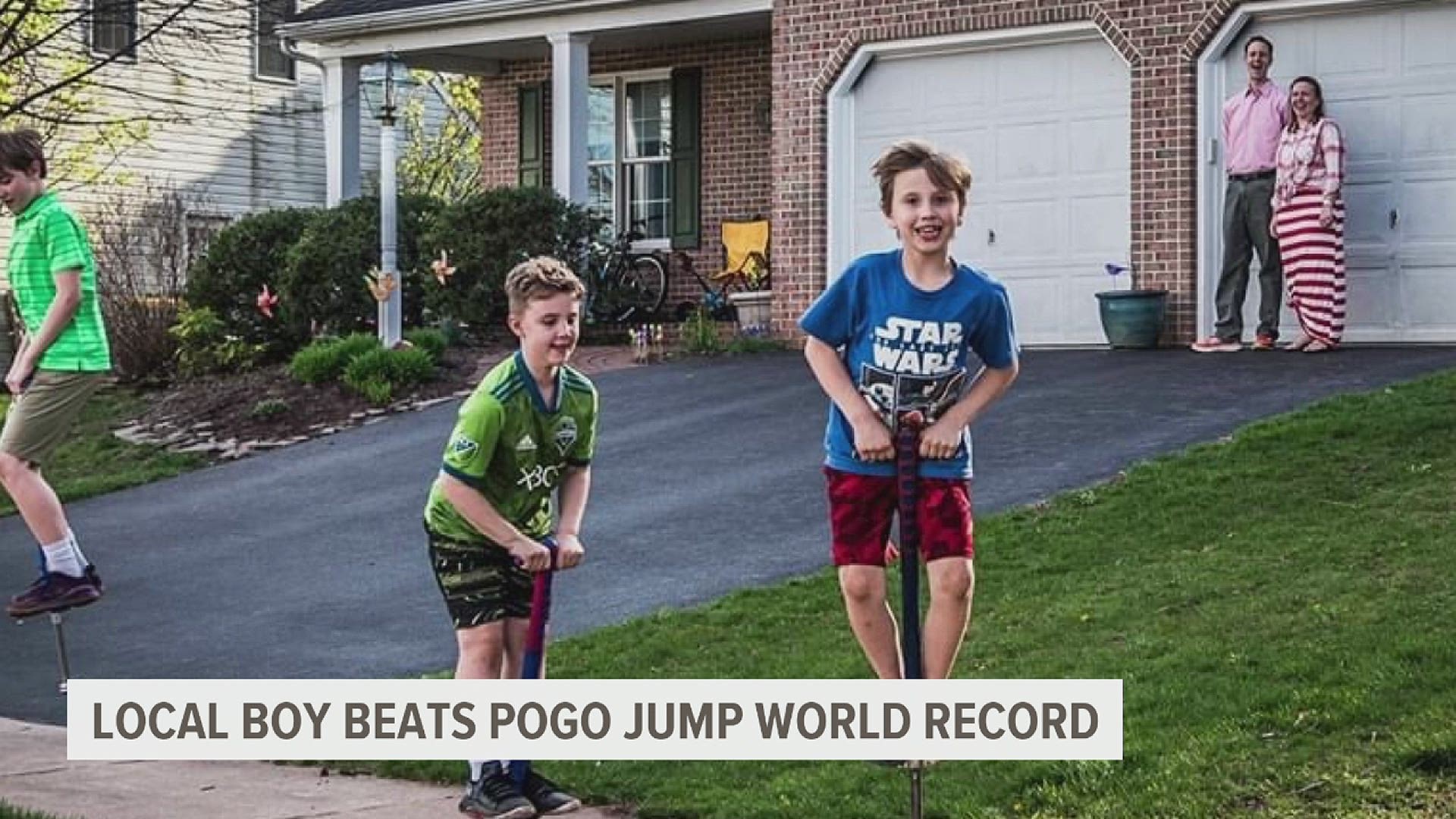 YORK, Pa. — Some people allowed boredom to get the best of them during the past 7 months of quarantine, but not one young boy from Derry Township, Dauphin County.  A neighbor gifted him a pogo stick and it quickly went from learning how to jump to smashing a world record.

7-year-old Theo Petersen immediately loved jumping but the fun activity quickly took on a new purpose. "He asked what the record was for pogo stick jumping and so he was like ok mom, I gotta go break the record now,”  Laurie Petersen said about her son.

According to recordsetter.com, the record number of pogo stick jumps for a 7 year old was 376.  Theo smashed that total with 2,309 and made it look easy along the way.  "There are points where you see like he’s scratching his head, doing it one handed, just totally fine,”  Laurie laughed.  It wasn't as easy, however, for her.  Especially because she was tasked with keeping count!

"I recorded it on my iPad. I didn’t think it was gonna be 25 minutes long and I was like oh I hope I have enough memory," she said.

She managed to get it all on tape to submit.  While they wait to hear for the official word from Record Setter, this momma says she will always be proud.

“He puts his mind to something and gets it done. That’s just how he rolls...," she smiled.