The Hathaway Holiday Lights show has been an ongoing tradition on Hillview Drive in Bangor for seven years, done in remembrance of Alexander Leroy Hathaway. 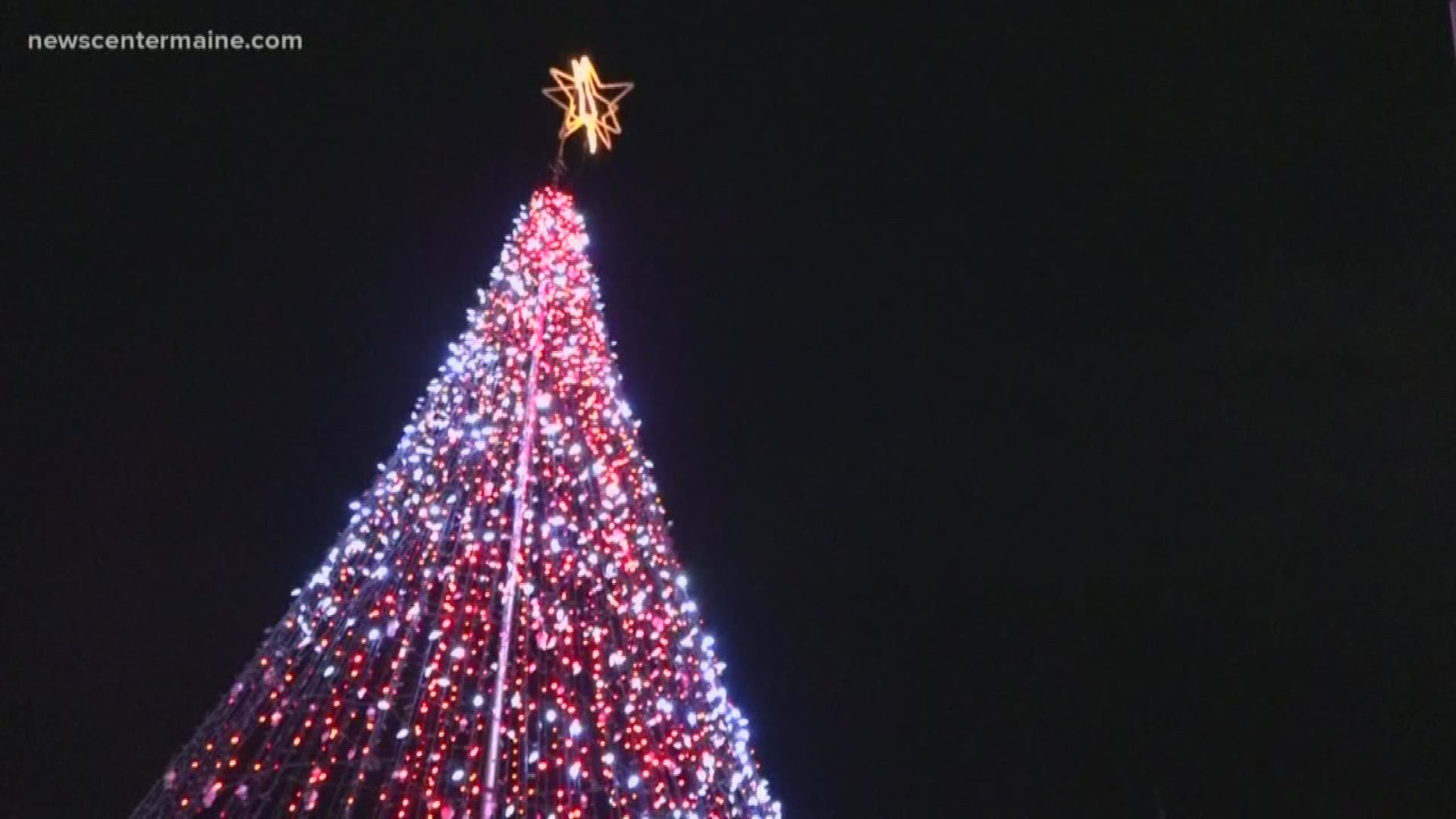 BANGOR, Maine — After a few windy turns on a residential road, it's hard to miss -- a house perched on top of a hill, decorated with dancing holiday lights.

It's a tradition that the Hathaway family has been doing for seven years now -- quite literally decking the halls and putting on an extravagant show, all so the community can come out and enjoy the sights.

At the front of the yard is a sign, telling you to tune into 88.1 FM. If you choose to do so, classic holiday songs, old and new, begin to play in rhythm with the lights -- all as you watch from the comfort and warmth of your own car.

But unlike most light displays, the Hathaway Holiday Lights has an even bigger purpose than bringing people together. During a commercial break when the cheery music fades out, a message plays, explaining that this show is done in remembrance of one of the Hathaway's children -- a twin brother, who lost his life because of a premature birth.

Alexander Leroy Hathaway and Warren Alexander Glenn Hathaway were born on June 6, 2011 at the Northern Light Eastern Maine Medical Center Neo-Natal Intensive Care Unit. Their mother delivered them at 29 weeks because of Acute Twin to Twin Transfusion Syndrome, and Alex passed away. His brother Warren, however, spent 51 days at the NICU and is healthy today.

It's why there's a donation box underneath a candy-cane arch at the home -- and anyone who feels like giving back during the holidays can make a donation, and it will go to the NICU.

"So kids don't get sick usually or often," Warren explained to NEWS CENTER Maine when asked why he wants his family to continue their tradition.

The work doesn't all fall on their father, Rick Hathaway, though. Rick says his kids are big helpers -- and they and the neighbors know exactly why this tradition has continued for more than half a decade.

And next-door neighbor, Pallavi Kulkarni, who has only been living there for four months, can confirm -- she likes the display because of the cause and the sense of togetherness when people line up in their cars at night to watch.

"I always wanted to be in a place where I'm surrounded with a lot of people, and here I don't feel like I'm alone at all. It's like I have a wonderful neighborhood."

RELATED: Get in the holiday mood with Maine State Ballet's 43rd production of 'The Nutcracker'

The recognition extends all the way across town to Northern Light EMMC, where Dr. Jay Hagerty, who works in the NICU, agreed to speak to NEWS CENTER Maine -- and before the interview was a very special coincidence.

Dr. Hagerty was scrambling to find a patient room that was empty with good lighting to make for an ideal interview setting. He randomly decided on room 780 -- and while leaving the room after the interview was over, we noticed the plaque next to the door read, "In loving memory of Alexander Leroy Hathaway."

It's the kind of moment that makes you stop and smile and wonder -- just like the Hathaway's display does for Hagerty whenever he visits with his own family and sees the former NICU patients' children running around healthily.

And even for people who don't know the Hathaways personally -- the story is special enough to bring tears to their eyes.

"I love it," Marlene Spencer expressed to NEWS CENTER Maine. She stumbled across the Hathaway's home after visiting another holiday event at Anah Shrine with her daughter and granddaughter. "I've never seen anything like it before."

RELATED: Events across the state that will add sparkle to your holiday season

And as far as Rick is concerned, the display isn't going anywhere soon. He says he and his family hope to continue bringing the holiday spirit to the community for years to come -- or at least until he gets too old to handle it, Rick joked around with a chuckle.

This year, Hathaway Holiday Lights will have a float in Bangor's Festival of Lights Parade on Saturday, December 7. They are also hosting Santa Claus from 6 to 8 p.m. the week after on Saturday, December 14 -- so kids can stop by to drink hot chocolate, eat cookies, and tell Santa what they would like for Christmas.