The 'Halifax Tree' makes its annual trip from Nova Scotia to Boston, this year taking a pit-stop in Hampden 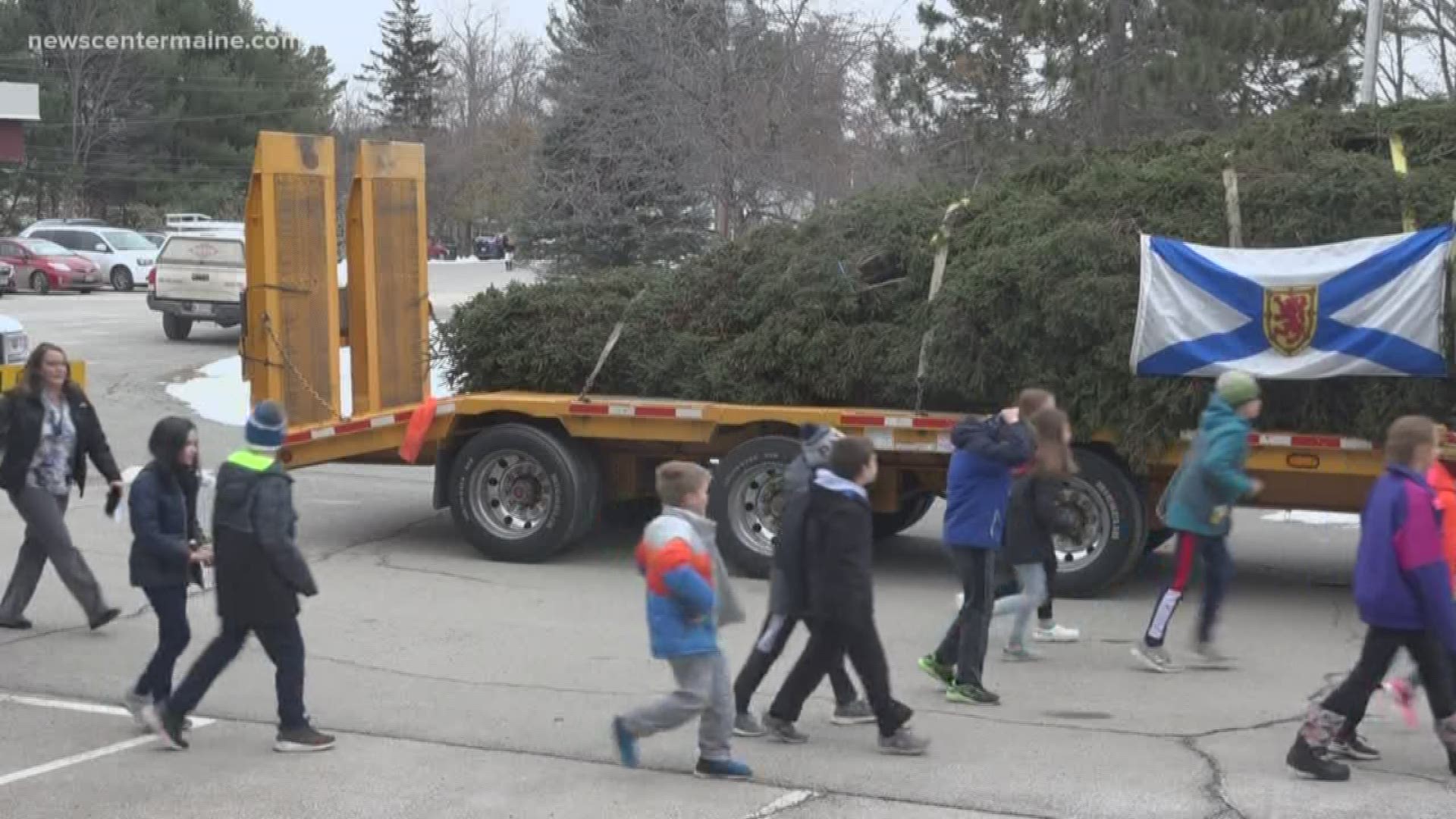 HAMPDEN, Maine — Students at the Weatherbee school in Hampden had quite the festive all-school meeting today. Today's assembly didn't include turkey's or stuffing, instead it made students and staff excited for Christmas.

For 48-years straight, and originally started in 1918, the city of Halifax has sent a Christmas tree to the city of Boston. The tree is a symbol of international goodwill and gratitude.

Gratitude originating from Boston's aid to Halifax after the Halifax explosion in 1917. Just before 9 a.m. on December 6,1917, two war ships collided. 20 minutes after the collision the SS. Mont-Blanc exploded.

“When the SS Mont Blanc blew up in the Halifax harbor, and killed a couple thousand people instantly," said Matt Dunlap, Maine's Secretary of State.

Nearly 2,000 people were killed, and more than 10,000 were injured. Every state in New England offered help and support to the city.

“On their own, pull together to ship supplies and send medical personal to Nova Scotia to help with the aftermath of the explosion and help the survivors," Dunlap added.

Some good can come of tragedy. Halifax sending thanks every season to Boston has built up the cities relationship, bonded by kind acts in hard times.

“The relationship from Halifax and Boston, sort of cemented by the Halifax explosion and Boston’s immediate assistance," Mike Savage, the Mayor of Halifax, said.

The bond between the two explained to the students in Hampden this morning. During the school assembly the drivers from Nova Scotia were able to tell the story of the tree and how important the delivery is.

Dave Macfarlane has delivered the tree for the past seven years.

“It is quite an honor, and we’re pretty excited to do it every year," he said.

The reaction from the students was overwhelming according to Principal Jenifer Cyr.

“Teachers came to me and said, I don’t think they’ll ever forget that, and this is a story we shouldn’t forgot and the message of you can never say thank you enough is one we want to stick with out students," she said.

A great reaction especially since Cyr had no idea how the kids would react.

“Kids got really excited and I didn’t know if they would to be honest," Cyr added.

The tree will now wait until December 5, when it will be lit and displayed on the Boston Common.

RELATED: 'Be a Santa to a Senior'