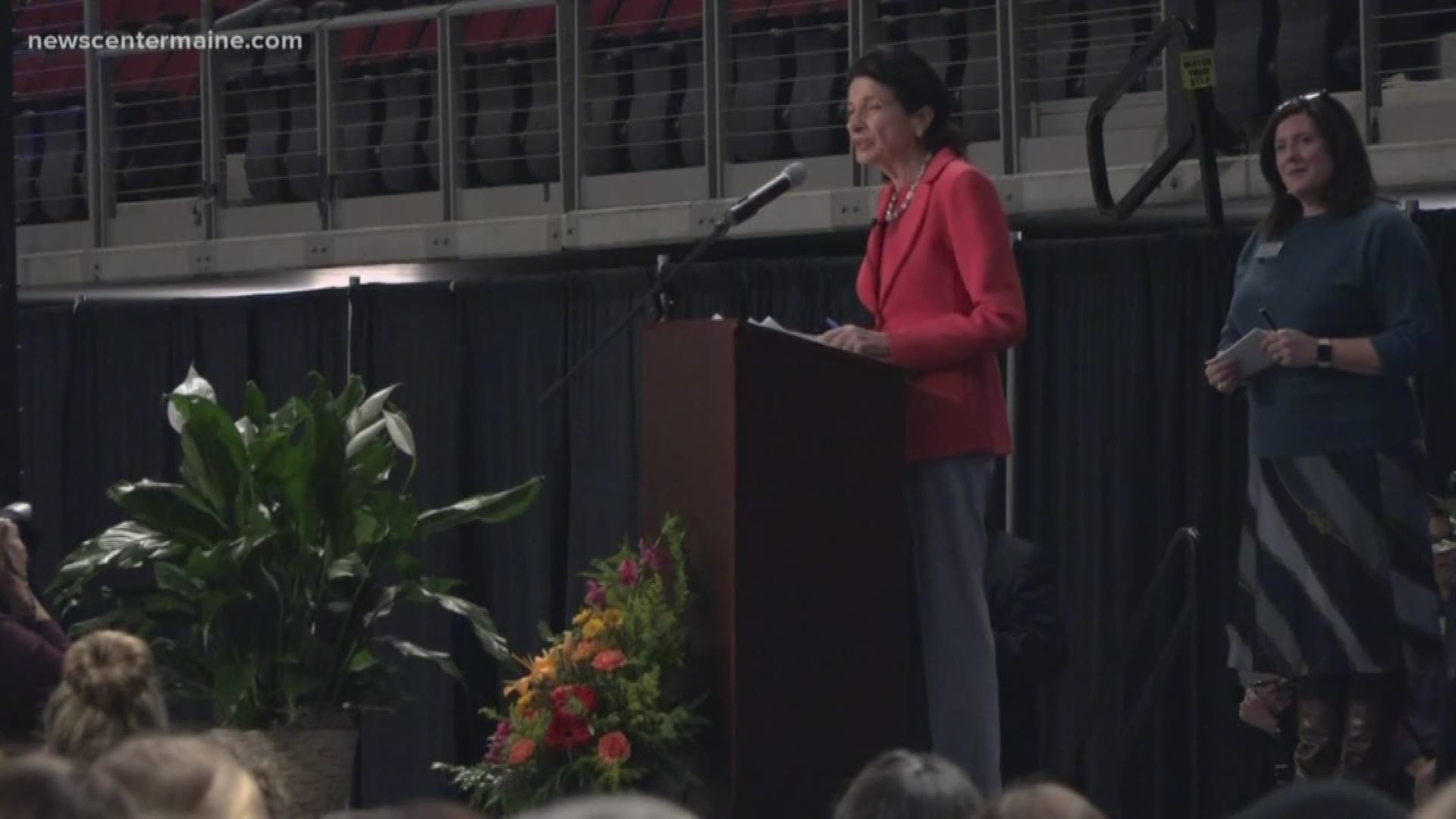 Girls who are part of the institute, referred to as "Olympia's Leaders," were able to prepare questions for the two women.

In their discussion, Snowe and Mills answered questions about female leadership and empowerment. They also touched on their political differences as a Republican and Democrat, respectively -- saying that it is important to teach young girls to reach across party lines.

"Politics isn't about the piece of legislation that's on your desk today. It's not about specific issues or even bills and positions. It's about relationship building," Gov. Mills said.

"It's the question of how you approach your differences, and how you communicate those differences with one another, and how you work with the other side to get something done -- to solve problems," former Sen. Snowe added.

The more than 500 girls who came to Tuesday's event were from 36 schools across all of Maine's 16 counties.