Funtown Splashtown USA's opening day in 2021 is scheduled for Saturday, May 29. The last event at the park was in September 2019 because of the COVID-19 pandemic. 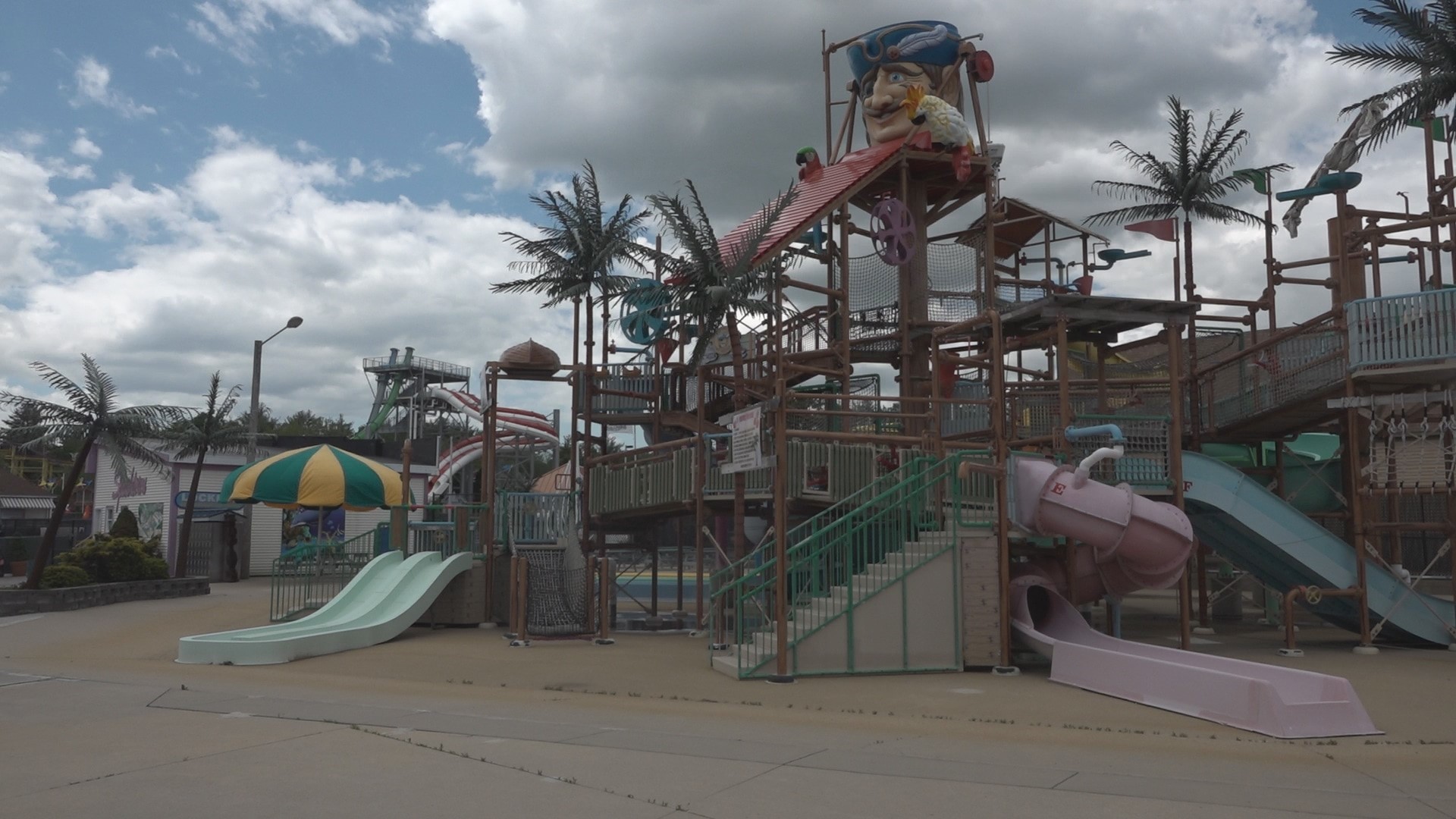 SACO, Maine — In 2020, the colorful rides at Saco's Funtown Splashtown USA sat quietly unused. The park, which is a summer staple for many in- and out-of-staters, hasn't been open since its last event in September 2019 -- but that is expected to change Memorial Day weekend.

Funtown Splashtown's 2021 opening day is scheduled for Saturday, May 29. For staff members, it's an exciting but slightly stressful time, as they've been working diligently the past couple of months to prepare. This family-owned business has been around for almost six decades, and 2020 was the first year it didn't open for seven days a week during the summer.

Family-owned @funtownusa is expected to open tomorrow for the first time in almost two years! I’ll have a LIVE interview with the general manager to hear what surviving the #COVID19 pandemic has meant to this summer staple. That’s on @newscentermaine at 6:30 a.m. #wakeMEup pic.twitter.com/xMfWFOhoGs

General manager Cory Hutchinson says the team began to talk about potentially reopening in the summer around Christmas when COVID-19 vaccines began to seem more promising. By February or March, they were confident a summer season could happen and started to make a calendar and hire workers.

The changing COVID-19 guidelines have presented some challenges. Hutchinson says they had purchased a lot of plexiglass and masks and built a reservation system to accommodate limited capacities. Now, none of that is necessary.

As a result, procedures at the park this summer will look pretty similar to the pre-pandemic normal. The only difference is there will be more frequent wiping down of high-touch points, like bathrooms, equipment, and rides. There were also be hand sanitizer at the entrance and exit of rides to encourage people to use it. People do not need to wear their masks outside but ae welcome to do so, if they feel more comfortable.

Last year, the team announced Funtown Splashtown wouldn't be opening relatively early on in the pandemic (around April). Hutchinson says the community has been supportive of their decisions overall and has been active on Facebook and social media, excited about the upcoming season. For him, this summer is all about moving forward from last year.

"It's a giant sense of relief. As stressful as it is to get this place ready to go, there's a lot of relief going on with, 'Hey, we are going to be open' -- because, again, being closed for an entire year is very, very stressful," Hutchinson expressed. "The fact that we're seeing people here now, and the flags are going up, and the plants are going in the ground, and we're starting up waterslides, and the roller coasters (are) running -- all of those things are incredibly exciting."

Funtown Splashtown will be open on weekends through June. After that, the park will be open every day except for Mondays and Tuesdays because of a shortage of workers, Hutchinson says. Hours are limited. If the park can't open because of the weather, Hutchinson says they will change their voicemail and update their website by early morning that day.

RELATED: No splashdown at Funtown this summer due to the coronavirus pandemic