From Michigan's 'UP' to Indianapolis: Meet the company behind the Final Four court

394 panels weighing a total of 60,000 pounds slide together like a puzzle to create a basketball court made to perfection for the Final Four. 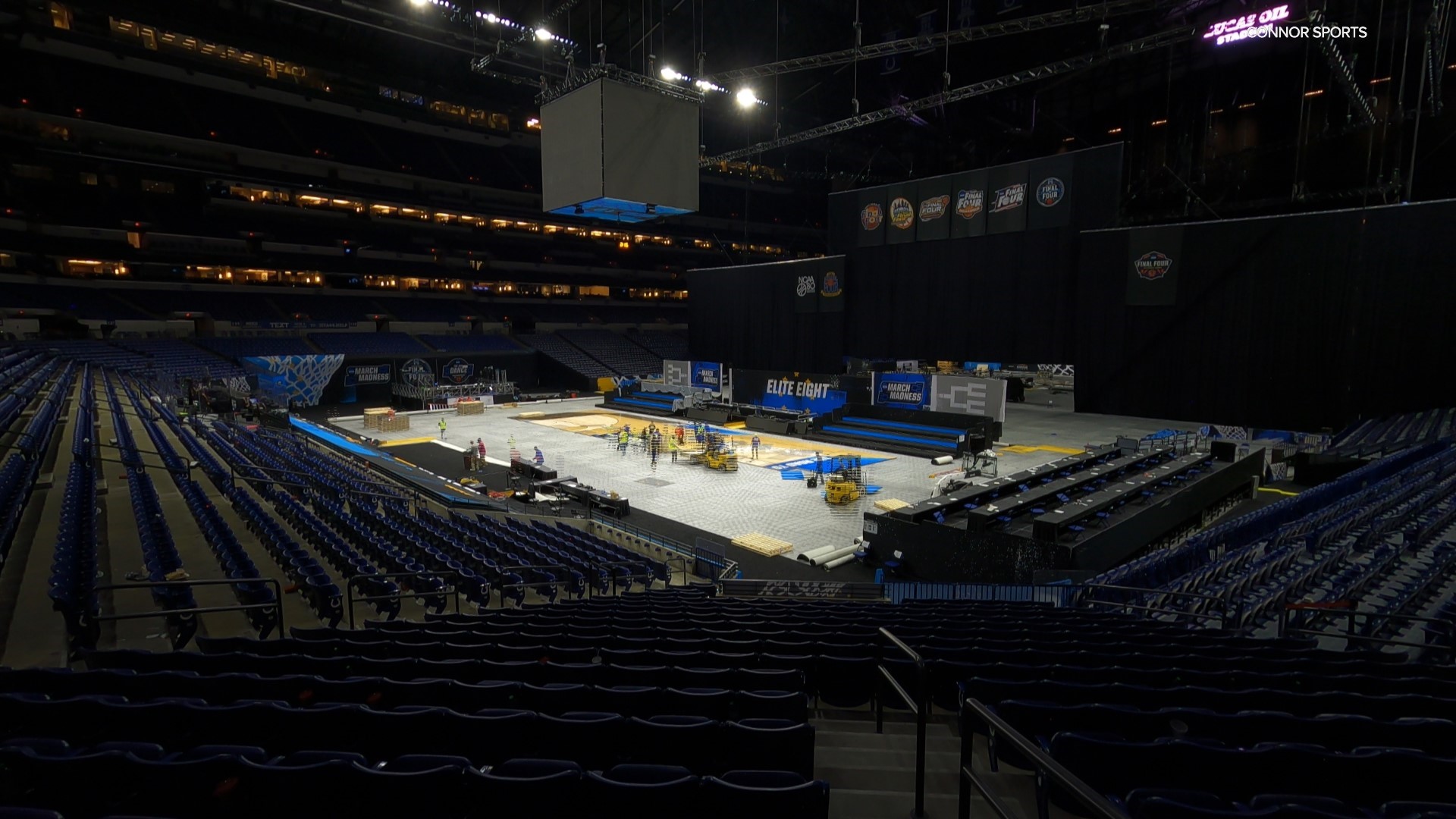 INDIANAPOLIS — The stage is set for the biggest day in college basketball. The NCAA men’s championship game will tip off Monday night in Indianapolis.

The court inside Lucas Oil Stadium was specially made for the weekend festivities.

“Not many people think too much about the court. They see the court. They know it’s there, but they don’t know the process,” said James Gabour, the events project manager for Connor Sports.

Every year, the road to the Final Four for Connor Sports starts in Michigan’s Upper Peninsula. In late fall, the company picks sturdy maple trees that are cut down and harvested. The lumber is built in four-by-seven panels before being shipped off to be painted and finished.

The process can take up to three months to complete. This year’s Final Four court was started in early January.

Last week, all 394 panels were installed at Lucas Oil Stadium. It took about four hours to finish.

“The panels all lock into each other. They slide into each other. It is kind of like a giant puzzle and by the end, you [have] a basketball court. It weighs roughly 60,000 pounds, and it took two trucks to get it here,” said Gabour.

The Final Four court is installed differently and is a lot larger.

Connor Sports has been working with the NCAA since 2006 and has been making basketball floors since 1914. The Final Four is always special for them.

“It’s exciting just to see it and know it is the last court. There are no more courts after it for the tournament. You can kind of breathe a little, and you get to watch some exciting games,” Gabour said.

Connor Sports supplied the courts for the Regionals, Elite Eight and Sweet 16 games. They also brought the practice courts at the Indiana Convention Center. Plus, they made the Final Four court for the women’s tournament in San Antonio.