The building that hosts the Skowhegan Free Public Library is more than 130 years old -- and staff members say its operating budget is about $225,000 per year. 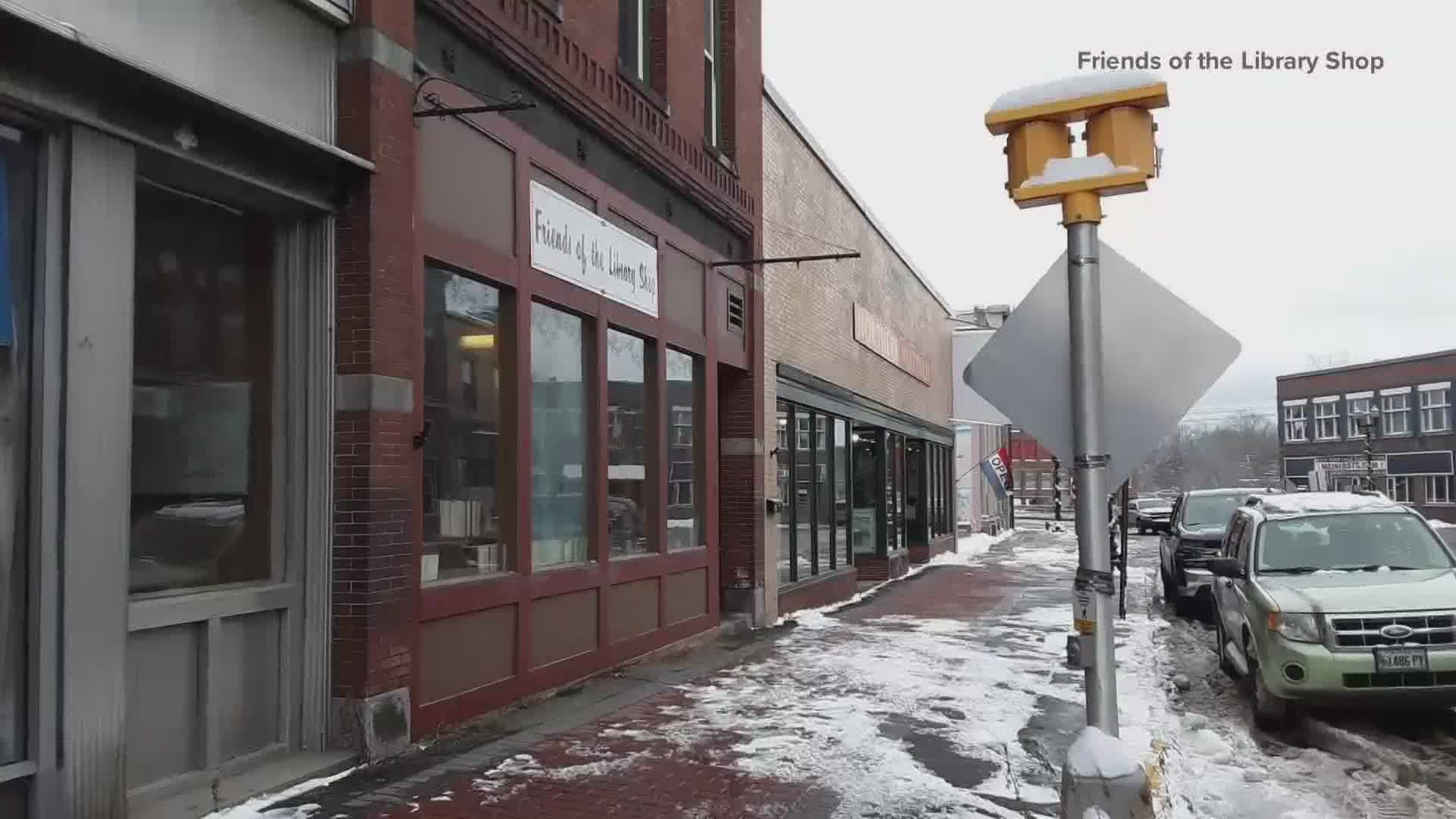 SKOWHEGAN, Maine — A new store on Water Street in Skowhegan is reinforcing the value of Mainers helpings Mainers, as proceeds there help to fund a historic landmark in the small town.

The Friends of the Library Shop opened in December 2020 and is run by two Skowhegan natives, Karen Lewia and Lynda Quinn (with help from their partner, Kirk Karkos). For both Lewia and Quinn, the Skowhegan Free Public Library is an important piece of their community, and they've had insight into its financial struggles, as trustees and board members.

"We were always talking about how could we cut? How could we cut to make the budget?" Lewia explained to NEWS CENTER Maine. "It just seemed like the only way to do it was to go in the other direction and bring more money in."

If you’re in Skowhegan, you may notice a new store on Water Street. I’ll tell you about the Friends of the Library Shop and explain how it’s supporting the historic Skowhegan Free Public Library on @newscentermaine at 5 and 6 a.m. #wakeMEup pic.twitter.com/KfZ0WYsYhk

It's why in a matter of just four or five weeks, Lewia and Quinn secured a storefront at 61 Water Street through the "Friends of the Library" nonprofit and encouraged people to donate items fit for a thrift store -- household goods, jewelry, decorative items, and furnishings. Lewia and Quinn say they clean everything thoroughly and are proud of the variety of goods people can purchase, oftentimes that came from their neighbors.

"It was just one of those things that you see a need and you feel that you can do something," Lewia expressed, regarding this mission.

It's also a way for members of the community to give back and help local establishments like the library continue to run.

"(People) feel like they're really taking part because it's hard to write checks -- but, 'Here’s some stuff!" Quinn said.

Angie Herrick is the head librarian at the Skowhegan Free Public Library. She's been working there for a little more than a decade and says in that time, they've run "in the red" when it comes to budget. Herrick says the more than 130-year-old building needs continued maintenance -- and salaries for four staff members, books, programs, and operating systems also cost money. She says the library's operating budget is about $225,000 per year. Her team receives a $20,000 endowment, as well as donations and money from taxpayers, but Herrick says it still isn't enough.

"I like to say the library is always a year away from closing its doors," Herrick admitted.

It's why Lewia and Quinn's support has meant so much to her.

Herrick says the money from the shop will be used to fund programs at the library. Before the pandemic, they were putting on about 300 programs per year, like story time, book clubs, crafts, and speakers. She says in 2019, about 16,000 people came through the library's doors -- and Skowhegan has a population of about 9,000.

Lewia and Quinn say the library is looking for a new director to help with fundraising, publicity, and grant writing. Anyone interested can contact the library or Friends of the Library Shop. These women are also looking for volunteers who may be interested in working at their store, because they hope to keep it going indefinitely.

The Friends of the Library Shop is open Wednesdays through Fridays from 10 a.m. to 5 p.m. and Saturdays from 10 a.m. to 3 p.m. They accept donations then, but people can also call to drop things off at other times. Lewia and Quinn do not accept clothing, children's items, or electronics. They say they do offer curbside pick-up for anyone who prefers it during the pandemic.