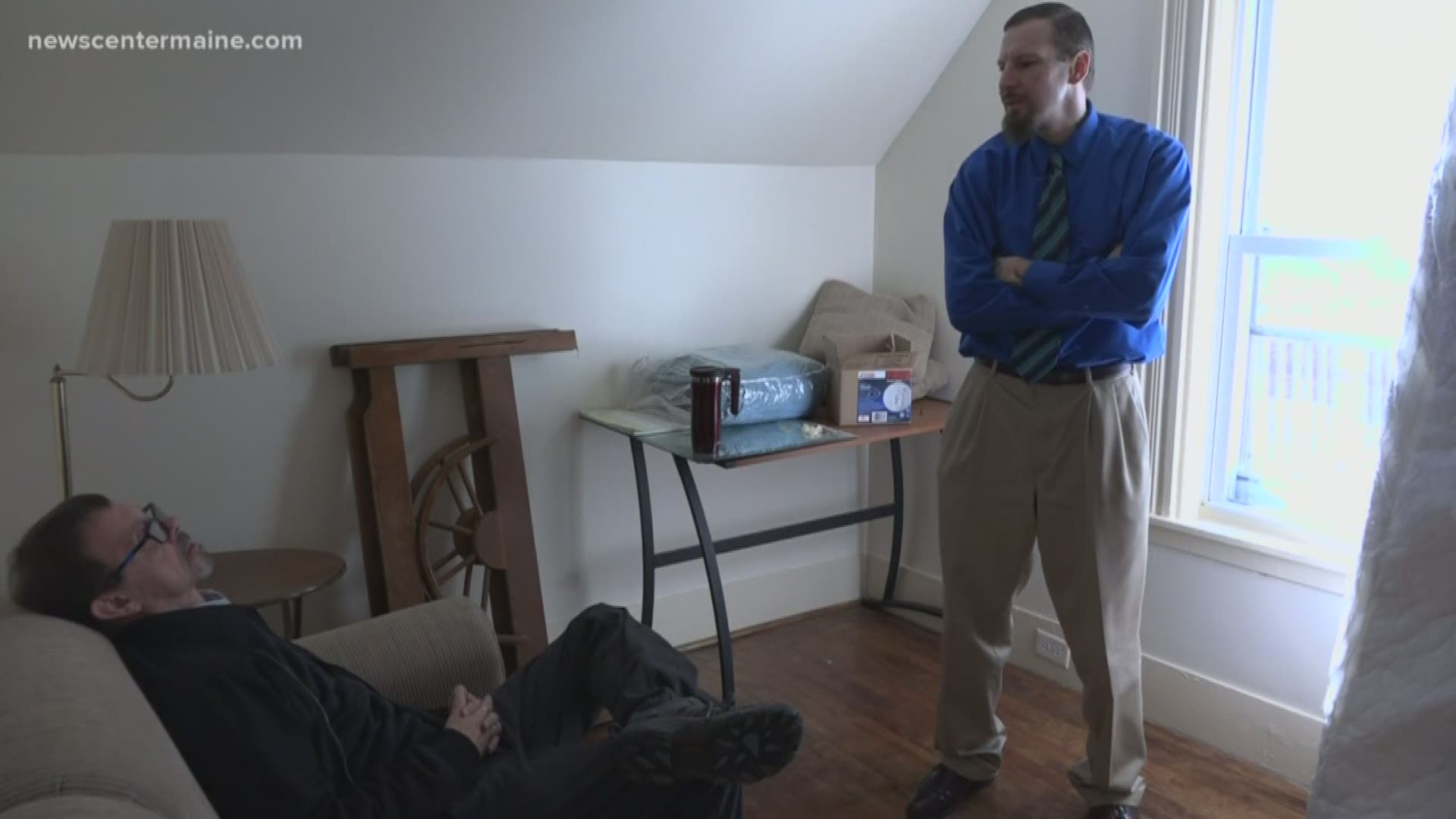 BANGOR, Maine — With white trim and peaked roof points, the house on 155 Warren Street in Bangor looks just like any other home on the block. What's different, though, is the work going on inside.

The Fresh Start Sober Living House program purchased the building this fall, and members began moving in late last week. This is the third house that Fresh Start owns, after it kicked off its mission only a year ago.

The sober houses are designed to help men newly out of prison try to break the cycle of addiction. For a lot of people with no place to go, that can be difficult, because returning to the same social environments often leads to relapsing.

"Men coming out of jail or prison sometimes have nothing. Literally, they have nothing," James Rickrode, Vice President of Fresh Start, explained to NEWS CENTER Maine. "They have a handful of paperwork that they're released with."

It's a dilemma Rickrode understands personally, having started using alcohol when he was 15 years old and then drugs by his early twenties. Following a jail sentence, Rickrode says he knew he had to change something about his lifestyle -- which is how he became involved with Fresh Start.

"For a long time, I guess I took from the community, and this is an opportunity for me to give something back."

It was that same kind of opportunity for Fresh Start's president, Scott Pardy. He bought the first house last year on Ohio Street in Bangor with some of his retirement money, motivated to do so after spending years working in the prison system and seeing the amount of recidivism. He, too, is a former addict.

"(It was) more heartbreaking than anything to see this keep going on and on. You know, you hear talk about things being done, and nothing gets done," Pardy said. "So I took some of my retirement money and bought a house over on Ohio Street."

After that purchase, Pardy realized he was going to need a lot more than just seven beds for men.

"I did not foresee the demand, as huge as it is."

The demand led Pardy two purchase two more houses -- one over the summer in Brewer and this third one on Warren Street. He says he hopes to continue to expand the program, granted the needed finances -- because the community environment helps these men heal.

Kevin Russell is one of those men, out of prison for about a month now and looking to change his life to mend his relationship with his daughters.

"They've all but given up on me. I'm working towards that now to show them that I can be a, you know, productive person in society."

Thanks to Fresh Start, it's a journey he doesn't have to undertake alone -- and Russell says that's helpful, because it reminds him that there are alternatives to repeating the same mistakes.

"We do a lot together. We go to meetings. We sit down and have meals together. We pray together," Jason McKenney, house manager of the facility on Warren Street, said.

It's a bond that personally helped McKenney reclaim his family relationships and make the journey back to school at the age of 46 to study welding at Eastern Maine Community College.

"Things can change, you know? You can get your relationships back. You can get a job (and) keep a job," McKenney told NEWS CENTER Maine. "Maybe we can set a good example, and they'll see that, and they'll want it, too."