Jay DeMartine hasn't missed a day swimming since July. Even in the frigid water, this Mainer has a story that will warm your heart. 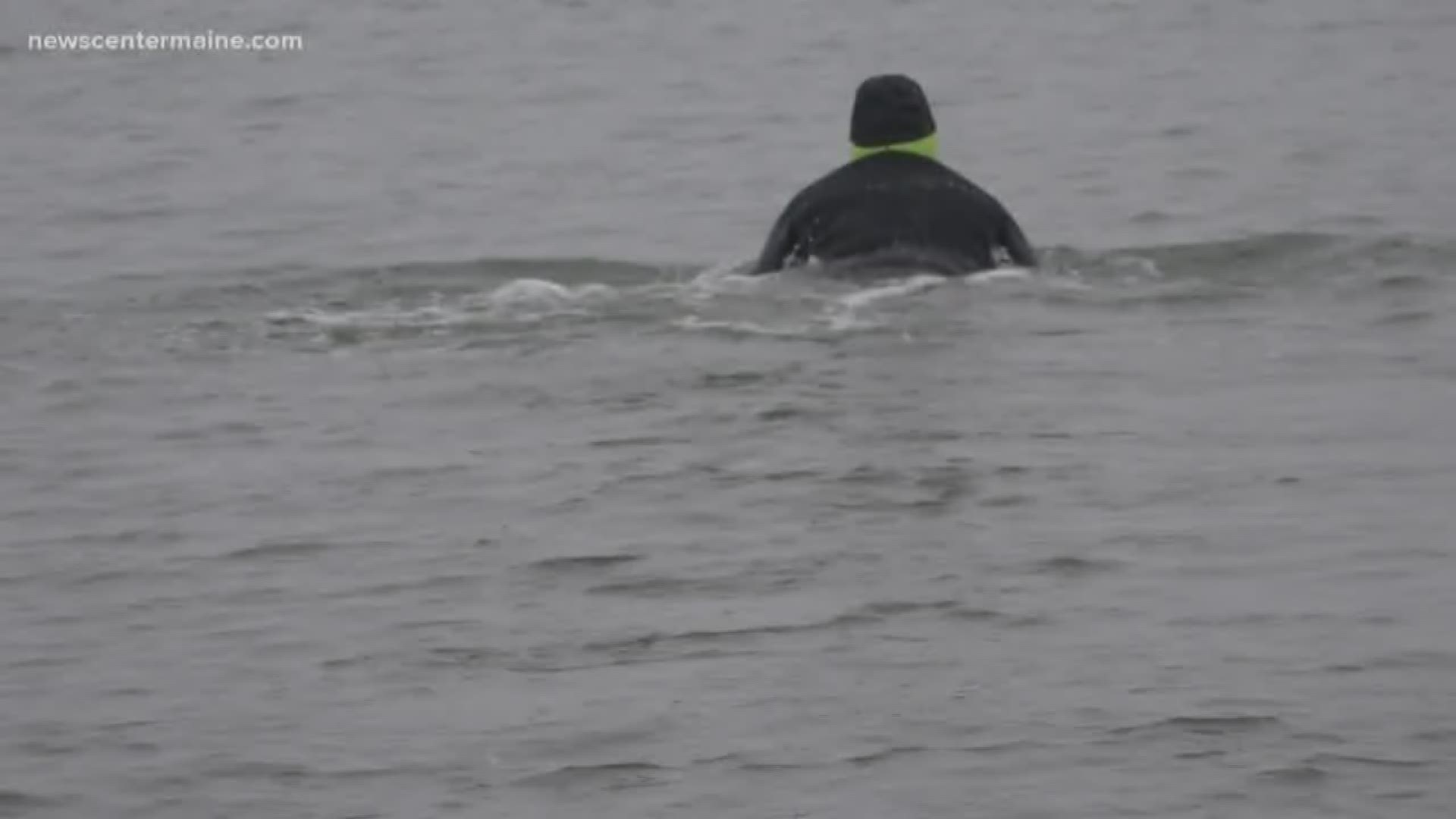 SOUTH PORTLAND, Maine — There's something to be said about never missing a workout for more than 200 days straight.

For Jay DeMartine Wednesday was number 207 in the frigid water, swimming at Willard Beach in South Portland.

We caught up with him Thursday, on swim 208.

He started going for a daily swim in July and hasn't stopped since, even in the snow. He says there was no particular reason for starting this however it's brought him closer to his neighbors.

That sense of community is what he had been searching for, for a long time. After caring for his mother, who suffered from dementia, he felt isolated.

When she passed away, he moved back to Maine from Vermont.

"It's the first time I've lived in a neighborhood where you have people around you that you associate with routinely. You may not have known them all your life but you sort of spot each other's characters and start enjoying it and I find that really lovely," he explained. "And this swimming thing, how do you say this without the ego getting involved? It's like it gives you an identity to people. People know me as 'the person who.'"

A person who certainly immersed himself in the cold to find warmth. His neighbors watch out for him and cheer him on.