Two farmers say they often have to wait until late at night for other users to get offline so that they can access the internet. 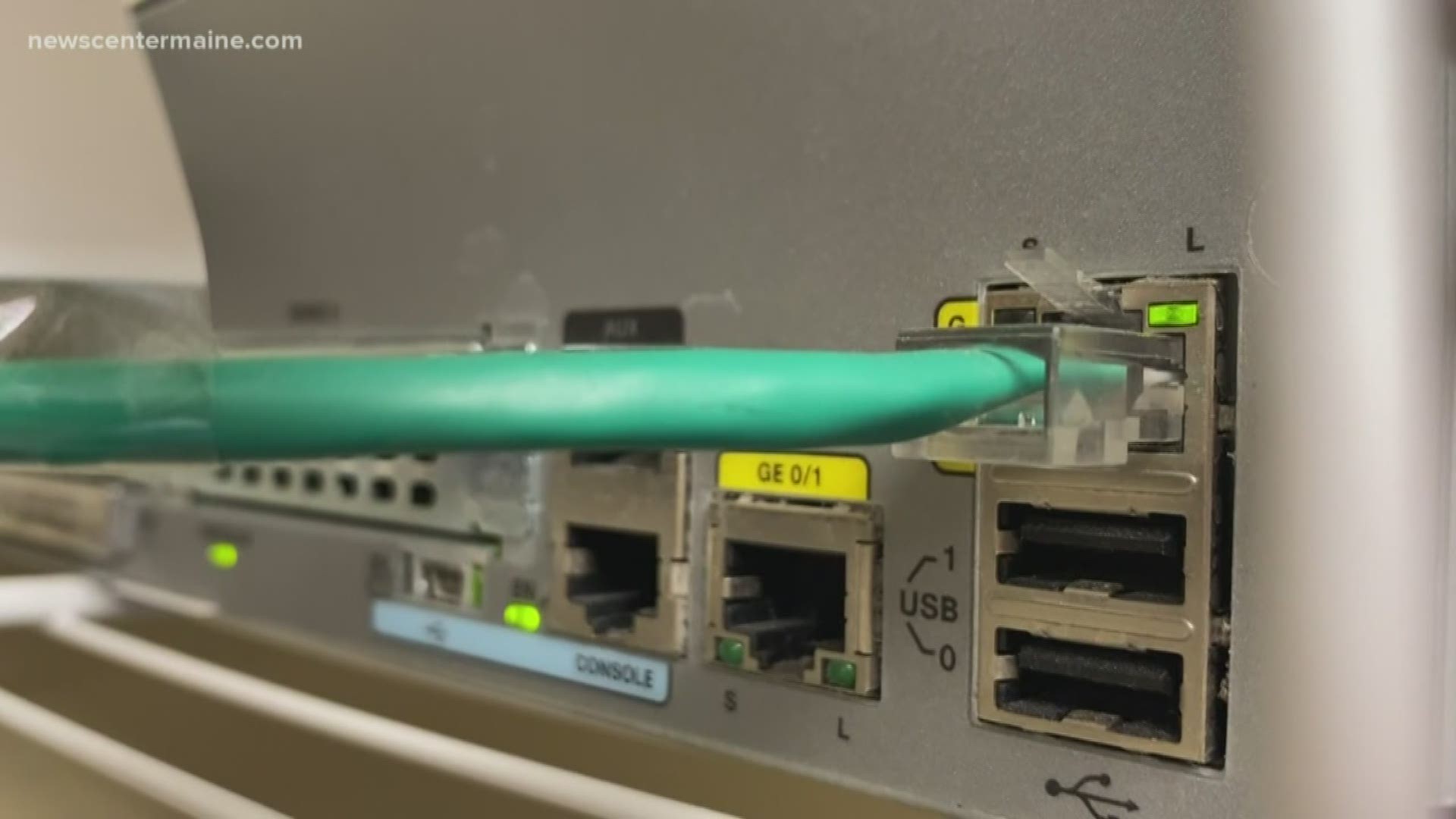 AUGUSTA, Maine — Jim Buckle and Hannah Hamilton know what hard work’s all about. They put in plenty of it at their organic farm in Unity. But the couple said work is more difficult than it should be because they don’t have access to high-speed broadband.

“We sell to restaurants in Massachusetts, all of our sales are online,” Hamilton said. “We communicate with chefs and buyers and others.”

Because their internet service is slow, the two young farmers said they often can’t get business done during the day, and often have to wait until late at night after other users have gone to bed when the service finally speeds up.

Buckle is president of Maine Farm Bureau and said slow internet can be a serious problem.

“Say you have storage and are storing crops and rely on broadband to say what the monitors are saying in the storage house to repeat onto your home computer, to your smartphone. Sometimes a few hours, if the crop freezes, you’re out $10,000 or more.”

The two farmers went to the State House Tuesday to join their state Senator for a press conference. Sen. Erin Herbig (D-Belfast) is sponsoring a bill to provide $15 million to help fund broadband expansion in rural areas. The money would go to projects in areas considered “unserved” by the current state standard for internet speeds of 25 MB download and three MB upload.

Herbig told the audience at a press conference, and later at a Legislative committee, that Maine is already paying the price for slow internet.

“We pay when businesses in rural Maine close because they cannot compete for retail customers online. … we pay when good homes sit on the market even though families want to move to this state but they can’t purchase the homes because they can’t connect to the internet. “

Herbig said later that lack of broadband is becoming a significant problem for selling real estate in some rural areas.

The effort to secure money from the current state budget follows a failed effort in the Legislature last year to pass a bond issue for broadband, also for $15 million. That failed to gain enough votes to be put on the ballot after Republicans raised concerns about the overall level of state spending.

This time, Herbog’s measure will only need a majority vote, which appears likely n the Democratic-majority Legislature. At the committee hearing, Peggy Schagger of the ConnectME authority said the Mills Administration supports the funding.

There will also be some new federal broadband funding coming to Maine. The U.S Department of Agriculture is scheduled to send an official to Maine Thursday, to announce a USDA grant, reported to be “nearly $10 million” for broadband in several communities around the state.