The boom of businesses in downtown Bangor might be a problem for people wanting to enjoy restaurants and shopping areas. If you are looking to park, be prepared! 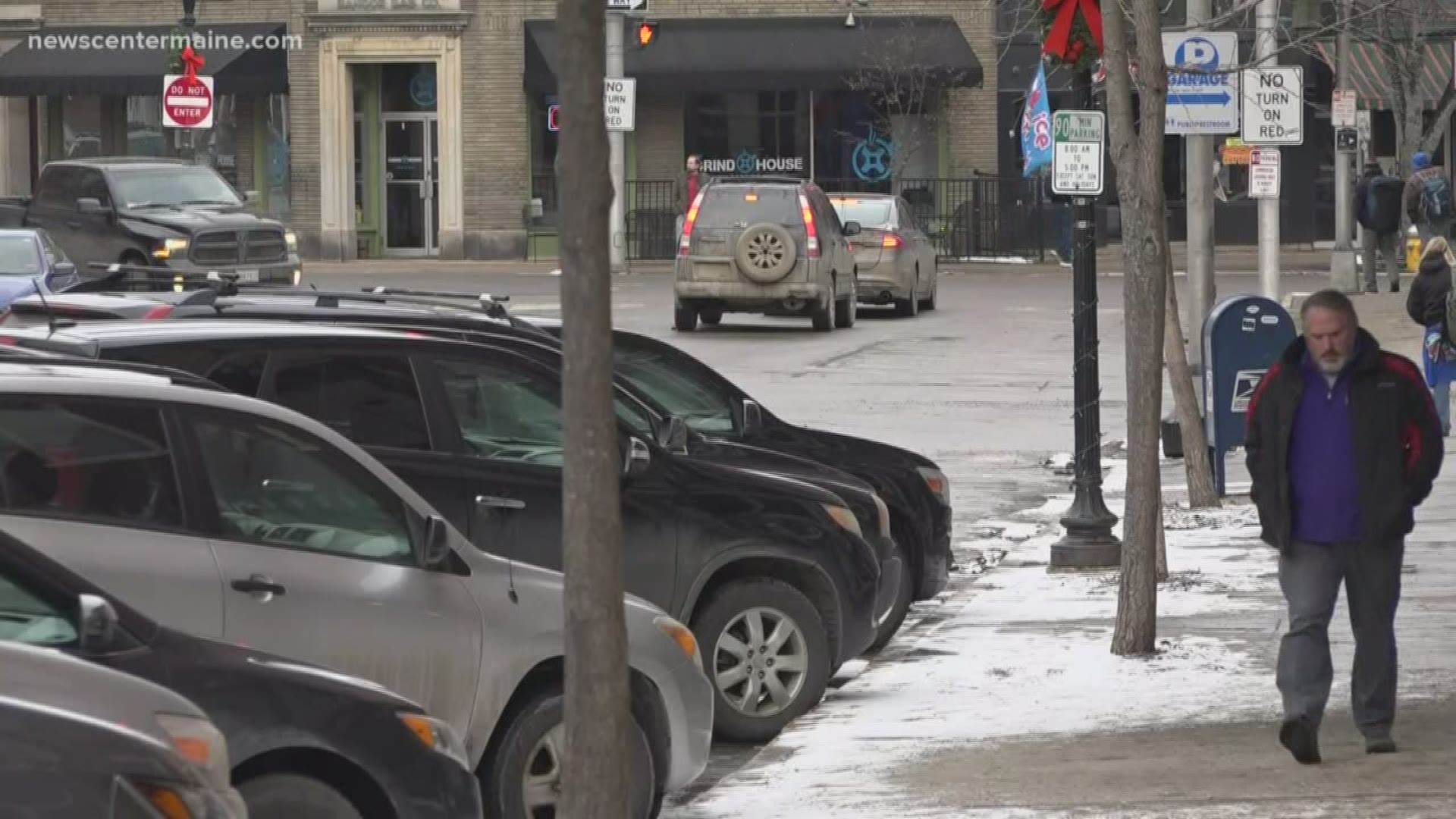 BANGOR, Maine — Rush hour in downtown Bangor is typically between 11 a.m. and 2 p.m. If you are looking to park... be prepared to look for a while.

"There is no real easy way around it when you are talking about downtown parking," Gerard Murphy, the Portland Pie manager in downtown Bangor said.

Republic Parking conducts an impact study and presents it to the City of Bangor every year. The results are now coming out including monthly rate changes, active ticketing areas, and the famous downtown "shufflers."

"So this year they are suggesting a few rate increases at some monthly lots downtown, it's just something we do time to time to sort of keep things in balance with the demand of these lots downtown," Tyler Collins, the City of Bangor Community and Economic Development Officer said.

The study indicates there is usually an 85% parking occupancy rate in downtown Bangor, but people and businesses think differently.

"Starting around like 3:30-4:00, basically every parking spot is taken up and after 5:00. You don't have to move so everyone has filled up the spots," Bill Bart, a business owner in downtown Bangor said.

The report also points to the number of parking "shufflers."

Those are people who park according to the permitted time, usually two hours, then "shuffle" their car to a different spot to avoid a ticket.

Some do the "shuffle" all day long.

"A number of individuals will park per the allotted time but they'll go out and move their car before that allotted time is up and they'll move it to another space in the vicinity to avoid getting a ticket," Collins said.

"Our delivery drivers have to make sure that, you know if their delivery business is busy that they are setting a time and moving their car regularly to make sure they don't get a ticket during the day," said Gerard Murphy, the Portland Pie manager in downtown Bangor.

The City of Bangor hopes people will keep alternative forms of transportation in mind to alleviate the rush hours, like using the community connector bus, biking, walking, taxis or ubers.

"Well, I see a solution, using the parking garage! It is great! But I can see that people that come and shop they don't want to walk from the parking garage, it's cold half the year here you know they'd like to be able to park and pull right up," said Bart.

Downtown Bangor
A couple cool data points from the parking meeting this morning: ... The industry standard for on street parking is an 85% occupancy rate. You can see from this chart of data collected over the course of a month, that most streets Downtown offer way more vacancy than that!

"Most people know when they come downtown that parking is one of the things that you have to deal with," Murphy said.

Depending on the area in downtown parking is typically free for the first two hours, same in Bangor's big downtown garage, but then you have to move or pay.

Downtown Bangor
A couple cool data points from the parking meeting this morning: ... The industry standard for on street parking is an 85% occupancy rate. You can see from this chart of data collected over the course of a month, that most streets Downtown offer way more vacancy than that!

In Bangor,  the parking problem is mostly during the lunch and dinner restaurant rush,  and right after five o'clock when people who live downtown can park overnight on the streets for free.

RELATED: Community Connector buses give free rides for a day

RELATED: Downtown Bangor is booming as it reshapes its historic buildings