The work is at the old Head Tide dam on the Sheepscot River, which has basically been unused since the last sawmill shut down nearly 80 years ago. 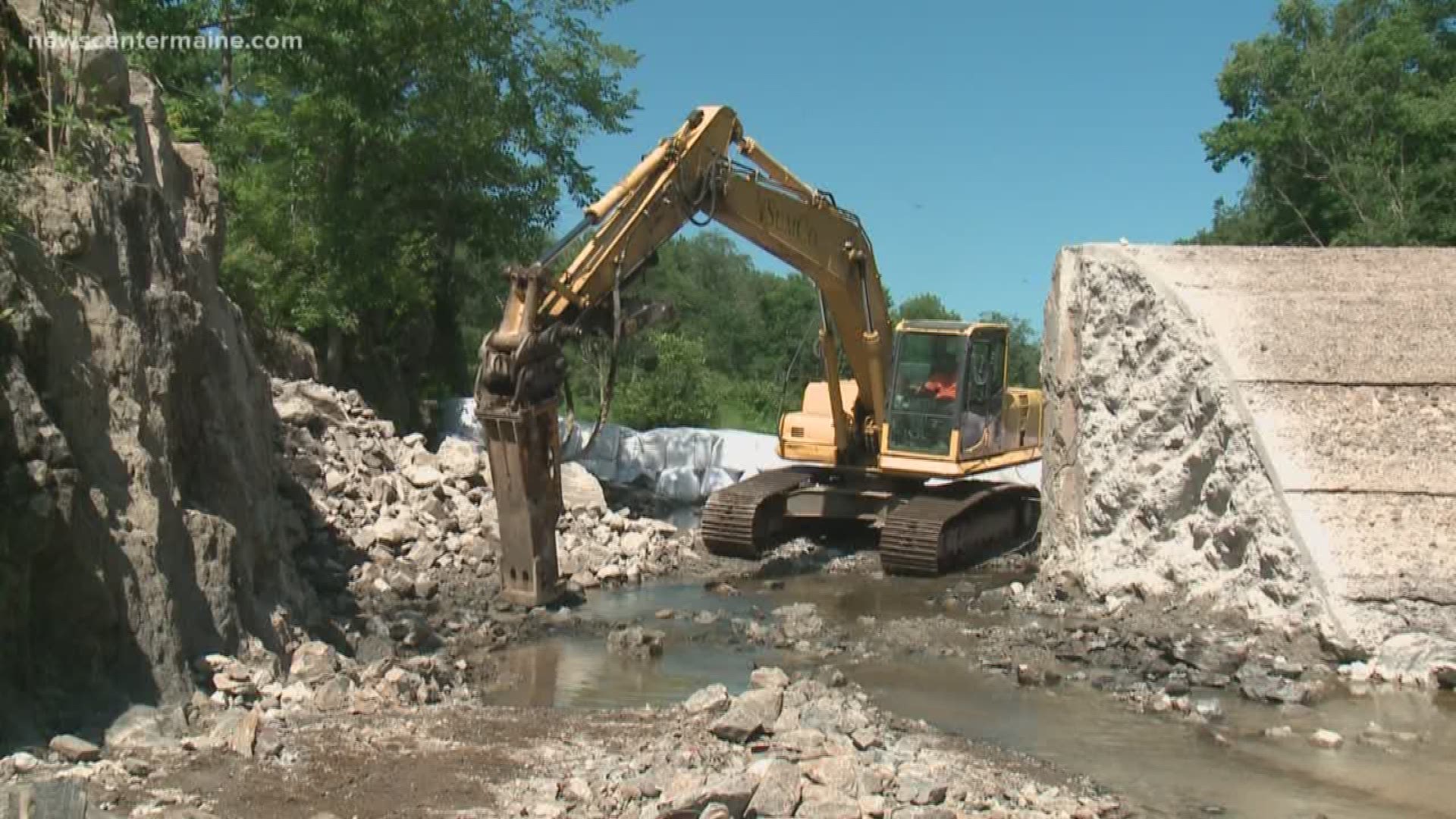 ALNA, Maine — After years of studies and plans, construction has started in the town of Alna to help more fish swim up the river.

The work is at the old Head Tide dam on the Sheepscot River, which has basically been unused since the last sawmill shut down nearly 80 years ago. The town of Alna now owns the property and is working with conservation groups, state and federal agencies to open up the dam for better fish passage.

Maranda Nemeth of the Midcoast Conservancy, which is coordinating the project, says they’re making a much wider and deeper space for fish to get around the dam, which should allow a lot more of them to make it upstream.

"So working on this dam and opening it up will allow migratory fish to traverse into the tributaries and ponds where they can spawn and reproduce and increase in numbers," Nemeth said.

She added that even though most of the dam will remain standing, the additional space for fish will make a major difference.

"It will be as if this dam were invisible to the fish. We’ve designed it and modeled it and believe they won’t even be able to detect the barrier."

Nemeth says alewives and shad, perhaps the most common migratory fish in Maine, should show population increases fairly quickly. Those fish are important to the natural food chain, and alewives are also harvested on the River for lobster bait.

But the real prize, she says, is Atlantic salmon. The Sheepscot is one of seven Maine rivers where wild Atlantic salmon were declared an endangered species nearly 20 years ago. A state fisheries manager says some salmon do return to the River from the wild, and they hope better access to quality spawning areas will help bring more of them.

Last year, the same groups and agencies removed the old dam farther upriver on the Sheepscot, in Coopers Mills. That project has now been finished, with landscaping, walking paths and multiple fire hydrants, which was a need for that village.

Maranda Nemeth says the Head Tide dam will get similar treatment, and she says when the project is done, salmon, alewives and other fish will be able to swim from the ocean far up the river to spawn. They plan to work next on fish passage to get past two more dams even farther inland. Greater fish populations, she says, will help both the natural and human worlds.