Later this month, Salon Fior in Saco will be donating proceeds to Jasmine Patten and her family after the young mother suffered a stroke at the end of 2020. 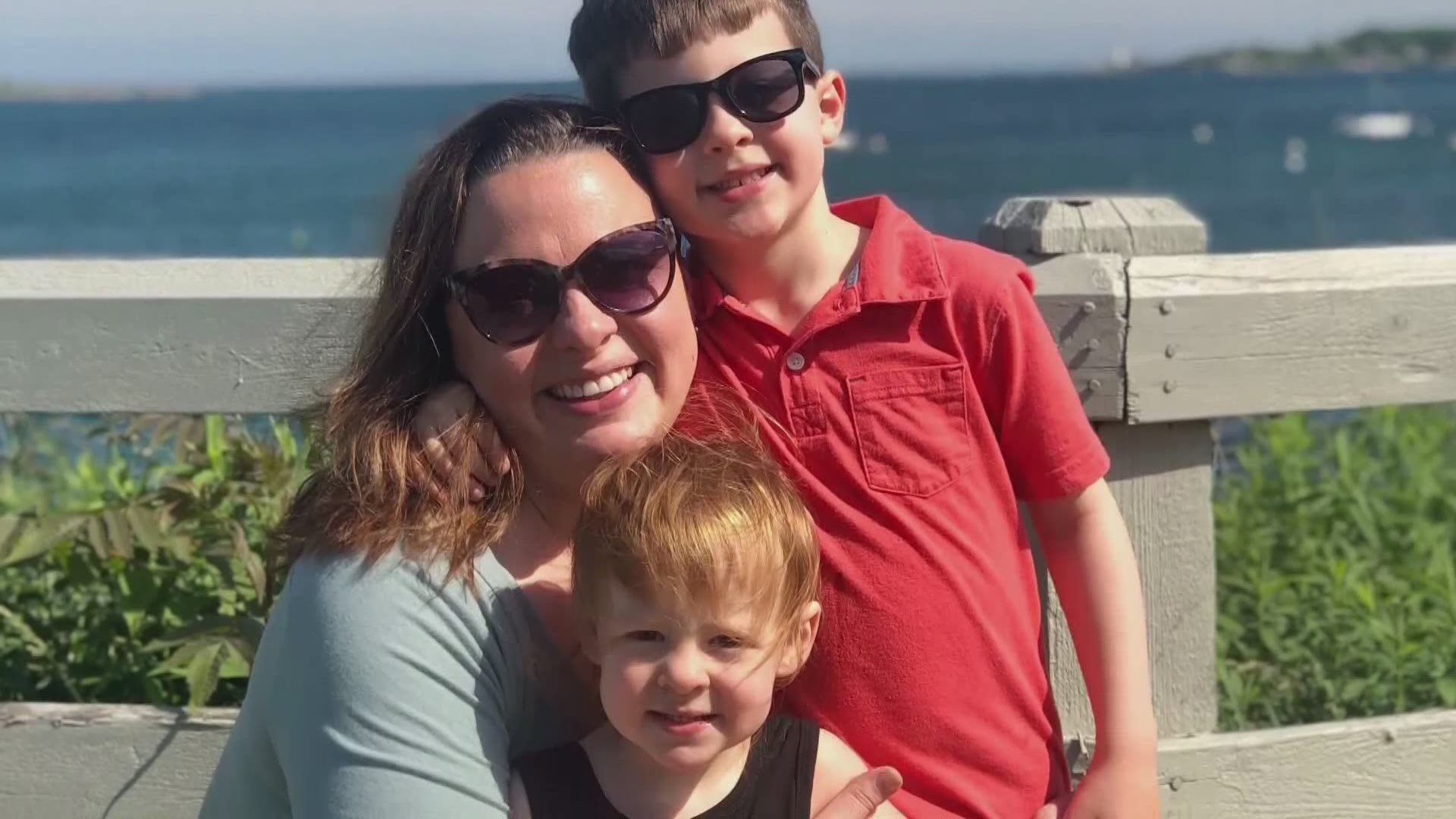 SACO, Maine — For the last few years, friends Jasmine Patten and Michelle King have been getting their hair done together every few weeks by the same stylists.

"It became our thing," King said.

That was up until recently, when Patten -- a 36-year-old wife and mom of two -- suffered from a stroke in her home at the end of December.

Since then, Patten has been in the hospital recovering and was just recently moved into a rehabilitation center, King said. She is not able to speak but nurses are hopeful she will gain back all functions with time.

"She's not speaking," King said. "They are hoping by the time she gets out of rehab she will be able to walk again. She's strong, so she still has all of her muscle capabilities... I guess it's just the connection between her brain and the muscles and telling them what to do again that she needs to re-learn."

Medical bills are already starting to pile. King created a GoFundMe page to help with the growing expenses, but she knows the family has a long road ahead.

Patten's husband, Bryan, is now adjusting to a new normal, which includes raising two small children on his own and keeping up with his wife's medical needs. His community has stepped up to the plate, though. According to King, community members created a meal train to make sure the family has food in their bellies at the end of a long day.

When Patten's hair stylists, Salon Fior owners Matthew and Samantha Cleaves, found out about what had happened, they immediately wanted to do something for the family.

"My parents taught me to always help whenever you could," Samantha Cleaves said. "We just love her and we want to take this opportunity to pay it forward."

The two decided to host a cut-a-thon and donate all sales from the day to the Patten family. It will take place later this month at their salon in Saco.

"Just imagine if this was your wife and something terrible like this happened, how can you not want to help?" Matthew Cleaves said. "I wish my salon was 10 times the size so we could help 10 times more."

King says the gesture means the world to her and the Patten family.

"I know Jasmine would be doing the exact same thing if this was me," King said. "So, whatever we can do to help."

The cut-a-thon will take place Saturday, Jan. 31, at Salon Fior in Saco.