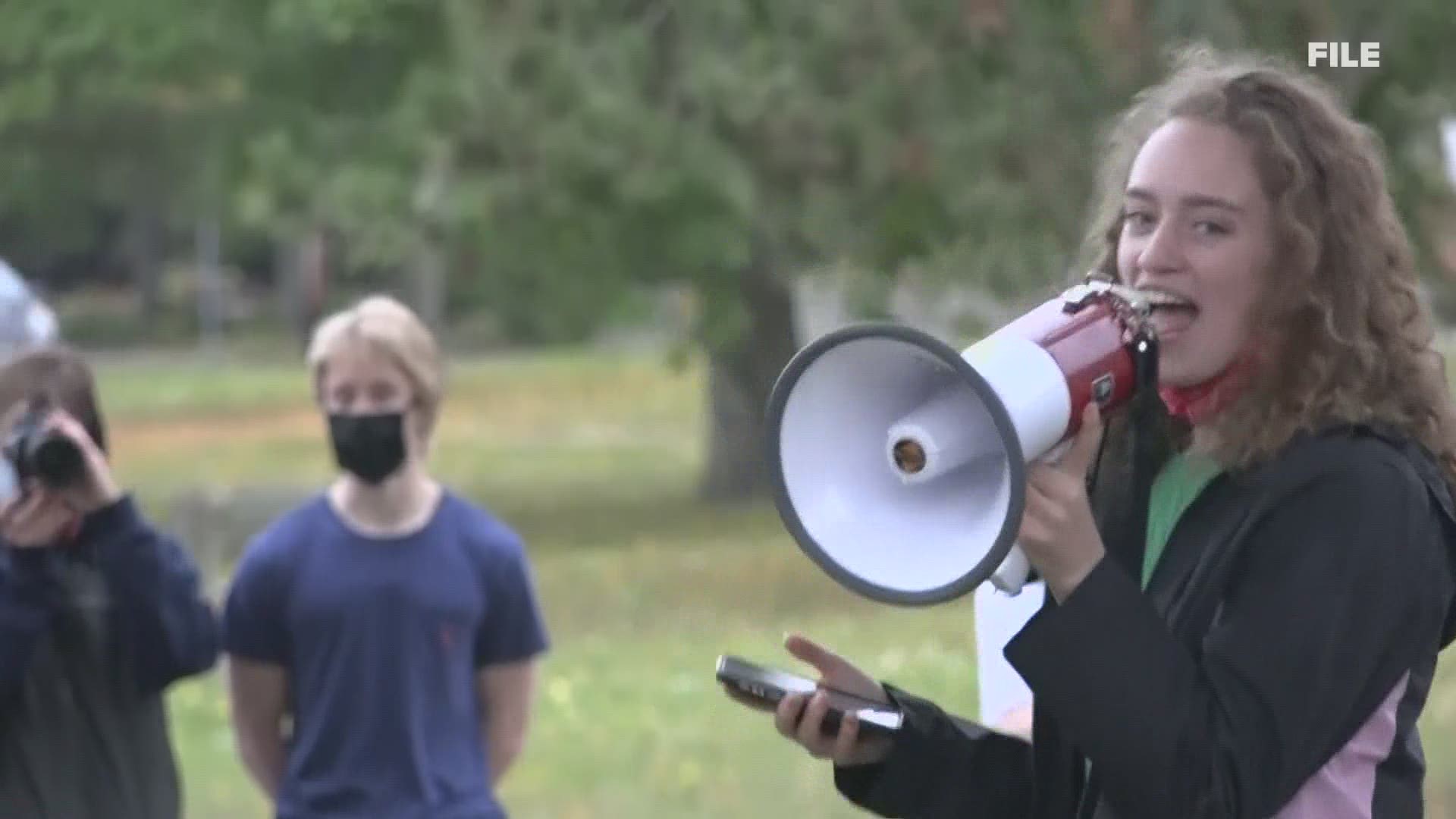 BANGOR, Maine — The city of Bangor will begin taking new steps to address climate change. That decision comes after months of encouragement by young, local activists calling on their city councilors to make a difference.

On Monday, Feb. 22, the Bangor City Council voted unanimously to pass a climate emergency resolution -- "Recognizing a Climate Emergency and Committing to a Municipal Climate Action Planning Process Consistent with the Maine Climate Action Plan, Maine Won't Wait". The resolve recognizes the "planet is experiencing a climate emergency", so the "City of Bangor will take necessary steps to mitigate and eliminate municipal impacts on climate change".

Last Monday, the Bangor City Council voted unanimously to pass a climate emergency resolution. I spoke with city councilor Gretchen Schaefer, as well as students who made this proposal, about what it means for the city. Details on @newscentermaine at 5:30 and 6:30 a.m. #wakeMEup pic.twitter.com/lHvVeqGBvk

This resolve was assigned to Bangor City Councilor Gretchen Schaefer. She says she was not surprised by the unanimous vote, especially after the city council received a number of emails from community members in support of it passing. She says these actions are "benchmarks and goals" to work toward, noting small changes can add up.

"I think that most of us can really recognize what climate change is doing to our area into our region and to our world," Schaefer told NEWS CENTER Maine, later adding, "We aren't the biggest city. We aren't Manhattan -- but in some ways, that might make it a lot more feasible for us to do this."

Schaefer says she has personally been inspired by Bangor Climate Strike, the group of young area student activists who brought this proposal to the city council last fall in an effort to encourage their local lawmakers to prioritize climate justice. Schaefer is a mother to two daughters and is worried about what their futures might look like.

"If we can get ahead of the problem before it gets here in a really serious -- in a more serious -- way than it is already, then I think that we should do that," Schaefer said.

"I think that a lot of adults are beginning to kind of understand and empathize with us," Wells Mundell-Wood, an orchestrator for Bangor Climate Strike (a hub of the larger group Maine Climate Strike), said about her reaction to last Monday's unanimous vote. She says the students and city council worked with a climate consultant to revise the proposed resolve and make it more specific to Bangor. Though the resolution passed doesn't meet all of the goals the students had hoped for, they say it's a good first step.

"That kind of took me off my feet," Isabel Kidwell, a junior at Bangor High School, admitted. "I was super happy about that (vote) because it was not something that I was expecting."

"It was definitely a victory and definitely a coming together of public opinion and just hearing everyone's voice," former Bangor High School student Ijeoma Obi added.

RELATED: Thousands of Maine students expected to walk as part of a global climate strike

These students say they are committed to continuing to push for climate justice. The city council has apparently agreed to discussions about amendments to the resolution in the future.

"Any bit that we can help change the future, even in just a small town...is going to add to the big picture and be an example of what other cities in Maine can do," John Bapst Memorial High School senior John Nadeau said.

"It's our generation that's going to be affected," Mundell-Wood expressed.