Catalyst For Change Wear: the Maine business changing the narrative around suicide

For the last six years, Catalyst For Change Wear has been changing the way people express themselves and the narrative around suicide. 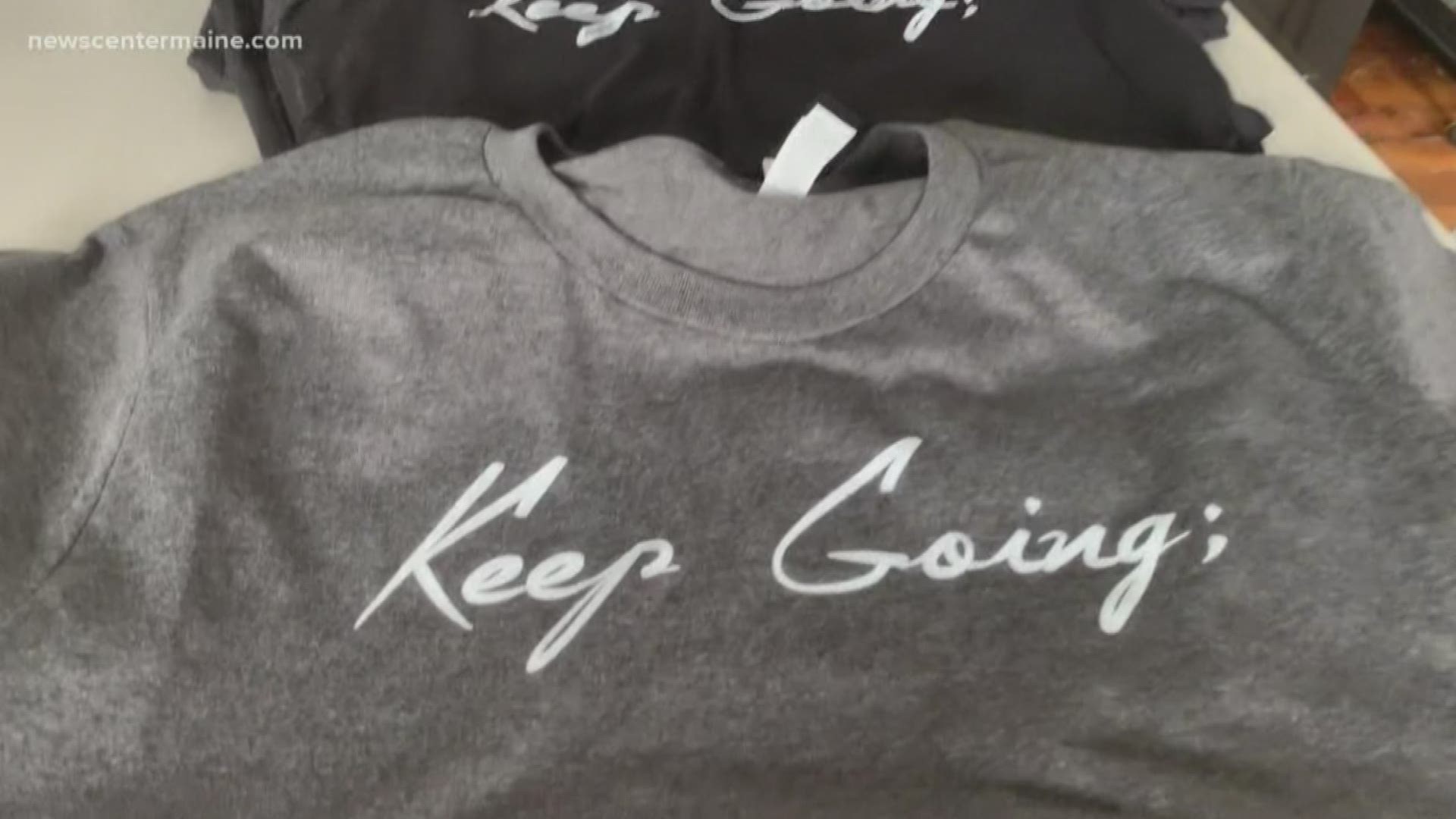 WESTBROOK, Maine — For the last six years, Catalyst For Change Wear has been changing the way people express themselves and the narrative around suicide.

CFC Wear's founder, Kyle Poissonier, says he has battled anxiety and depression for most of his life. Which is why he decided to incorporate a 'Suicide Awareness and Prevention' campaign into his brand every year. He says he realized his own story might have the power to impact others.

"It was just supposed to be a flag or a conversation starter," Poissonier said. "It was really a cry for help for myself to not feel like I was the only person going through this stuff."

The shop is known for its expressive t-shirts and catchy 'Just A Kid From Maine' design. However, every September it features messages of hope you can wear.

Adding messages like 'Keep Going' and 'Refuse to Sink' followed by a semi-colon, the universal symbol for suicide prevention. Poissonier say he wanted to make sure other people knew they were not alone.

"Man, 'keep going' and then you put a semi-colon after it," Poissonier said. "It's, 'the author could have chosen to end the sentence, but continued to keep going'... it's perfect."

There's something simple yet powerful about the design.

"They're catalyst shirts and most people can spot one from a mile away," Poissonier said. "They’re just very simple and we allow them to be simple so they can be something more for somebody else."

Since starting the campaign back in 2014, CFC Wear has donated a portion of its proceeds to a number of different organizations and causes. Poissonier says the first year they were able to write a check for $500 dollars. Last year, they donated more than $17-thousand dollars to AFSP Maine, or Americans for Suicide Prevention.

"The biggest thing that I hear from people is 'thank you for just giving us a voice'," Poissonier said. "It's just the conversation, it's being willing to listen and being willing to reach out."

At the end of the day, Poissonier says he's just a kid from Maine whose lucky enough to be doing what he loves every day. He says being able to help change the narrative around suicide is a special, added bonus.

"If a phrase as simple as 'keep going' or 'refuse to sink' on a t-shirt can help out a child or an adult," Poissonier said. "That to me is the most important thing."

To check out CFC Wear and its 'Suicide Prevention' campaign, click here.

If you, or someone you know is in crisis or feeling emotional distress, you can talk with someone about it. Call the National Suicide Prevention Lifeline at 1-800-273-8255.