Canadian bride with Maine roots finds creative way to include family at her wedding, with border closed

Lindsay Clowes tapped into lessons she learned at her first job as a park ranger in high school to make sure her family could see her say 'I do.' 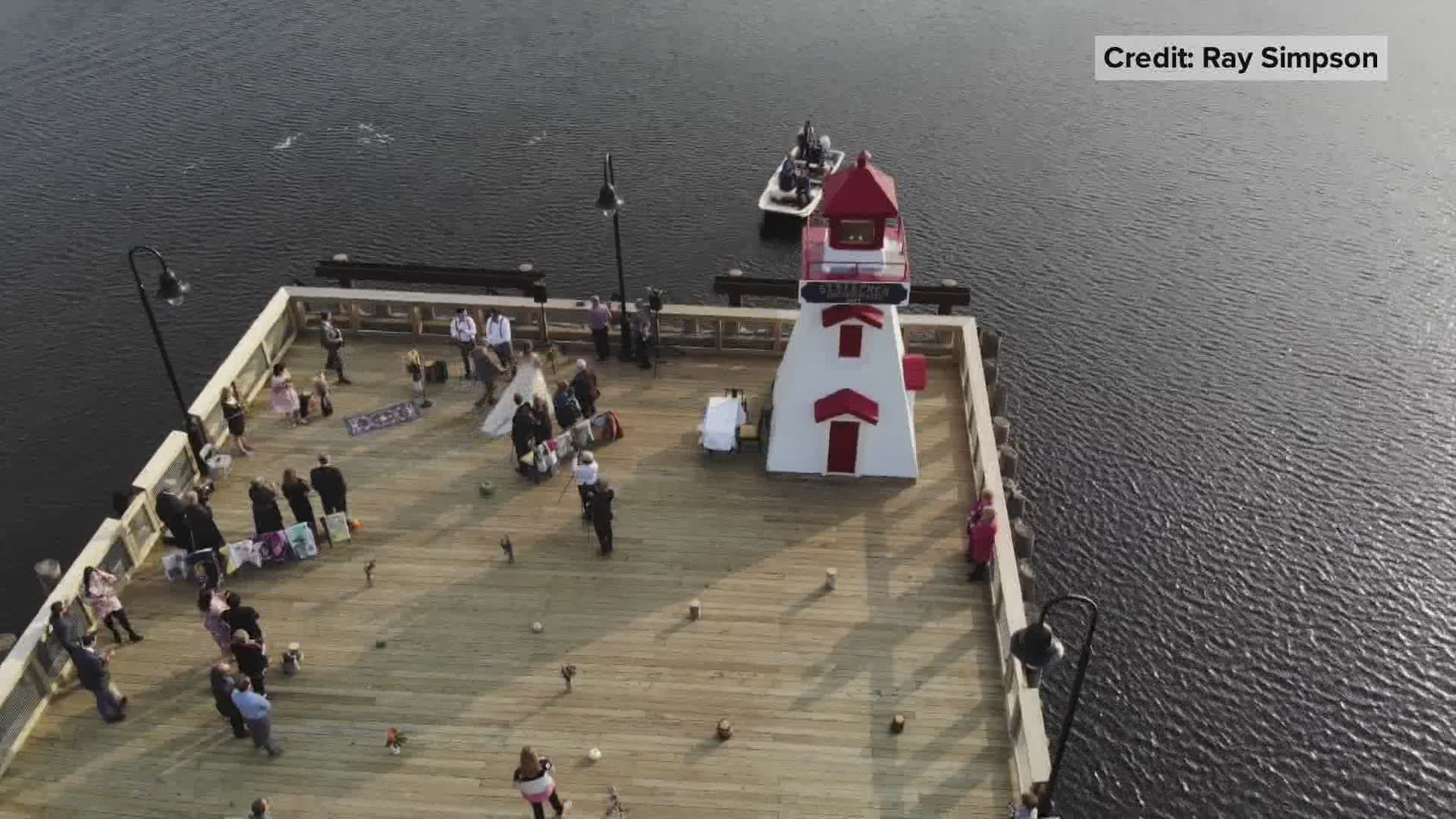 SAINT STEPHEN, New Brunswick — When a Canadian bride who grew up in Maine wanted to get married this summer, she had to get creative.

Lindsay Clowes wanted her family who lives in Calais to be able to attend the ceremony.

But the border is closed due to the pandemic.

She remembered the rules of the river that separates Saint Stephen New Brunswick and Calais and that boats are allowed. People coming from one side or the other just aren't allowed to step foot on the other side.

She knew this because in high school she worked as a park ranger.

There was one more thing.

They had to do the ceremony at high tide so guests on the boat could see the dock.

She was able to work out all of the logistics she says because of her current job.

She runs an online grocery delivery system for a local farmers market that saw a business surge during the pandemic.

They hope to celebrate again next summer.

"I was just excited to get married I didn't want to wait that long," she said.

RELATED: Canada PM Trudeau says border will stay closed until US gets handle on COVID-19