The City of Bangor is trying to figure out where to put its new public bus terminal, and residents seem to be split over where it should go. 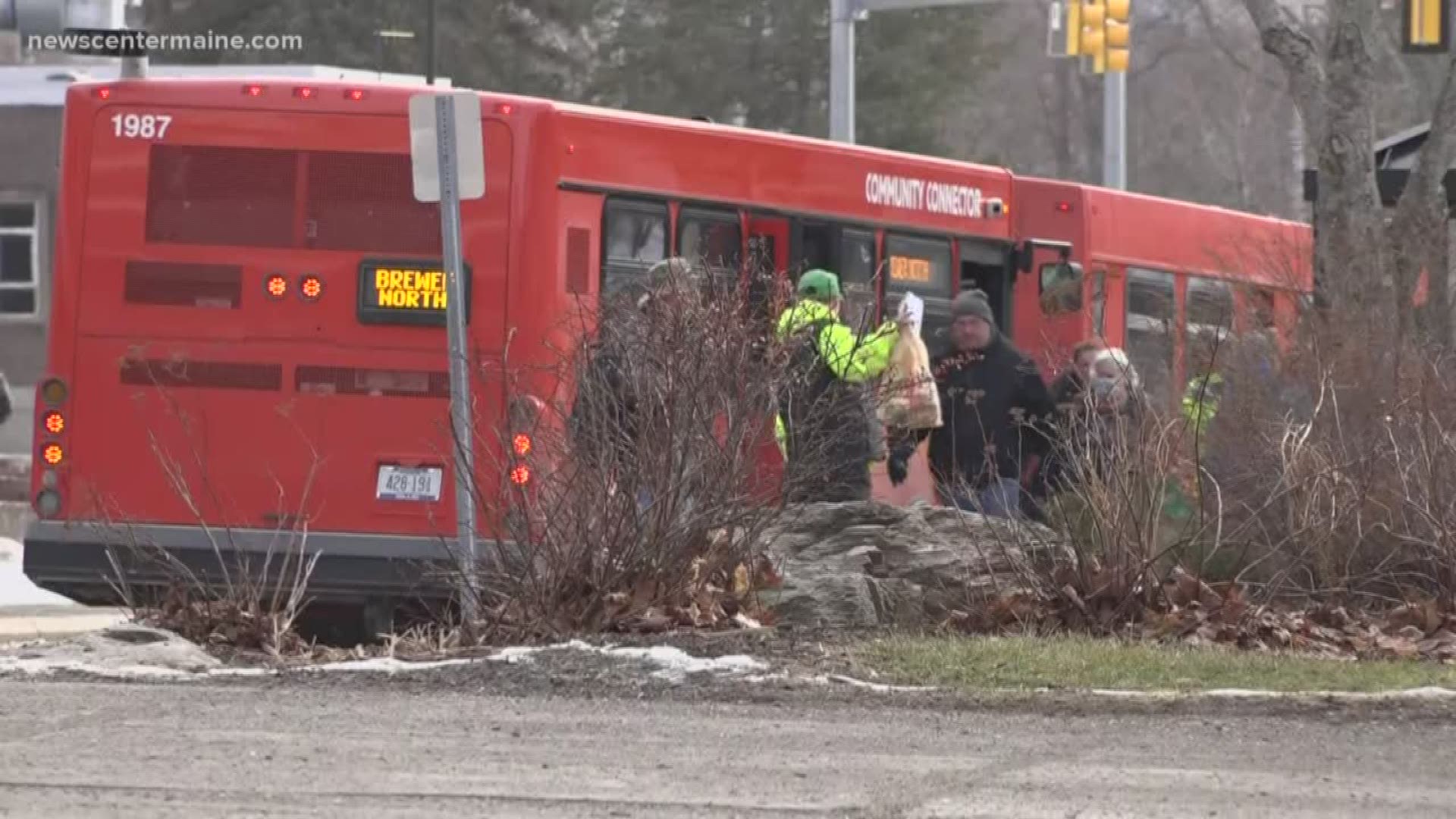 BANGOR, Maine — Bangor, one of Maine's largest cities, is trying to figure out where to put in a new public transportation terminal.

Right now, buses loop in and out of Pickering Square, which is convenient for many residents who rely on the Community Connector public transportation system every day.

But other residents disagree with a new bus terminal being built in Pickering Square and say the area should be utilized differently.

The City of Bangor received a couple of months ago a federal grant of $1.2 million to build a new bus hub.

"It's 12,000 depend on this bus, to get to work, to go to school, to get groceries," Jack McKay, the director of Food and Medicine said. The non-profit organization empowers those people directly affected to take an active leadership role in bringing awareness and change in their community.

"The only way to have a strong public transportation system is the hub in Pickering Square, there is no other alternative," McKay said.

Food and Medicine has a program called Transportation for All which is a group of bus riders, bus drivers & supporters working for a strong bus system in Greater Bangor.

"This has been a really important issue, especially for bus riders," Darcy Cooke, Community Organizer for Food and Medicine said.

The main issue being discussed is whether the bus system should continue to use Pickering Square as their main terminal or should the grant to build a new terminal should be placed elsewhere.

And that study -- done by Stantec -- says the only viable site in Bangor is Pickering Square.

"Right now as it stands the community connector bus system is centrally located to all the buses," James Johnson, a daily bus rider said.

But there those who believe Pickering Square could be a whole lot more than a bus station.

"The alternative for this space is a pedestrian-friendly green space that gets programmed with a variety of different uses on a year-round basis," Niles Parker, Director of Maine Discovery Museum said.

Parker is completely in favor of the public transportation system in Bangor, he says it's a crucial part of Bangors development, he is opposed to forcing the bus hub into Pickering Square.

"Most cities are looking for that very thing, are trying to create pedestrian-friendly green spaces in the heart of their downtown, and this is that," Parker said.

Bangor's City Council is just as divided over the issue. On Monday, members voted to make a final decision at their meeting on January 27th, but that vote just to move forward was 5-to-4.

Bangor city councilor Dan Tremble says he wasn't satisfied with the study Stantec did, and Pickering Square is one of the last spaces that could be utilized for public gatherings in downtown.

"They didn't look at any other places downtown, they looked at other locations outside for a transit system to work but they didn't look at other options in downtown, so I think we got a couple of other areas we should explore," said Tremble towards the study Stantec did.

According to Tremble, the space would be great to sometimes have food truck vendors, summer movies on Friday nights, and other community plans.

"I've thought that we could look at just the other side of the garage to have the buses themselves there," Tremble said.

This is the initial sketch the City of Bangor proposed for the new bus hub in Pickering Square.

"It just doesn't seem compatible to me to have a children's area and buses right next to each other," Bangor City councilor Dan Tremble said.

Other options discussed including Abbot square and the Old Shell gas station on Main Street, both in downtown Bangor.

The Bangor City Councilors are meeting on January 27th, and one of the items of their agenda is to decide and move forward with a final vote on the future of Pickering Square.

"Right now it's a 5 to 4 vote, something this big I think it would be nice to have more than five people on board with making a big decision like this," Tremble said.

Parker says short term steps should be taken in the meantime like heated spaces and bathrooms, and that this decision should not be forced into a compressed timeframe.

"I think we should take steps to make bus riders more comfortable right now and give them amenities that will help them and are much needed, but take some time to really come up with the best solution that will advance Bangor into the future," Parker said.

RELATED: Community Connector buses give free rides for a day