When Liam Gosselin's mom asked her Facebook friends for help planning a Biddeford Fire Dept. themed birthday party, the department and others stepped up to help. 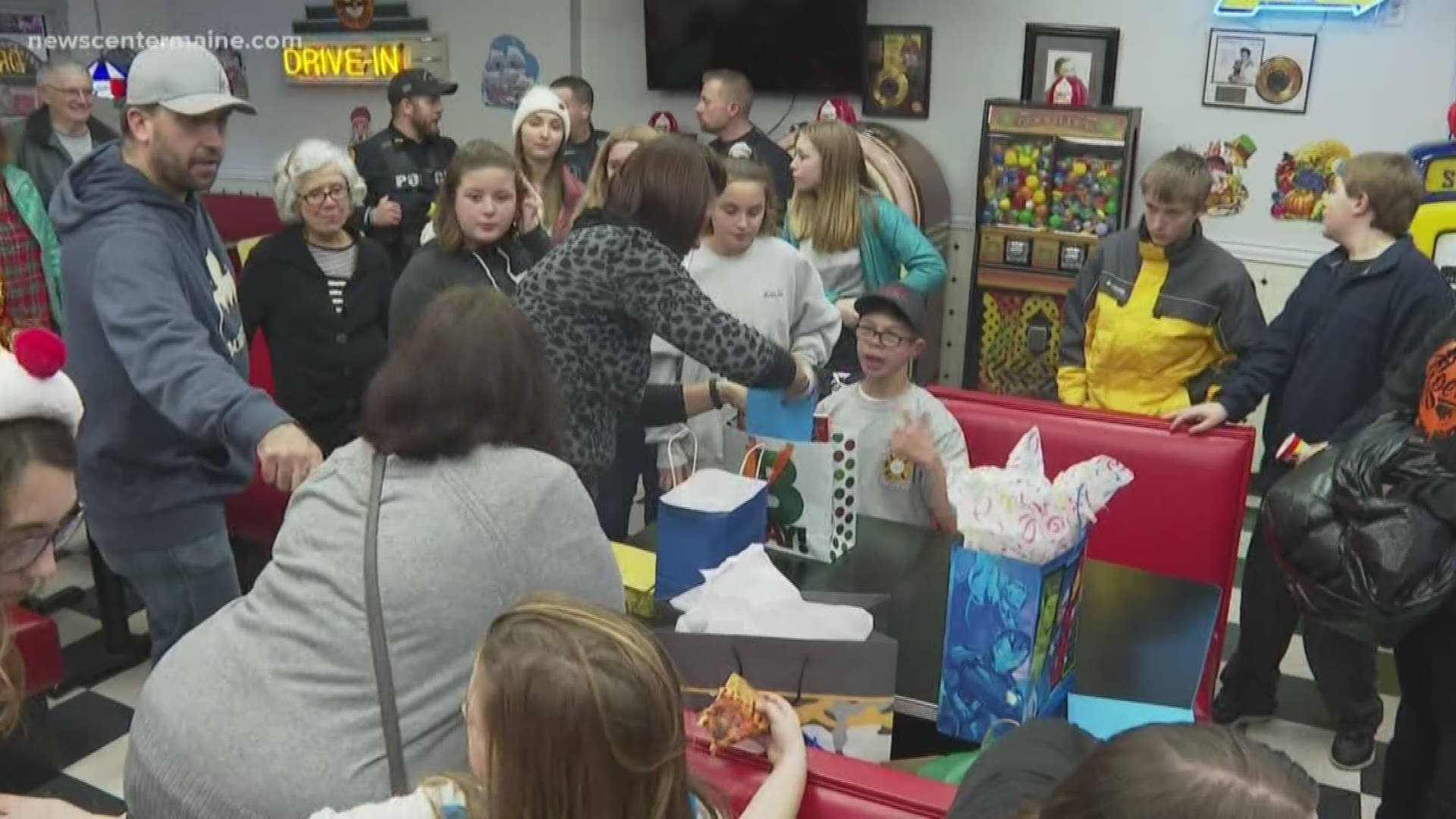 BIDDEFORD, Maine — When Liam Gosselin told his mom that he wanted a 'Biddeford Fire Department' themed party for his 13th birthday, she knew she was going to need some help.

"I have seven kids and I've never had a request like that." Liam's mom, Amanda Keddy said laughing.

Her son's obsession with firefighters and first responders started last year after he did a school project on wanting to become a Junior Firefighter. Since then, it's all he talks about.

"He just loves them," Keddy said.

However, Liam was born with Williams Syndrome, a rare genetic disorder that affects many parts of the body.

"With Williams syndrome, you have a deletion of a chromosome and it's the elastin chromosome," Amanda said. "So all the major milestones with muscles, muscle tone and such -- all of that is delayed... developmentally delayed... he has a heart condition."

This means something like becoming a junior firefighter or a first responder of any kind might not be in the cards for Liam.

"My heart sank," Keddy said. "Because, you know, you never want to say no you can't do that or you don't have the ability to do that."

After sitting on the birthday party idea for a few weeks, Amanda says she finally built up the courage to ask her friends on social media if they had any connections to the Biddeford Fire Department. She thought, just maybe they would be able to get at least a fire truck or a couple firefighters to come to his party.

Sevigny is a paramedic and firefighter with the Biddeford Fire Department. He's also in charge of public education as the department's Public Information Officer. As soon as he found out Amanda was looking to do something special for her son's 13th birthday, he knew he wanted to help.

"This is what we do for our community," Sevigny said. "So, I called a few friends."

He's not kidding. Sevigny didn't just reach out to his own team, but to crews across the state. On top of that, Sevigny was able to provide the Keddy family with a free spot for his party -- the arcade at TJ's pizza in Biddeford -- because he owns it.

And there's more, the Biddeford Career Fire Fighters Union paid for all the pizza.

"There was no question," Sevigny said. "We were going to make his birthday as special as we could."

Special and a complete surprise. Liam had no idea the party was happening until he showed up last Tuesday night.

"Wow!" Liam said as he walked into the pizza parlor. "Look at all the firefighters, what are they doing here?"

Liam didn't stop smiling after that.

Not only did members of the Biddeford fire department show up, but firefighters and police officers from three other Maine towns. Amanda says a family friend even crossed state lines to be there in uniform for Liam.

"They just won't ever fully truly understand and know how much I appreciate them," Keddy said. "He's not going to forget, and that's the kind of memory I want him to have."

Liam says his favorite part was seeing the fire trucks and police cruisers up close and personal. They were all waiting for him outside after being surprised inside TJ's pizza.

He got to sit in both the trucks and cruisers and use the loudspeaker and turn on the sirens. Liam even got a handful of new t-shirts from the departments and a couple of patches, like the other official members of the teams.

All while being surrounded by his family and closest friends.

"Thank you, you guys are all so nice to me every day," Liam said. "You're my heroes."