After the deaths of George Floyd, Ahmaud Arbery, and Breonna Taylor, people of color leaders in Maine are asking their white neighbors to speak up. 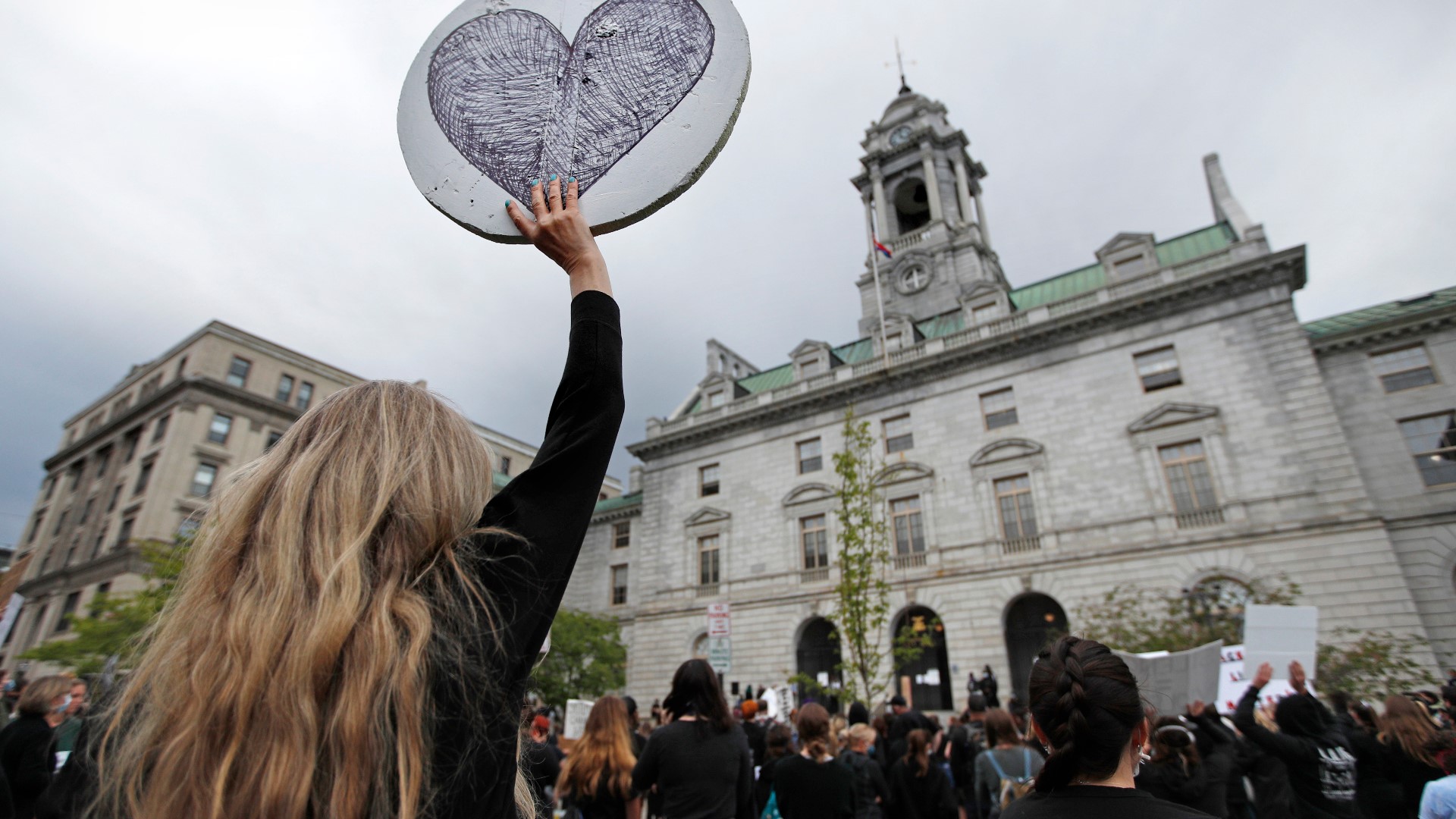 BANGOR, Maine — For most of the month of June, streets around the United States have been filled by protesters, oftentimes wearing black and carrying signs with messages that push for systemic change. It's a movement that has captivated people around the world, following the deaths of George Floyd, Ahmaud Arbery, and Breonna Taylor.

"This time around feels so different, and I think a lot of people have been awakened by this gross inhumanity," Okafor expressed, talking about this most recent push for reform.

Hers is a unique position, as a person of color in one of the least racially-diverse states in the country. Okafor says that her experience in Maine has been positive overall, but racism does still exist -- especially in a covert way.

She described instances of discrimination. Okafor says that in the past, she has applied for jobs she knows she is qualified for but says employers are often turned off by her name or accent. The concern about how others may view or treat her, her husband, or her boys is also ever-present -- and is one white people have a hard time understanding.

"It's a fear you will never understand, unless you listen to me tell you what I feel," Okafor said.

Tania Jean-Jacques is also a woman of color in a greater Bangor leadership position, as a member of the Hampden school board. She says that she, too, has experienced moments of covert racism.

"I've had delivery workers come to my home and ask me to go get the homeowner," Jean-Jacques relayed. "When I tell them, 'Well, it's me', they will just look at me up and down and say, 'You live in this house?'"

RELATED: How a black mother in Maine explains the protests, violence, and racism to her children

It's why she and Okafor are two of many black Americans pushing for white ally-ship, especially in the state of Maine.

"I think every person of color living in a predominantly white environment will experience racism," Jean-Jacques said.

No doubt, entering and understanding the conversation about white privilege can sometimes be challenging and confusing. Ash Cardurns is a mental health nurse practitioner at Northern Light Acadia Hospital. She says that she has heard from a number of her clients, wondering how they can become better allies.

"They express fear of getting it wrong, of making mistakes," Cardurns explained. "They don't have the tools to be able to talk about these things -- as a result, the silence is really contributing to racism."

She added that since the death of George Floyd at the hands of police, there has been a spike in depression and anxiety among the black community -- while in those regards, the white community has been relatively unaffected.

It's why she recommends that white Mainers and Americans turn to books and resources online to try to educate themselves about white privilege. She emphasized that this term doesn't necessarily mean that white people don't face any struggles -- it just means that the color of their skin isn't one, which is why it's important that we don't ignore systemic issues.

"We have the privilege to be able to shut these things out and off, and that is part of the problem," Cardurns expressed.

It's a problem that many Americans across the board are hoping to solve, especially for future generations.

That's a message that gets stronger with every voice.

"Any white person -- you want to be a good ally? Speak up," Okafor encouraged.