The Bangor Water District has only eight workers to tend to almost 1,500 fire hydrants. Sometimes after a storm, it can take a week to clear all hydrants of snow. 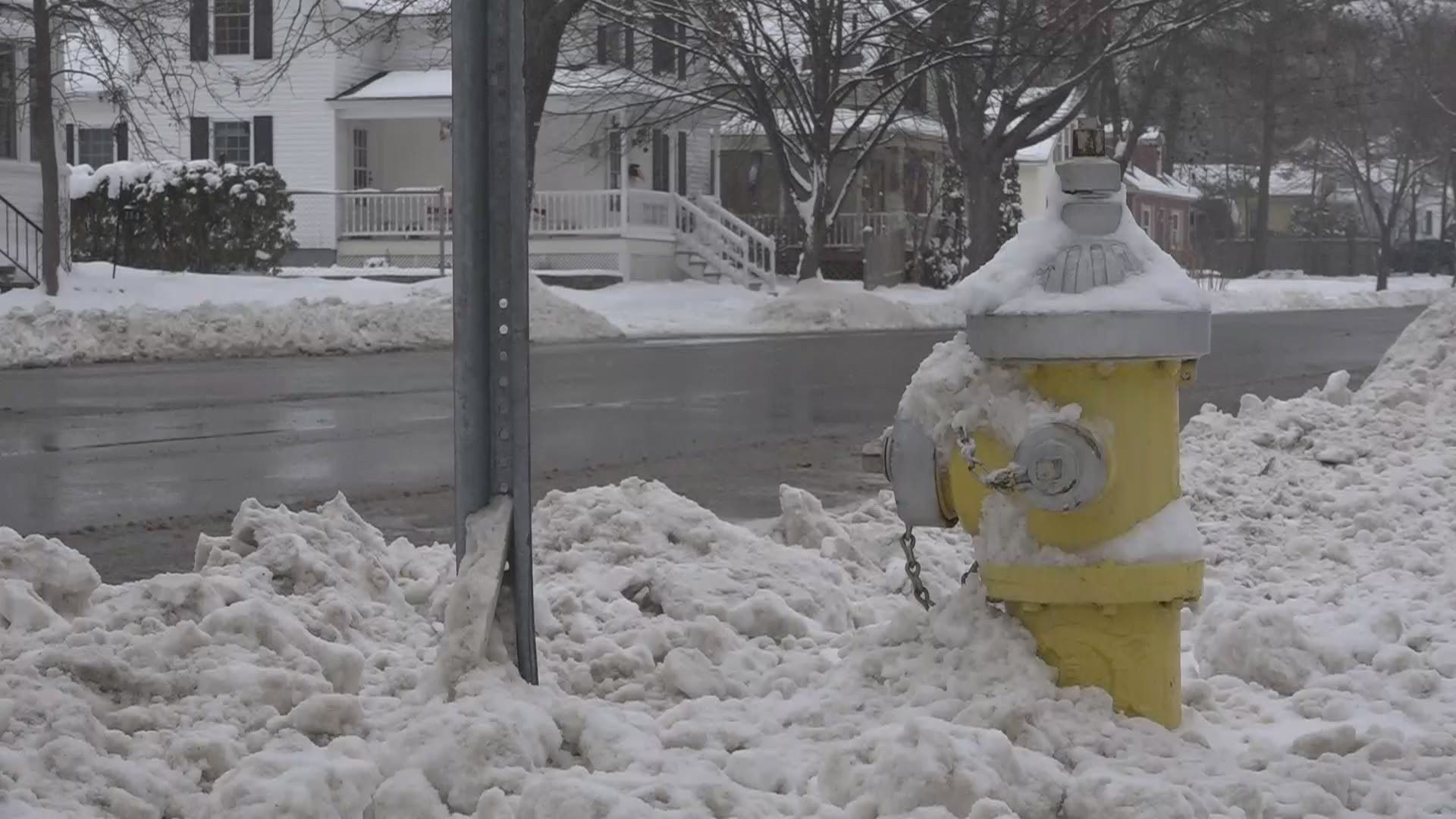 BANGOR, Maine — The Bangor Water District took to Facebook on Monday, reminding community members that it's important to keep fire hydrants clear of snow in the winter.

In the online post, a picture from a few years ago showed a fire hydrant completely covered by a mound of snow and ice. Eric Willet, the construction supervisor for the Bangor Water District, told NEWS CENTER Maine he has eight workers who are responsible for clearing almost 1,500 hydrants -- and that's a job that has to be done after every storm.

He says that after storms with eight inches of snow, it can take about a week to clear all of the hydrants. If there are multiple storms, crews have to start the route over, working in geographical order by starting at the busiest places, like downtown and compacted neighborhoods.

With only eight members and almost 1,500 fire hydrants in the city, it can be hard for Bangor Water District crews to uncover them all quickly after a snowstorm. What the community can do to help on @newscentermaine at 6:30 a.m. #wakeMEup pic.twitter.com/H5Rm0S8kwy

It's why Willet is asking community members to lend a hand, if they can, to help his crews and improve public safety.

"If somebody has a fire hydrant at the end of their driveway, keep it snow-blown out around it," Willet said. "We like to keep like a three foot area around the hydrant cleared out."

That responsibility includes making sure snow from shoveling or snow-blowing doesn't re-bury a fire hydrant that's already been cleared.

"This is around the time of year where we see the most fires," Johnson expressed to NEWS CENTER Maine. He says that's because more people tend to use heating equipment, like wood or pellet stoves and oil boilers. People also tend to cook inside more, and there's more electrical use.

Johnson says any steps that can be taken before a disaster go a long way in helping Bangor's fire crews out.

"Just taking the time out now to shovel (hydrants) out versus us having to do it and spending five, 10 minutes shoveling (them) out when there’s a fire -- it really can make a crucial difference," Johnson noted.

Johnson is reminding people to do routine checks, like making sure their household has working smoke and carbon monoxide detectors and a fire escape plan.

Willet says anyone with questions about a fire hydrant can refer to the plated number of the pole beside the hydrant.