In the 2020 election, voters in Bangor passed referendum question A, approving the use of $2.7 million in taxpayers' dollars to make renovations to Cameron Stadium. 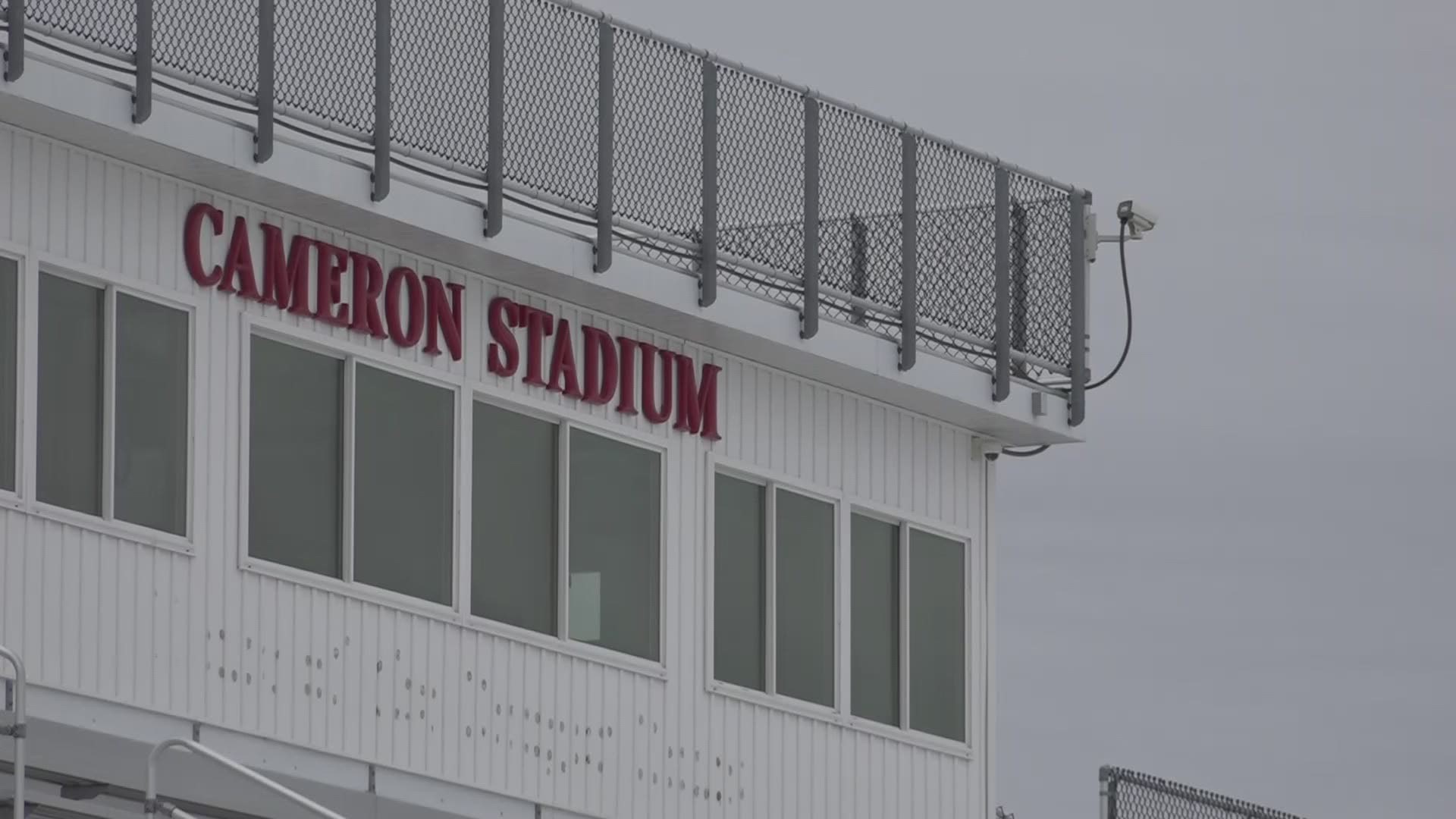 BANGOR, Maine — In early November, snow dusts empty bleacher seats at Bangor's Cameron Stadium. When high school and extracurricular sports seasons are in session, it's a hub for activity -- and when they are not, locals come to the track to do laps in the fresh air.

Cameron Stadium will be getting upgrades soon, thanks to Bangor voters. Early Wednesday morning, the city of Bangor announced results for the 2020 November election. Voters passed referendum question A, approving the use of more than $2.7 million in taxpayers' dollars to make improvements to the stadium.

Bangor High School's athletic director Steven Vanidestine says conversations about upgrades have been in the works for two decades, starting in 2000. He says this project is part of a greater $5 million effort already underway to improve Cameron Stadium -- $2.5 million have already been spent on the locker rooms and stadium. The additional $2.7 million will be used for the track and field -- replacing the grass field with turf to host lacrosse, soccer, football, and field hockey; and turning the six lane track into an eight lane one.

I’m LIVE at Cameron Stadium in #Bangor this morning! Voters have approved the use of more than $2.7 million in taxpayers’ dollars to make renovations here — that some say have been in the works for two decades. Details on @newscentermaine at 6:30 a.m. #wakeMEup pic.twitter.com/2mrFzbmlFL

RELATED: New upgrades could be coming to Cameron Stadium in Bangor

Vanidestine says these improvements will allow Bangor to host regional and state championships in multiple sports -- and will also be available to youth sports, the parks and recreation department, Special Olympics, and the community.

Vanidestine adds they will likely end up hosting about 20 major events per year that will bring in big crowds, saying it's been more than 20 years since they last hosted big events. He says the opportunity could help local businesses.

"We're hoping not only to help our community, our region -- the other communities, they will ask us to use it for different reasons," Vanidestine noted.

"We haven’t been able to hold track meets here. That would bring people from around the state -- and there’s certainly influx, especially when folks are coming from northern Maine, and they’re spending nights in hotels and spending their money here," Clare Davitt, a Bangor city councilor, told NEWS CENTER Maine via Zoom. "There's tax dollars from that."

The Bangor City Council had voted in late summer unanimously to send the bond issue decision to the voters, since it involves taxpayers' money. Vanidestine says the fact that people voted in favor of it, especially during challenging economic times, means a lot.

"Even during tough times, the community stepped up and values education," Vanidestine said, later adding, "A lot of the athletes come back and tell me that (sports) was a piece that really made the difference for them going forward in their adult lives."

Vanidestine says he thinks the project will start in March, since his team has already done a lot of work to get prepared. Ideally, Vanidestine wants enough work to be done by mid-October next year, so seniors can end their fall seasons on a new field.