The last day for Bangor School Department superintendent Betsy Webb is Friday, October 30, after she announced her plans to retire back in June. 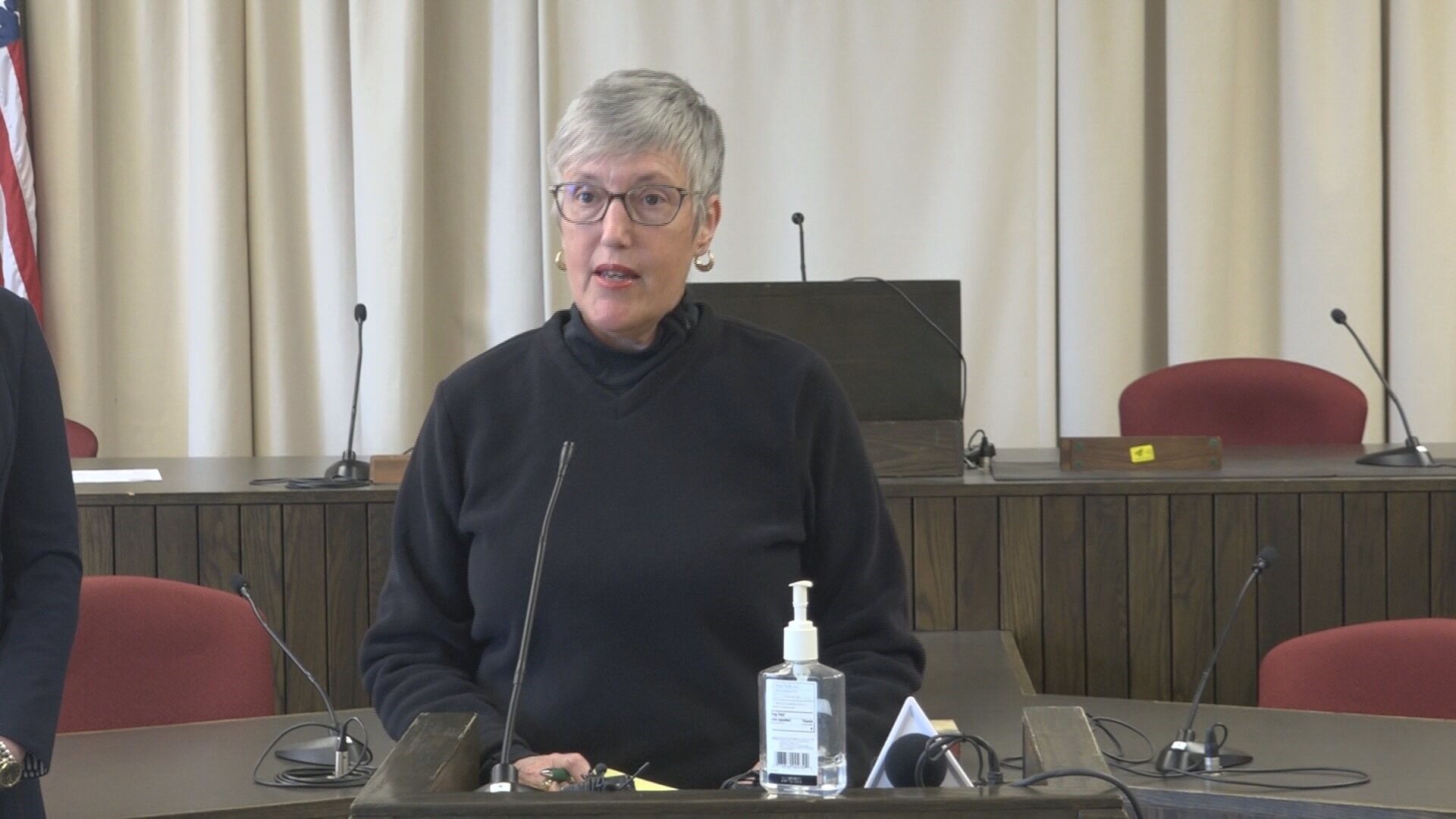 BANGOR, Maine — The city of Bangor is saying goodbye to a familiar face Friday, October 30.

Bangor School Department superintendent Betsy Webb announced her plans to retire this fall back in June. She has been Bangor's superintendent since 2005 and has worked in public education for 38 years.

Webb says her biggest accomplishment has been helping students get a high-quality education. She says Bangor schools have an "outperformer status", meaning they consistently achieve at levels higher than demographics might indicate.

When asked about her biggest regret, Webb replied saying she doesn't like to use that term -- but there are next steps she thinks the district should take to continue improving. Those include highlighting students' social and emotional well-being and determining how to continue to keep students motivated and connected during the coronavirus pandemic.

#HeyBangor: Today is Bangor School Department superintendent @BetsyMWebb's last day, after announcing her plans to retire back in June. She's worked in public education for 38 years! Details about the replacement process on @newscentermaine at 5:30 and 6:30 a.m. #wakeMEup pic.twitter.com/tO9dUiNsT7

RELATED: Superintendent of Bangor School Department to retire in October

The process to replace Webb will get underway soon. Webb says the school committee will have a survey for community members and those involved with the school department to determine what characteristics are desired in the next superintendent. She says this process was the same when she was hired about 15 years ago.

Webb says she thinks there are qualities the school committee should prioritize, like strong communication, a focus on the best interest of students, and helping the district continue to grow without dismantling it. She says she thinks working in education is much more than a career.

"To me, it’s almost less about a profession and more about a calling," Webb told NEWS CENTER Maine via Zoom. "I believe there's no greater career than being in education. You touch every single profession when you are an educator."

RELATED: 'Pulled in many directions' -- Maine teachers at risk of burnout during COVID-19 stress

Over the next several weeks, the school committee will create a survey for the public. Webb says they will also host some town hall-style events (likely virtually) to allow people to share their ideas.

In January, work will begin with a consulting firm to establish an application process and packet. By the end of January and beginning of February, advertising state and nationwide should begin, with interviews expected to start in March and continue through April. By the end of April and beginning of May, the school committee will hopefully negotiate a package and announce who the new superintendent is. They will officially begin their role on July 1.

The current assistant superintendent, Kathy Harris-Smedberg, will take on an interim role until that happens. Webb says she is well qualified to do so, with a PhD in educational leadership from the University of Maine -- but she is not applying for the full-time position, wanting to return to her assistant position afterward.

Webb says she is excited about the next chapter, but her farewell is bittersweet.

"It's the relationships with the students and the parents and the faculty and staff -- those are the things that I'll miss, and while it's my last week and the saying goodbyes are difficult, I'm only a phone call or an email away."

Webb isn't straying too far from the education realm. She has taken on a position in UMaine's educational leadership department as a Libra professor at the graduate level. She is also the executive director of the Penobscot River Educational Partnership, made up of 24 different school districts and all higher education institutes in the greater Bangor area, with an emphasis on professional development.