Officer Tyler Rusby became the new liaison for the Bangor Housing Authority in October 2020 and was introduced to the community online this month. 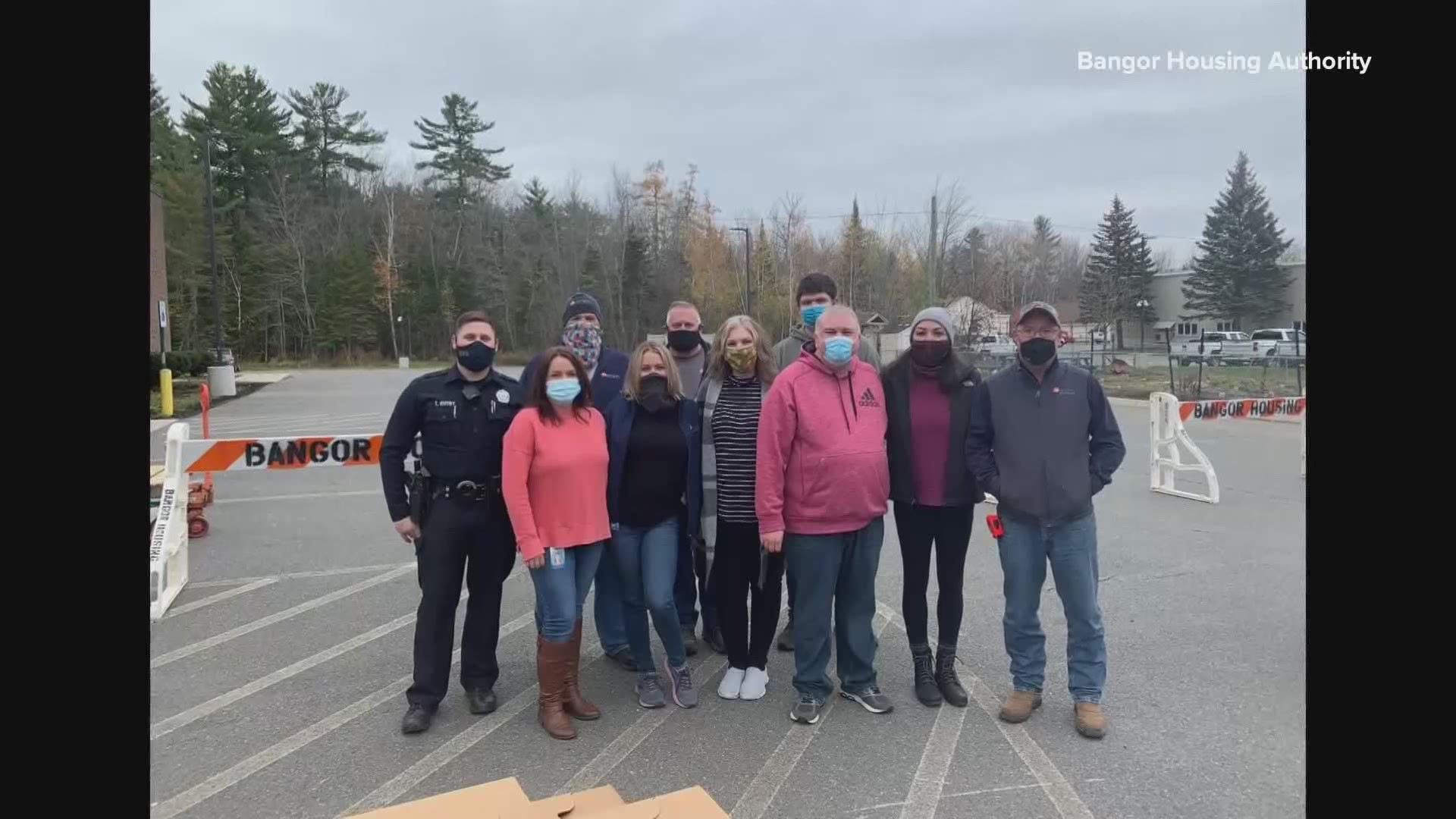 BANGOR, Maine — The Bangor Housing Authority has officially introduced its new liaison officer to the community via Facebook, as the coronavirus pandemic continues to take a toll on residents.

Bangor Housing is a public housing authority that serves low to moderate income households, from young adults to families to the elderly. It has 1,988 residents and owns 10 properties and 808 apartments.

Bangor Housing's IT and marketing manager Charles Lever says staff members have seen firsthand how much of an impact the pandemic has had on residents. Many of them are still unemployed or laid off, and that's meant the Bangor Housing team is doing more than just routine maintenance checks -- now, they're dealing with basic needs. Throughout the pandemic, staff members have been helping residents navigate food insecurity by handing out pantry bags; checking in with senior residents, since many of them are isolated and lonely; and staying "patient" with rent payments. They've also noticed an increase in the need for housing.

This month, @BangorHousing officially introduced its new liaison officer from the Bangor Police Department to the public via Facebook. I'll tell you about this partnership and how its helping residents who are struggling during #COVID19 on @newscentermaine at 6 a.m. #wakeMEup pic.twitter.com/ZCaoRwivBi

Bangor Housing also offers resident services, the Family Self-Sufficiency Program, and the Boys and Girls Club of Bangor. Procedure for those programs has changed, too, during the pandemic. For example, Lever says Bangor Housing purchased laptops for some people at one point, so they could take money management FSS classes via Zoom.

Part of the responsibility of connecting with residents falls on the liaison, a role that has been around for at least 10 years but has changed in that time. Lever says now, the liaison uses a Bangor Housing-marked police car, wears a uniform, and is out in the community more.

Officer Tyler Rusby moved into the position in October, training for about a week with the previous officer and then starting on his own. He says the adjustment has been a bit difficult because of the pandemic, since he wants to meet more people in person, but he's been doing his best to start developing a relationship with residents. That's the goal of this role -- becoming a familiar face residents can trust and turn to in tough situations.

"We're looking for proactive enforcement in the community, as well as community relations -- bridging the gap between just the street cop and actually having an officer assigned to the housing development," Rusby explained.

"The police just don't handle crime and then go away. They're always there, and they're always willing to help -- and help with many things people don't think of," Lever noted. "I think it's important to be able to trust them and to be able to rely on them when you need them, because they're going to be there."

RELATED: US home prices rise at fastest pace in more than 6 years

The liaison role typically lasts for two years, so Officer Rusby should be in the position through October 2022.