Jamie and Jason Clark own the Levant Corner Store on Union Street and The Willie Wags, which once was in Bangor and is now just online for the time being. 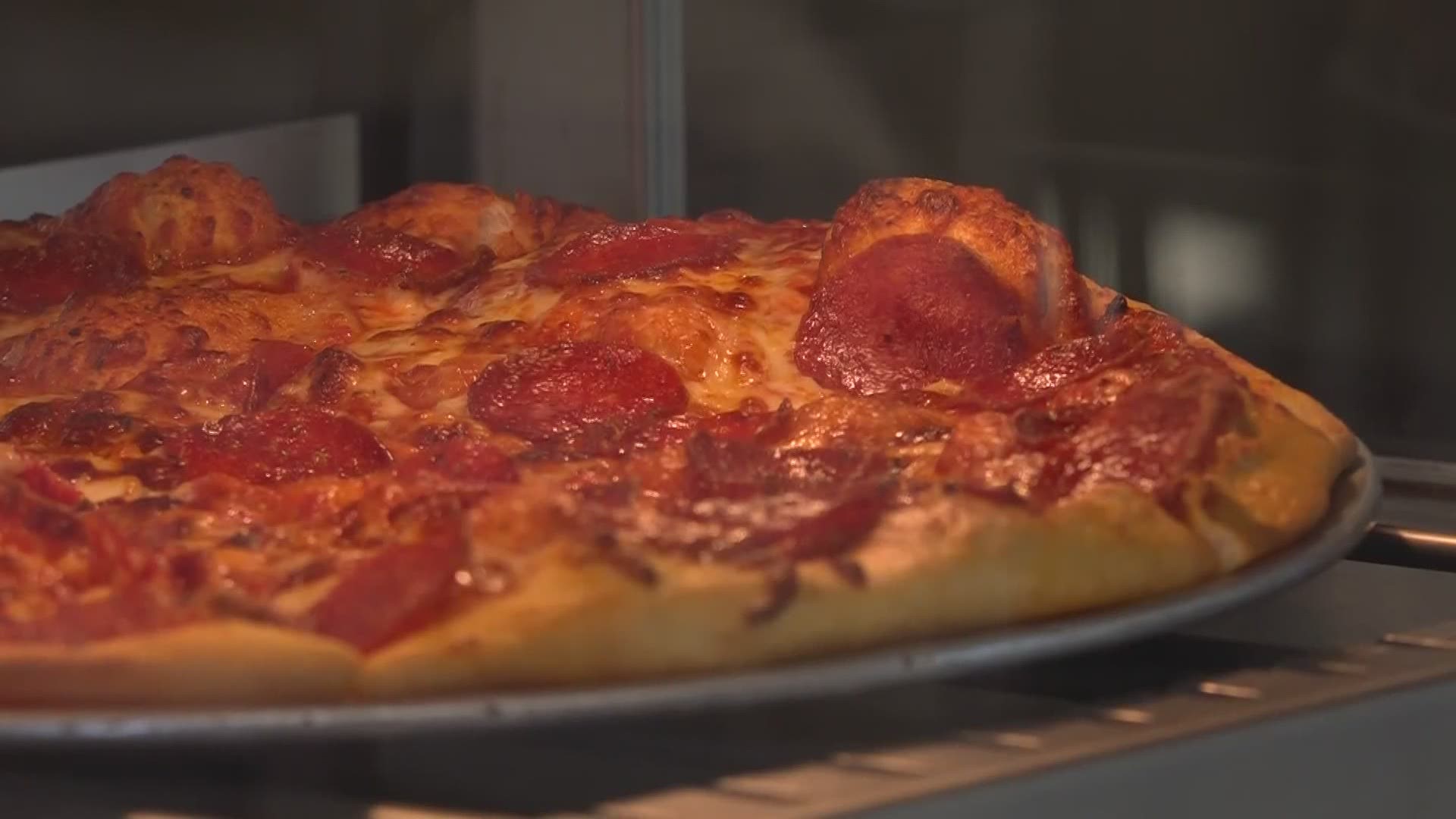 LEVANT, Maine — The Levant Corner Store is bustling as usual late Monday morning. Chatty customers peruse candy bar options and order their regular sub or slice of pizza. Familiar greetings ring out from behind the counter, as Jamie and Jason Clark tend to the people they have become used to seeing on a daily basis.

The small convenience store is a hub where locals head for a quick bite to eat -- or just a few minutes of conversation with neighbors. It's why the Clarks have been so determined to stay open during the coronavirus pandemic, implementing creative ways to do so.

“This is so much more than a store," Jamie expressed to NEWS CENTER Maine. "It really is. We’re a community connector."

Her family bought the convenience store back in 2008, and four years later, she and her husband purchased it from her parents. After more than a decade of running the business, it is still going strong -- and through these challenging times, that's due largely in part to the Clarks' decision to provide curbside pick-up and delivery to their community.

"It was pick(ing) ourselves up by the bootstraps and try(ing) to figure out how to get creative -- and what we can offer people," Jamie explained, talking about that decision. She and Jason say it would have been easy to give up, get discouraged, and have an "adult temper tantrum" (which, for the first seven seconds or seven days, depending on who you ask, they did) -- but the changes have actually been positive for customers who are thankful to have more options.

"It was very eye-opening to see the positive stuff that can come out of it," Jason told NEWS CENTER Maine optimistically. "It was a good chance for us to hit the reset button."

The Clark couple aren't managing just one business, though. Earlier this year right after COVID-19 starting impacting Maine, Jamie had to make the tough decision to close the brick and mortar storefront for her shop The Willie Wags, which promotes female entrepreneurship. She says they were planning to change locations anyways, but the pandemic altered the timing of that process.

"Things were just kind of steam-rolling ahead, and then COVID-19 happened," Jamie said.

Now, the trendy shop is operating out of the couple's basement. Shelves of soaps, facial masks, and silver bracelets line the back wall where employee Laura Simonds (also known as 'Jamie's right-hand gal' around the office) works. She takes orders, packs boxes, and makes deliveries -- and says she is thankful to the Clarks to still have her job (especially one that she loves) during this crisis. It's another part of the couple's mission that is so special -- since the pandemic began, they have not had to let go of any employees. At Levant Corner Store, they've actually hired a few new people -- and have handed out bonuses as an appreciation for essential workers.

Simonds says she wants shoppers to know how much their booming online business has meant to the boutique -- especially since those customers are from around the country.

"The places that you spend your money are the places where they’ll be around after this because they’re the ones who are still serving you," Simonds noted.

Lucky for the Clarks, their services are still in high demand at both locations -- both because of the products they use and the optimistic energy they exude.

"We tr(y) to focus on being a positive light in the community and connecting people," Jamie smiled.

The Clarks say a new storefront location for The Willie Wags is in the works -- but Jason will be deployed in the Air Force later this year, so they are waiting for just the right time to make that call.

At NEWS CENTER Maine, we’re focusing our news coverage on the facts and not the fear around the illness. To see our full coverage, visit our coronavirus section, here: /coronavirus.

RELATED: FDA warns 9 brands of hand sanitizer may be toxic

RELATED: Is it safe to form a COVID-19 'support bubble' with friends?

RELATED: Dr. Fauci to testify before US House committee over coronavirus pandemic response