At least a dozen asylum seekers have moved from Portland's emergency shelter to a midcoast town, a place that's welcomed new Mainers before. 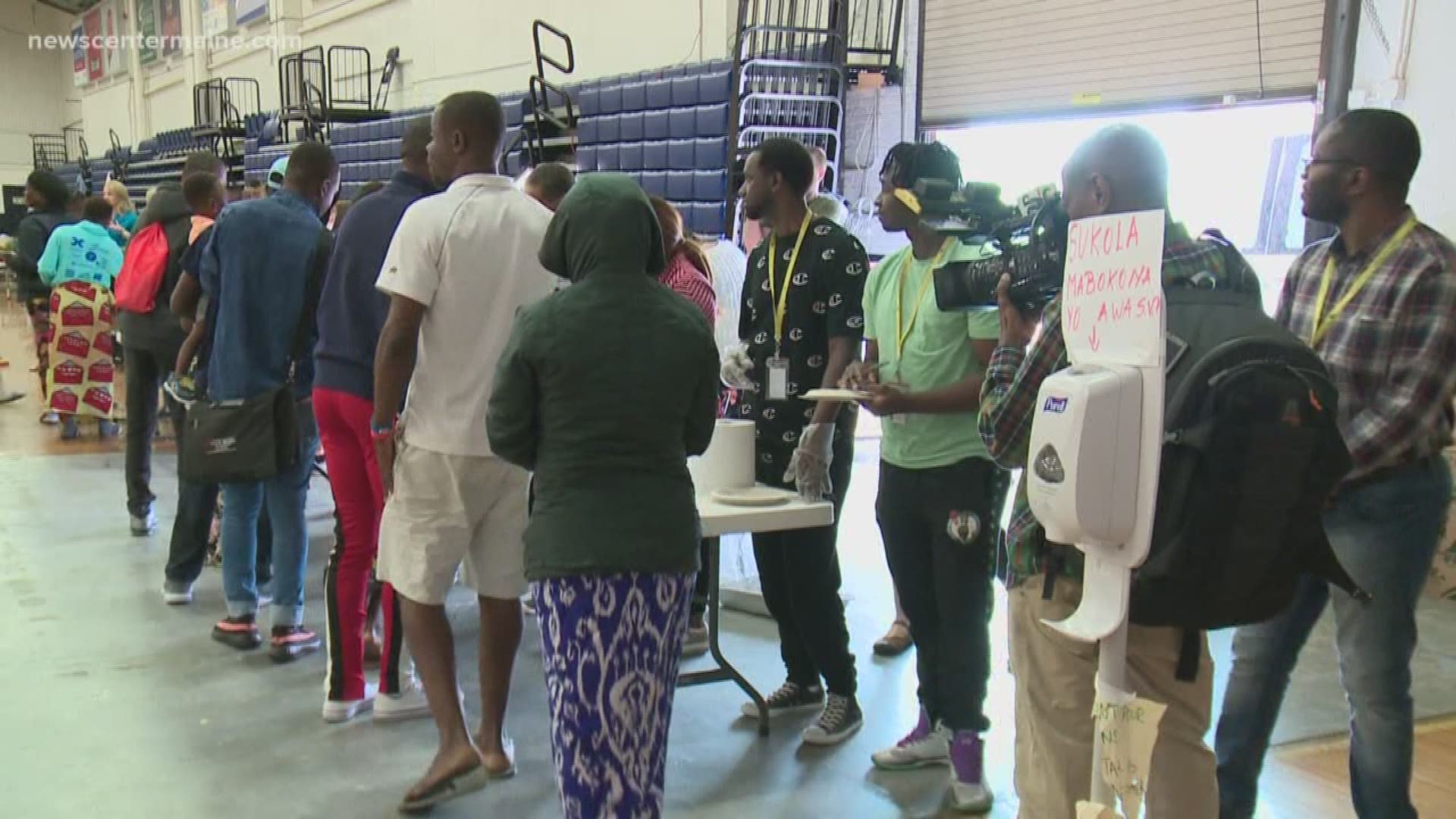 BRUNSWICK, Maine — Some of the asylum seekers who arrived in Portland one month ago have moved out of an emergency shelter. For now, they'll call a midcoast town their home, a place where other refugee families have started out before.

The Portland Expo is no longer home for a dozen asylum seekers. For at least the next three months they'll live at the Brunswick Landing development, rent-free, thanks to the developer who donated the space.

According to Brunswick's town manager, another 10 people are expected to arrive before Friday of this week and he's heard more want to move here, too.

Town Councilor Dan Ankeles acknowledges not all residents are supportive of this. In an e-mail to NEWS CENTER Maine he writes in part, "we are all better off as a community when we face situations like this one with kindness and resolve."

As town officials work with the school department to establish a task force they're also getting help from local resources, like the Midcoast New Mainers Support Group.

"We feel like for a town this size, we have the resources to adequately support these families," said Joanne Rosenthal, a member of that group which formed three years ago.

They work with a dozen volunteers who they train to work one on one with individual new Mainers. They help them with finding housing, medical care, jobs, and anything in between.

"There are some really meaningful connections that happen, not to mention a lot of the mentors are able to open doors for these folks," she said.

Already they've helped as many as five refugee families who arrived in 2017.

"They've all gotten over the first hurdle of finding housing, employment, they're in the schools, I would say for the most part they're pretty much independent financially."

She hopes that their success so far, shows welcoming new Mainers is possible.

RELATED: Portland city leaders to determine how $800,000 in donations will be spent on asylum seekers

Brunswick Town Council is scheduled to discuss the arrival of asylum seekers at its council meeting Monday night. That's where Midcoast New Mainers Support Group hopes to get more direction on how they can help.