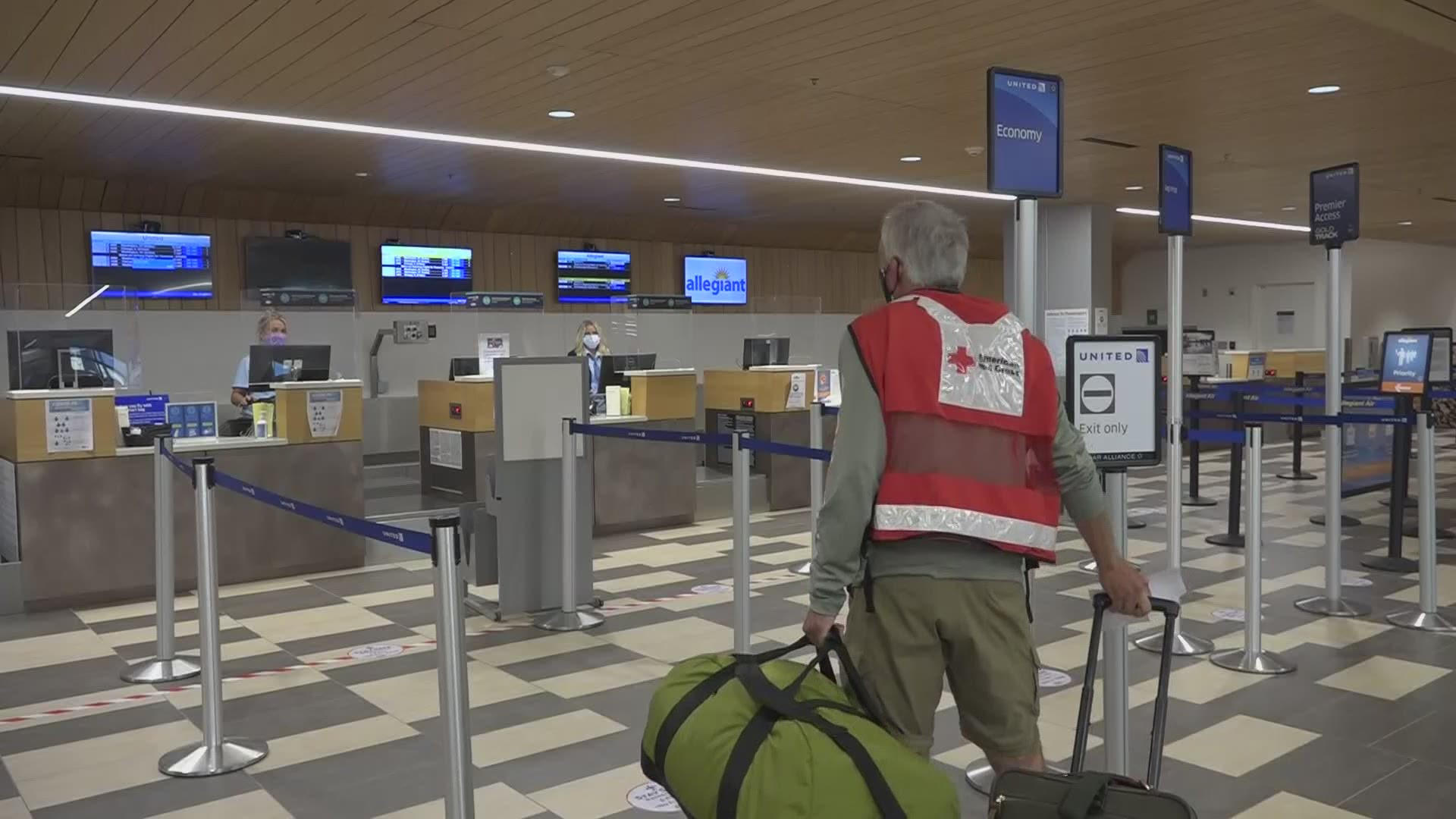 PORTAGE LAKE, Maine — A man from Aroostook County is setting off to do some good for people in need almost 2,000 miles away.

Early the morning of Wednesday, September 2, Richard Hoppe made the long drive from Portage Lake to Bangor International Airport. He joined the American Red Cross as a volunteer a few months ago and is deploying to Louisiana for Hurricane Laura disaster relief efforts.

This is Hoppe's first mission as an American Red Cross volunteer. He will be reporting to Baton Rouge as a shelter worker and says he has received special training to handle additional challenges brought on by the coronavirus pandemic.

Richard Hoppe is from Aroostook County and drove down to @FlyBGR early this morning! He is headed to Louisiana with the @RedCross to help with #HurricaneLaura relief efforts during #COVID19. Best of luck, Richard! #NEWSCENTERMaine #wakeMEup pic.twitter.com/TAabVXnZBn

Hurricane Laura hit Louisiana and Texas hard. The American Red Cross says that early estimates indicate thousands of homes could be destroyed or majorly damaged. Hundreds of thousands of people don't have power or water, and a variety of agencies used emergency lodging Monday night to house around 20,000 people.

The American Red Cross also says many roads are still closed because of downed trees and power lines. That means it's difficult to get into some of the most affected areas.

RELATED: Hurricane Laura topples Confederate monument in Louisiana after vote to keep it

Hoppe is a retired wildlife biologist. He is the sixth Mainer to deploy and is one of about 1,200 volunteers total. He says that despite additional risks because of COVID-19, he is looking forward to this mission.

"I'm pretty healthy," Hoppe told NEWS CENTER Maine at Bangor International Airport. "I understand that there is a greater risk because I'm going to be around a lot more people -- but, you know, it's something that in my heart, I feel it's imperative to go out and help these people."

Hoppe says he expects to be in Louisiana until mid-September.