After 65 years, barber takes weekend off to travel with Honor Flight Maine

After learning the ropes from his dad, Paul Jalbert became a barber in high school -- only stopping when he served in the Army National Guard during the Cold War. 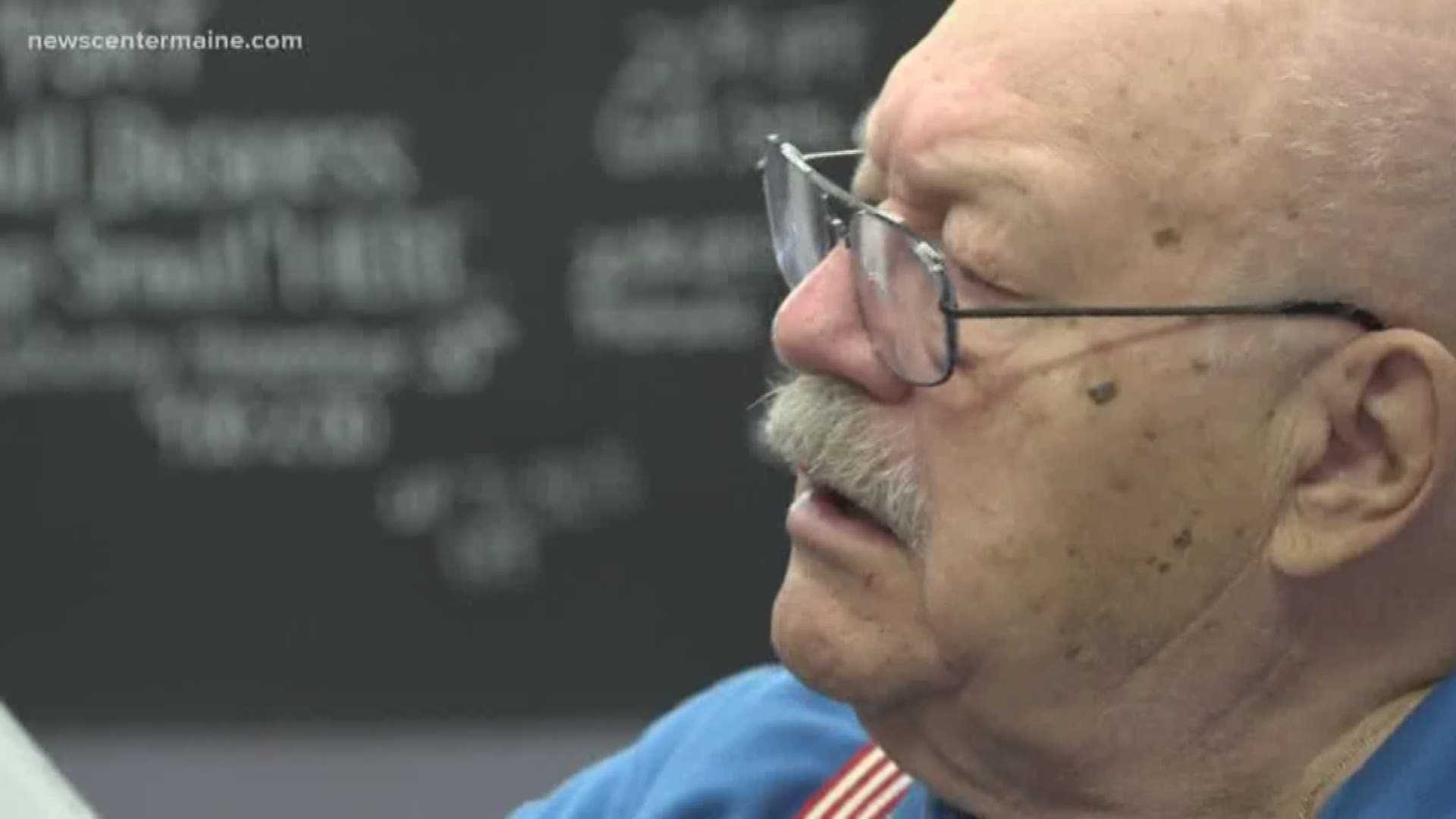 AUBURN, Maine — From the moment he could hold a pair of scissors, Paul Jalbert knew he had found his calling.

“I said, ‘well, my father was a barber, I can learn from him’,” Jalbert said. “But then I enjoyed it so much and I still do to this day.”

He began cutting hair in high school, working at his father’s barber shop in Auburn. His friend, George Pulkkinen was one of his first clients. Jalbert must be doing something right, because Pulkkinen has been coming back for 65 years.

“The only time you didn't cut my hair was when you were in the Army and I was in the Army,” Pulkkinen said. “And then, I got back, and you got called up.”

Soon after high school, Jalbert was drafted into the Army National Guard. He served during the Cold War.

When he returned home, Jalbert opened his owner barber shop in Auburn. When it became too much to manage that, he found a new home – at All About U Salon, not far from his old shop.

“He walked into my salon looking for a place to finish his career,” All About U Salon’s Owner, De Chapman said, laughing. “He told me he had about three years left, and it's been 15.”

Chapman says Jalbert has been a ‘true blessing’ to the salon. Even the salon dog, Harper seems to be extra fond of him.

“I’ll do it until I can’t anymore.” Jalbert said.

Pulkkinen still makes the trip out to see him. The two have shared more stories than they can count over the years. However, it's Paul's latest adventure with Honor Flight Maine that has everyone talking.

“That's a thing for people to see,” Jalbert said. “I mean it's just heartwarming.”

Last month, Jalbert and dozens of other veterans took part in Honor Flight Maine's trip to our nation's capital.

Honor Flight Maine is a non-profit organization dedicated to bringing every World War II veteran to see their memorials in Washington D.C. Korean and Vietnam Veterans are also transported at a first-come, first serve basis.

The weekend trip, which is approximately $700 dollars, is provided at no cost to the veteran. They are accompanied by what’s known as a guardian, most times they are a friend or family member.

“We did a lot of traveling, but it was the trip of a lifetime.” Jalbert said.

He told Pulkkinen about the World War II memorial wall, describing how large it was up close in person. He said it was amazing to see all the names.

Had Jalbert’s co-workers not stepped in, the trip might not have happened. Chapman says it took some convincing, but eventually they got him to warm up to the idea.

“He said, ‘no I have too many ailments’,” Chapman said. “Well, we knew at that point we weren't going to take no for an answer.”

After some paperwork and lots of encouragement later, Jalbert was ready to go. It’s something he and others are so thankful he did.

“The happiness on his face when he came back,” Chapman said. “He was so excited that he went.”

“These people who donate the money to Honor Flight,” Jalbert said. “They are doing a great thing for these veterans.”

Paul says he is going to retire soon. How soon? He’s not quite sure. He still loves what he does. Still loves his clients. He says those memories and stories will always mean the world to him.

You can help make it possible for veterans fly to Washington D.C to see the nation's war memorials next year by donating to NEWS CENTER Maine’s Honor Flight Maine Telethon. It's happening this Thursday, November 21st.