On Monday, September 25, the Interior's Assistant Secretary of Fish, Wildlife, and Parks visited Acadia National Park to assess the need for repairs. 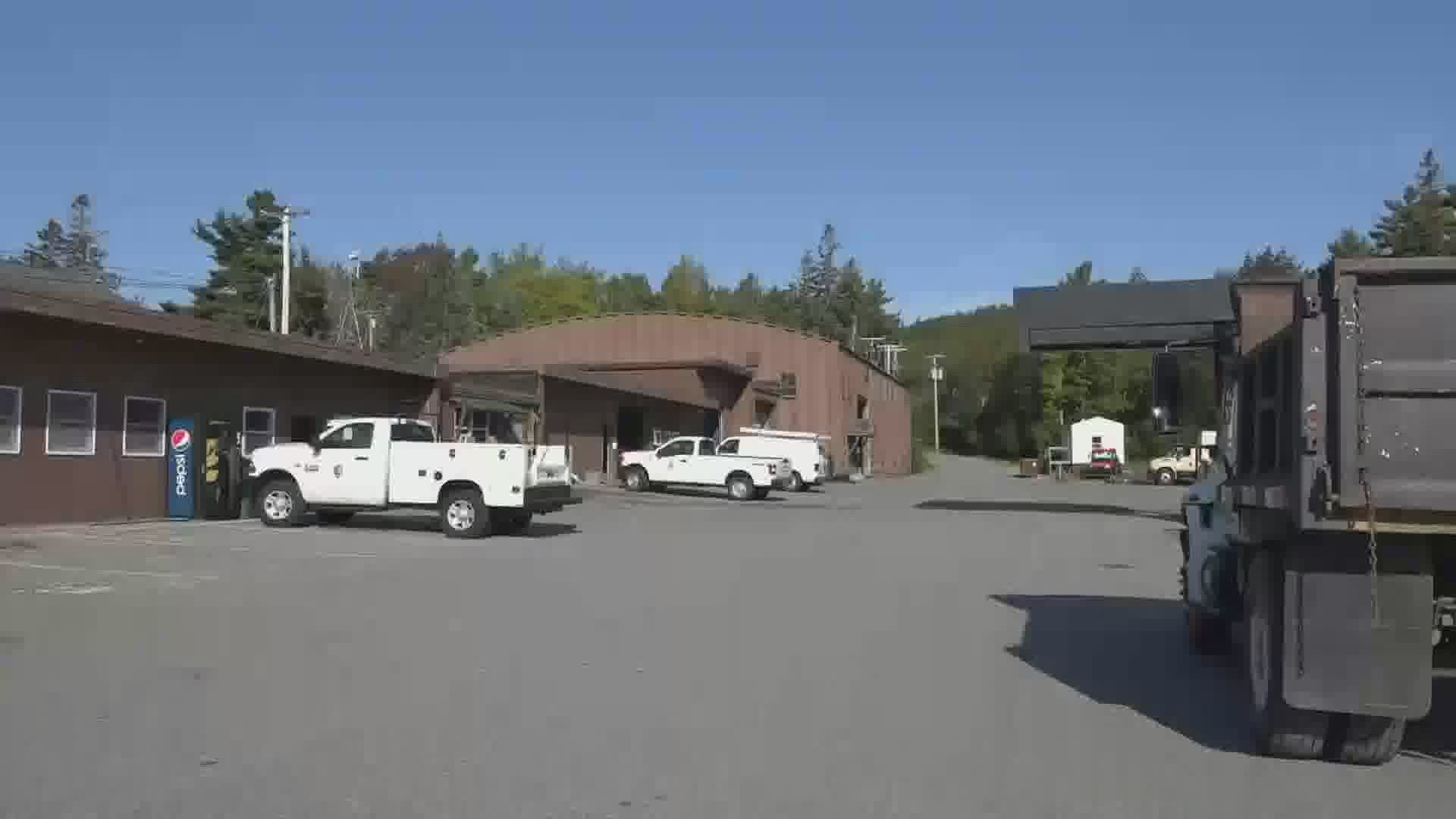 BAR HARBOR, Maine — A meeting that took place Monday morning at Acadia National Park could be the next step in securing funding for some major projects on the park's agenda.

Park staff members say a September 2018 estimate indicates the park needs more than 65 million dollars in repairs. One of the primary focuses is the Acadia National Park Maintenance Facility, located at 20 McFarland Hill Drive. Keith Johnston, the chief of facility management, told NEWS CENTER Maine the building was a job corps facility built in the 1960s that was deemed "structurally unsound" more than a decade ago.

The maintenance facility houses the tools and vehicles needed to take care of infrastructure in the park, like roads, trails, bridges, restrooms, and campgrounds. Johnston says staff members want the current building to be torn down and have nearly completed the re-design of the campus. Now, the issue is funding — which is why Johnston says they are now in this deferred maintenance situation.

"Stuff gets a little worse over time, and then you get into these big rehabilitation efforts," Johnston explained. "That's kind of where we find ourselves."

I’m LIVE at @AcadiaNPS to talk about funding staff members are hoping for to redo the park’s maintenance facility. Details about a meeting happening today with the Interior’s Assistant Secretary for Fish, Wildlife, and Parks on @newscentermaine at 5:30 and 6:30 a.m. #wakeMEup pic.twitter.com/I23FqmLupy

RELATED: Time-lapse of Acadia National Park reminds us to slow down

Rob Wallace, the Interior's Assistant Secretary of Fish, Wildlife, and Parks, attended Monday's meeting, which included a tour of the maintenance facility. Wallace has been at Acadia for a couple of days to assess repair needs. He has to submit a report about parks' needs system-wide to Congress and the public by early November, as officials work to determine how new funding via the  'Great American Outdoors Act' should be used.

"It’s a discipline. It’s a process for us to be able to demonstrate we’re doing it efficiently," Wallace told NEWS CENTER Maine. "If we do it well, I think the American public’s going to look back in five years when this money’s gone and say, 'Park service showed they know what they’re doing -- let’s think about doing it again.'"

Johnston and other staff members are hoping to receive funding for the project at the maintenance facility, as well as others at newly-acquired Bar Harbor Head Light and on Schoodic Point. Johnston says visitation has more than doubled in the past 10 years, with about 3.5 million visits annually. Acadia is one of the top ten most visited national parks, and in 2019, it supported about $380 million in economic contributions to the state's economy. It's why he thinks grooming of the park is perhaps more important now than ever.

"These spaces are truly special places, so it is important that we take the time and the energy (to) invest in them -- and keep them, so all our future generations can enjoy them," Johnston said.

"This is a once-in-a-career opportunity for all of us in the national park service to really address these deferred maintenance issues," Kevin Schneider, the superintendent of Acadia, also noted. "These are America’s treasures. These are the most sacred places in our nation."

Rob Wallace, the Interior’s Assistant Secretary for Fish, Wildlife, and Parks, is saying a few words at @AcadiaNPS’s maintenance facility in celebration of the passage of the Great American Outdoors Act. #NEWSCENTERMaine pic.twitter.com/kTiz7QFoUo

That sentiment spreads beyond Acadia, too. Alf Anderson, the executive director of the Bar Harbor Chamber of Commerce, says the success of the park directly impacts the village.

It's why he is also hoping the GAOA will provide funding for those projects, especially after a year that has already been difficult because of COVID-19.

"Everybody needs to put their best foot forward," Anderson expressed. "People are traveling in different ways, and you always have to compete for someone’s visit."

Johnston says Acadia has not received any funding for these projects yet, and park staff members are not sure exactly what's in the queue. They are hoping to know more in October. At this point, park staff members do not yet have an estimate regarding costs for the proposed maintenance facility project.