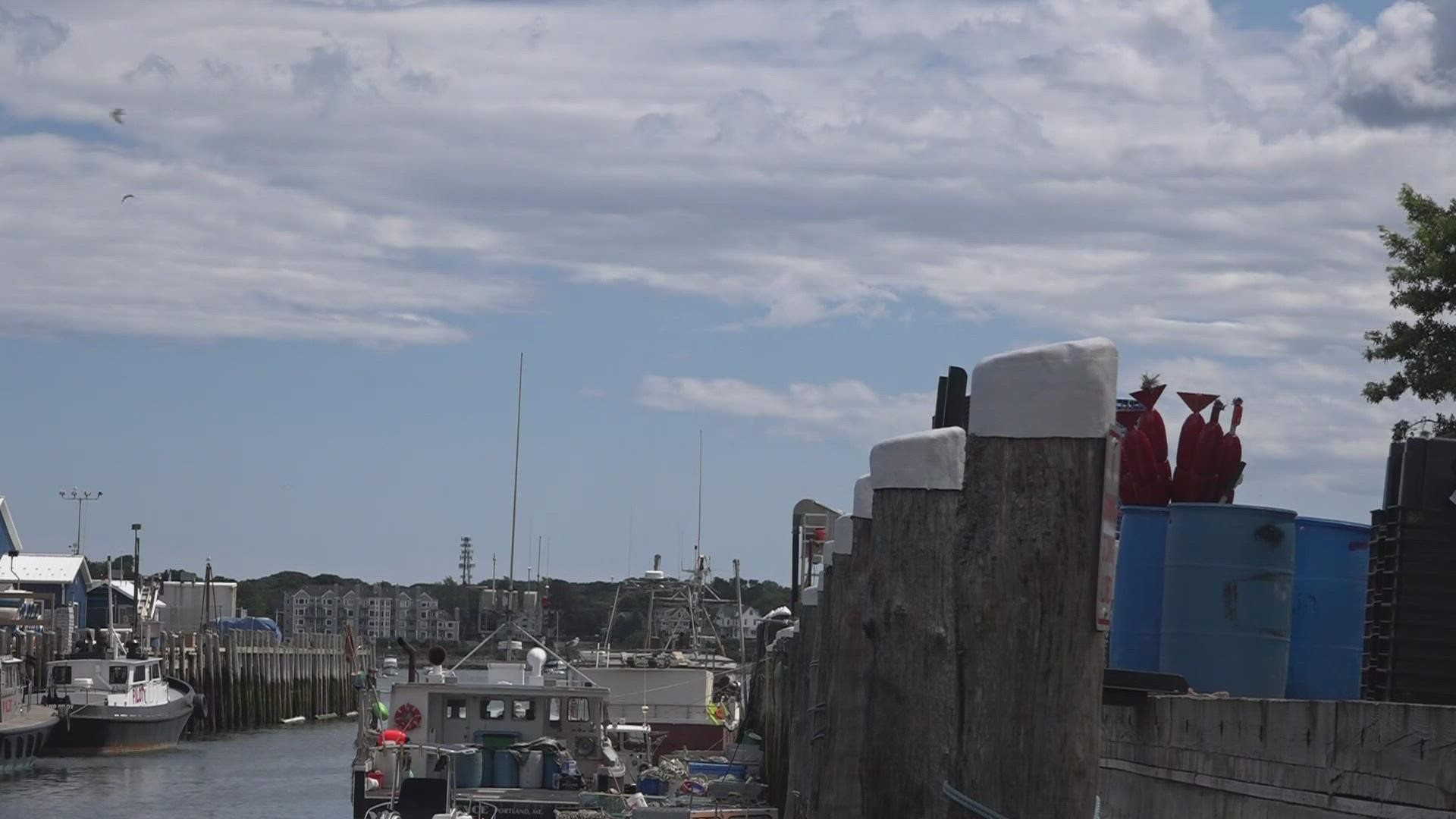 PORTLAND, Maine — New England Marine Monitoring is working on making things easier for fishermen here in Maine and across the region. To do that, the nonprofit is implementing new technology like better video review platforms, better cameras on boats, and increased artificial intelligence, which CEO Mark Hager said is the most exciting.

New England Marine Monitoring, in partnership with the Gulf of Maine Research Institute and Vesper, is developing artificial intelligence for fishermen.

Shamit Grover, a partner at Vesper, said while Vesper is not a fishing company, it can still help collect data that will help the fishing industry.

"We think we can create solutions that will be really helpful to fishermen," he said.

The goal is to make commercial fishing both economically and ecologically better. Hager added that artificial intelligence will be able to get through much of the "white noise" on a vessel as it's moving around looking for fish, and the video will create a colorful box around the fish.

Artificial intelligence is now being used on New England fishing boats. The square in the picture below represents where the fish are so fishermen know where to be looking #NEWSCENTERmaine
📸: New England Marine Monitoring pic.twitter.com/HJCQssY4u0

"The video reviewers that are watching this can really focus on that square instead of trying to watch the entire boat," Hager said.

This also helps boats with Federal Fisheries Monitoring. Typically, there are human observers on a boat to be sure the fishermen are following federal guidelines, but this technology could change that.

"The idea is to ultimately shift from having at-sea human observers," Blaine Grimes of the Gulf of Maine Research Institute said.

Instead, the observers can watch the video on land.

Hager added that fishermen were resistant at first, but "the tides are starting to turn and there's a lot of fishermen approaching us looking to use cameras instead of future," he said.

This technology isn't being used in Maine just yet, but it is being used on fishing boats in Massachusetts and should be coming to Maine soon.