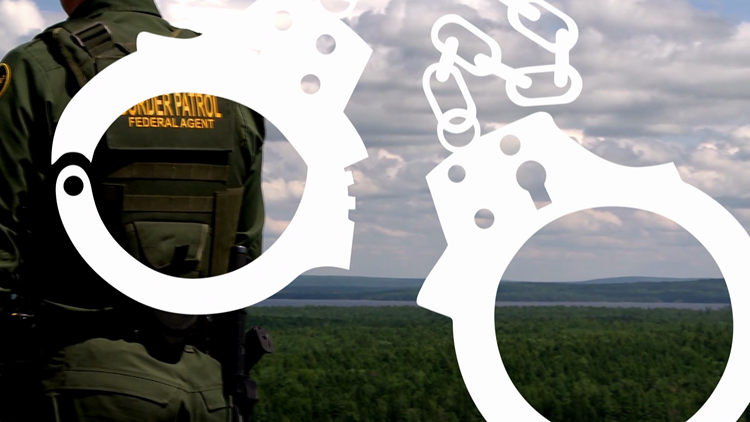 8 from Mexico arrested near Mars Hill in 'smuggling event'

A state trooper called for assistance last Tuesday night after stopping a vehicle near Mars Hills, CBP said. Responding agents found that all eight were in the country illegally, and that seven had come in through Canada.

The group was taken into custody and brought to the Houlton Border Patrol Station, where three of the eight were found to have been previously removed from the U.S., CBP said. They were charged with re-entry after removal.

Four of the others were charged with illegal entry of the U.S. The driver, also found to be in the country illegally, was charged with alien smuggling.

CPD described it generically as a "human smuggling event" in Aroostook County. A spokesperson told NEWS CENTER Maine that all eight of the individuals were riding in the same vehicle, a newer model Chevy Tahoe.

All eight were scheduled to be transferred to the custody of Enforcement and Removal Operations at Immigration and Customs Enforcement, or ICE.

Jason Owens, sector chief of Border Patrol in Maine, said agents have seen a "noticeable increase" in apprehensions compared to this time last year. He praised the agency's partnerships with state, county and local authorities.

Anyone with information of suspicious activity relating to illegal U.S. residents can call Border Patrol in Maine at 1-800-851-8727.