Anti-Kavanaugh protesters are staging a sit-in at Maine Senator Susan Collins' office in an attempt to persuade a 'no' vote. 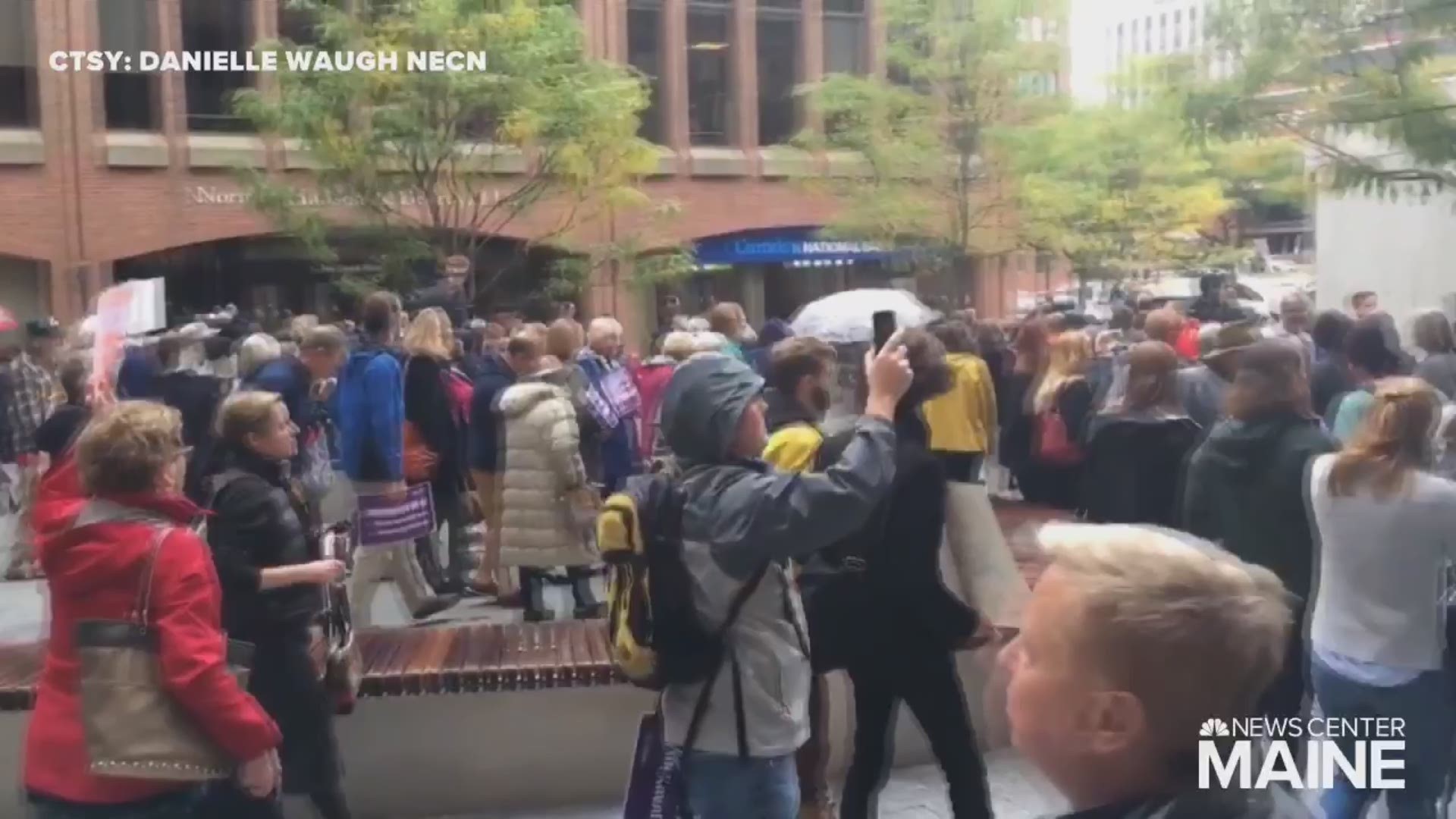 PORTLAND, Maine (NEWS CENTER Maine) -- Dozens of protesters gathered inside and outside Sen. Susan Collins' office in Portland, Maine ahead of Friday's Senate Judiciary Committee vote on whether to move ahead with the nomination of Brett Kavanaugh to the Supreme Court.

The protestors, mainly women, were there to urge Collins to vote no on Kavanaugh.

Collins and fellow Sen. Lisa Murkowski of Alaska, two Republicans who have been willing to buck party leaders before, have not yet said whether they will vote to confirm Kavanaugh in the final Senate vote.

With Republicans needing 50 votes to confirm Kavanaugh, Collins and Murkowski are said to be key votes.

Raw emotion inside Collins’ Portland office. Women staging sit in are talking about sexual assault and abusers. One woman started crying and said she had to leave. She is sobbing in the hallway right now. Collins staff taking notes.

RELATED | Protesters shout at Jeff Flake in elevator: ‘You're telling me that my assault doesn't matter'

Inside Collins' office, women staging a sit-in talked about sexual assault and abusers while Collins' staff took notes. One woman was so emotional that she went out in the hallway and began sobbing.

Outside, protester Theresa Foley fired up the crowd, speaking out against those who say women who were sexually assaulted years ago should have come forward then and not waited, referring to how Kavanaugh's accuser Christine Blasey Ford came forward decades later.

"These poor young girls that are still fighting this stuff. Women have to push and pull and push women up, not take them down," Foley said.

Flake, who has been mentioned as a potential 2020 presidential candidate, is scheduled to give a speech on Monday night at Saint Anselm College in New Hampshire.