9 Thanksgiving foods that will make your dog sick

If you care about your dog's health, think twice before feeding them off of your Thanksgiving plate. 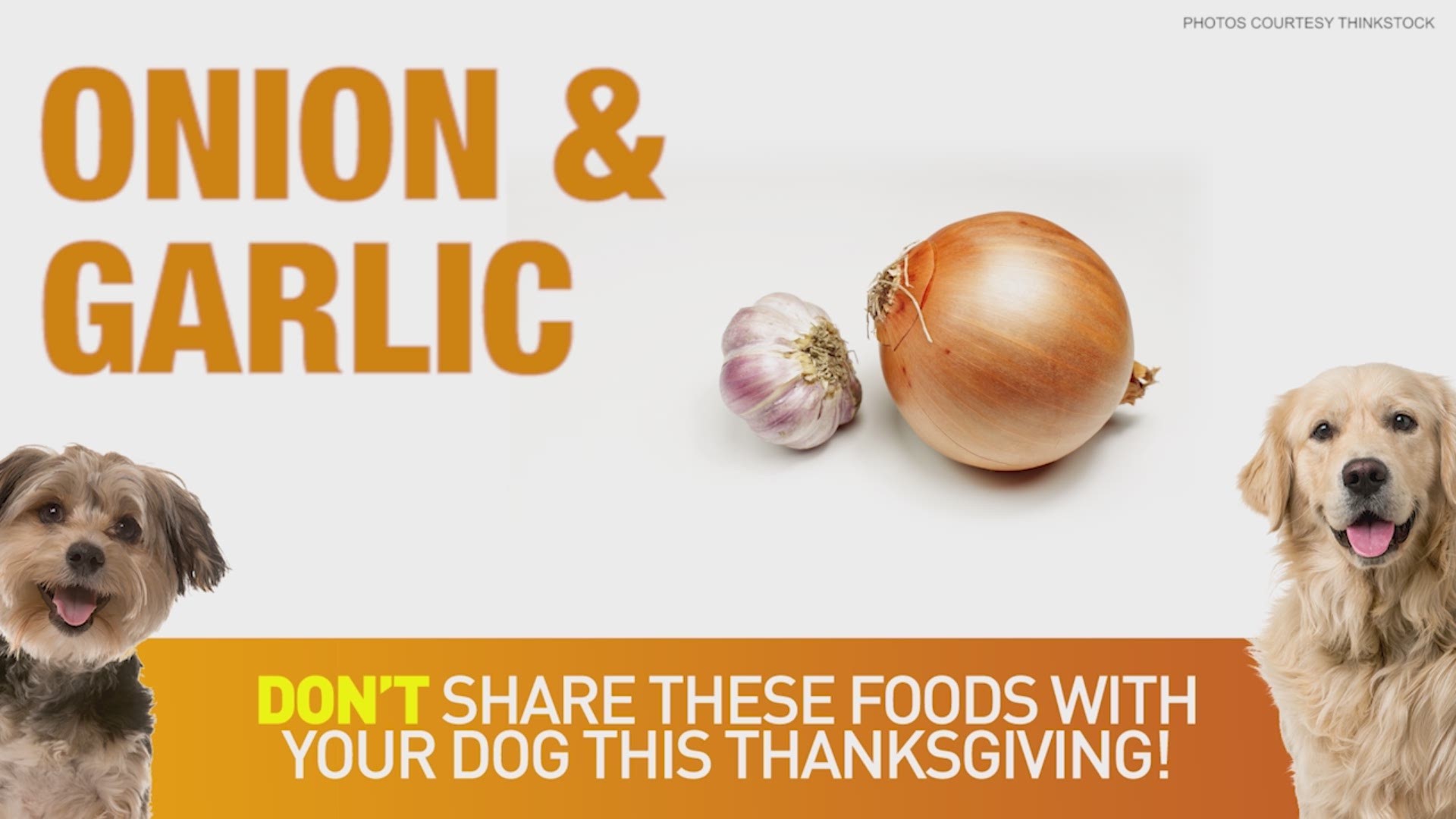 It can be tempting to feed your dog a little bit off of your Thanksgiving plate, especially if you have a pet that's prone to begging for food at the table. If you're going to give your dog a Thanksgiving treat, make sure you're not feeding them anything that will send them to the hospital. These popular Thanksgiving foods are a no-no for your pets.

Dogs love gnawing on bones, but if they swallow one it might cause problems. Poultry bones can splinter off in the esophagus or intestines and require surgery to remove. The fattier turkey skin can cause gastrointestinal distress and even life threatening inflammation in the pancreas.

Aside from the danger of choking, the twine used to tie up your turkey is also soaked in turkey juices. It may seem like a delicacy for your pet, but the string can carry bacteria and cause salmonella poisoning.

Corn on the cob

A few kernels of corn is generally not harmful to dogs, although some dogs may have allergies this popular side dish. Make sure to keep your dogs away from whole cobs of corn however. They're extremely difficult to pass through a dog's digestive system, and can cause bowel obstruction, which requires surgery to fix.

Garlic and onions are commonly used aromatics during the holiday season. They add depth of flavor to many dishes, but will damage red blood cells in dogs, which leads to anemia. Common symptoms are vomiting and diarrhea, weakness, and pale gums. The symptoms may take a while to show up, so your pet may seem fine for a few days before suddenly becoming weak.

Grapes and raisins are poisonous to dogs.If your dog eats them, it will cause vomiting and diarrhea, and even shut down their kidneys. Getting your dog treated immediately by a vet after they ingest grapes will help prevent kidney failure.

Homemade gravy is often made with the fatty drippings left over from your turkey. Just like with turkey skin, the high fat content can cause gastrointestinal distress and life threatening inflammation. Aside from gravy, you should keep your dog away from any other dishes that are high in fat, such as mashed potatoes with butter.

The yeast that makes bread fluffy and delicious can seriously hurt your dogs. Once unbaked bread is in the warm, moist environment of your dogs stomach, it can continue to rise and cause a bloated or twisted stomach. Ethanol, which is a byproduct of fermenting yeast, can also be quickly absorbed into your dog's blood stream and cause alcohol poisoning.

Chocolate contains a chemical called theobromine, which is easily metabolized in humans but not so much in dogs. Milk chocolate will have less of this substance than dark chocolate, and larger dogs will be able to ingest more chocolate than smaller dogs without getting sick, but it's a good idea to keep your dogs away from chocolate completely. Small amounts will give your dogs vomiting and diarrhea, but chocolate in large quantities can produce seizures, muscle tremors, and irregular heartbeats.